Ubisoft has released a long video showcasing some gameplay for the recently delayed Skull and Bones, focusing on the game's narrative adventures. 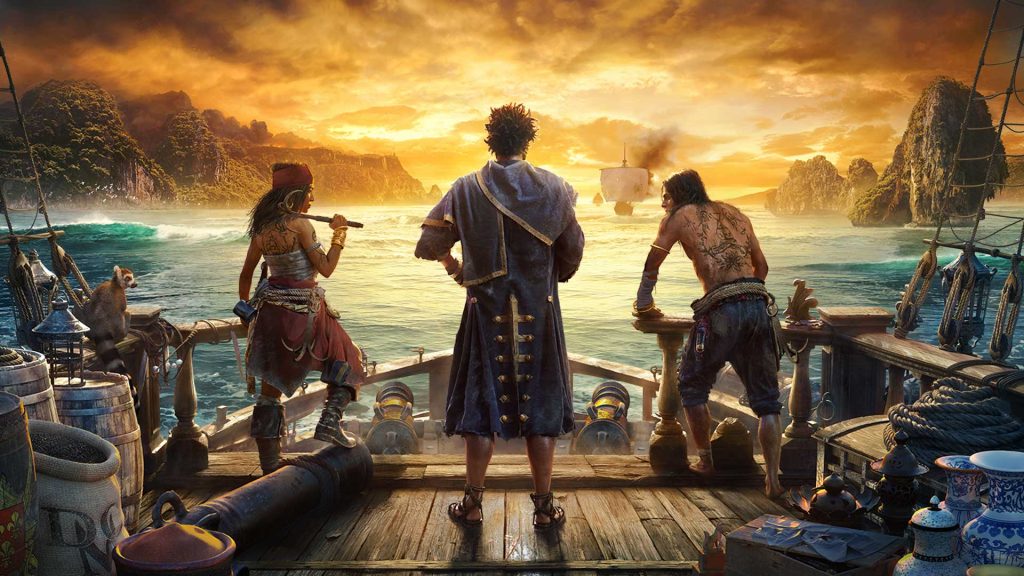 Ubisoft has released 30 minutes of new footage for its recently delayed (yet again) pirate game Skull and Bones. The video, dubbed The Deck, focuses on the game’s “narrative gameplay“.

The video showcases several different aspects of gameplay of Skull and Bones, such as outposts, activities, and even a hint at the game’s story.

Going by the video, the approach Skull and Bones is taking with its storytelling seems quite similar to how the other pirate multiplayer game, Sea of Thieves, does it; it has players partake in regular pirate activities, with the added framework of story happening around them.

For example, in telling a story about a brother and sister who claim to be the rightful heirs to the region, players first have to set sail to where the brother has supposedly run away with the crown. This is then followed by finding a clue at a shipwreck, giving players their next destination.

According to Ubisoft, these stories aren’t meant to be a narrative guide through Skull and Bones, but rather, are meant to fill in the backstory for several characters in the game.

Skull and Bones, having been delayed again, doesn’t yet have a solid release date. Rather, the game is set to be released some time in FY 2023-24.