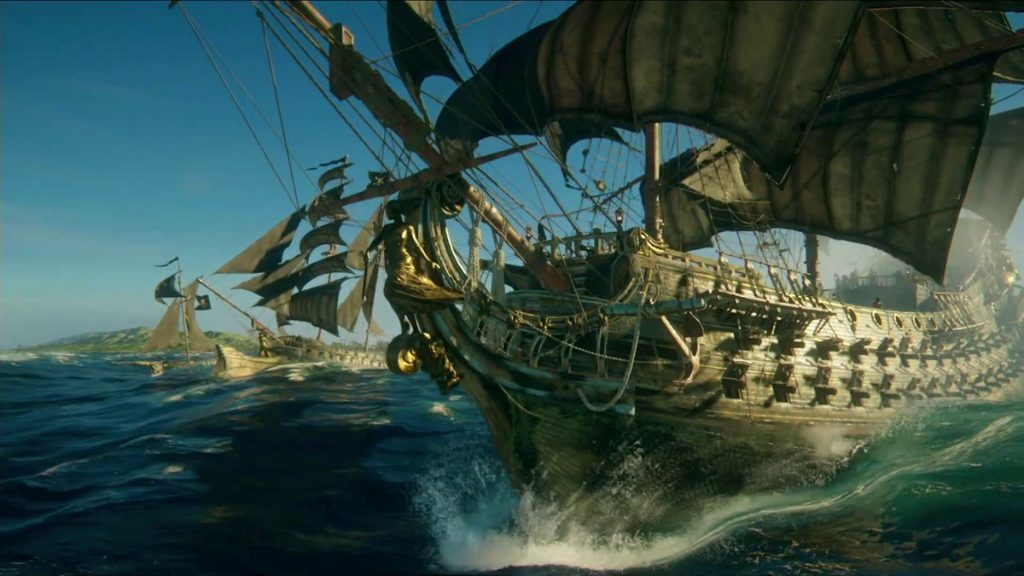 What is it with pirate games these days? Microsoft has Sea of Thieves and now Ubisoft has announced Skull and Bones. The difference here is that while the former is happy and jolly, the latter is realistic, gritty and violent. Check out the cinematic trailer below.

Developed by Ubisoft Singapore, Skull and Bones is described as a tactical action game taking place in a shared systemic world. Players can fight solo or with friends, competing in seasons to become pirate king.

Loot Hunt, the 5 vs. 5 PvP mode of Skull and Bones, was showcased so check it out below. It’s the Raiders vs Cutthroats in a match to garner loot.

Players are encouraged to master the wind to position themselves correctly. Splitting up is also encouraged and each ship has different strengths and weaknesses. Also Krakens seem to be involved.