David Hayter and Robin Atkin Downes are getting together for an interesting livestream. 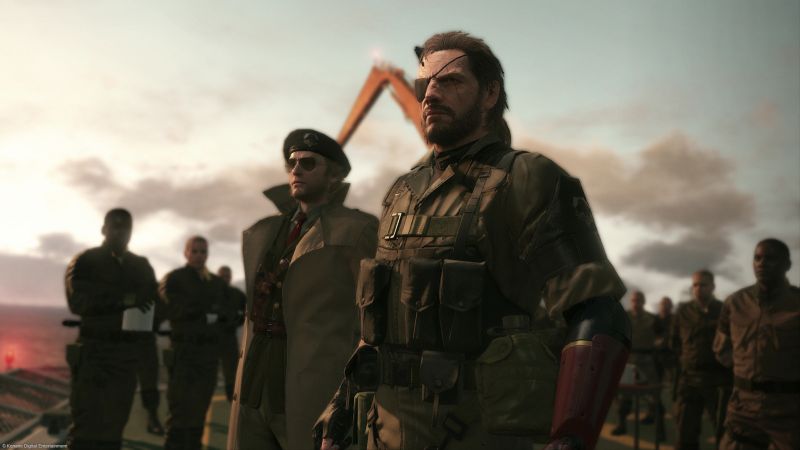 A couple days back, we wrote a report on a possible impending Metal Gear Solid-related announcement, something that was looking very likely thanks to some cryptic teasing by the likes of Robin Atkin Downes – the voice of Kazuhira Miller – and David Hayter – Solid Snake himself. And though we speculated in the report that an announcement for this might possibly be coming in December at The Game Awards (based on another tweet by Downes), some more information might be coming our way much sooner than that.

Downes has put up another tweet, stating that he’ll be holding a livestream on Periscope on October 21 at 2.30 PM PDT – which is just a few hours from now – and that he’ll be joined by David Hayter for the stream. “Tune in and ask some questions,” he adds, which is followed by emotes of a snake and a hamburger- which veteran Metal Gear fans will automatically know the meaning of (they’re associated with the characters of Solid Snake (obviously) and Kaz Miller (don’t ask) respectively).

So yes, it’s entirely possible that some more information is incoming. Or maybe just more teases, which seems far more likely, to be honest. But hey, something’s better than nothing, right? Either way, stay tuned to GamingBolt, and we’ll keep you updated.

Tomorrow I'll be going LIVE with the Boss @DavidBHayter at 2.30 PM (PDT) on @PeriscopeCo! Tune in and ask some questions…🐍🍔❗

Along with appearances by several actors who voice in-game characters, there will be a performance by Hu Ito, ...

The new 4-star character possesses the Cryo Vision and uses a sword, and should be available next week in a ne...

Shadows of Rose offers several hours of new story content, enemies, and puzzles. Here's how to solve all of th...

God of War Ragnarok's combat makes a number of key improvements- here are the ones that have stood out to us.