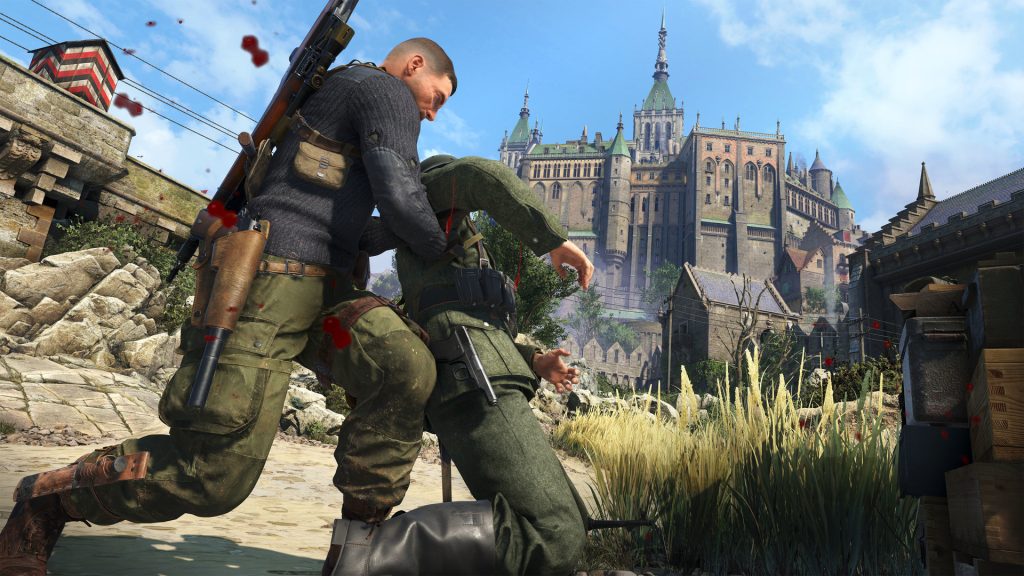 Rebellion Developments’ Sniper Elite 5 is out on May 26th and ahead of its launch, the developer has released a new trailer. It goes over the various stealth options in-game and how one’s approach to sneaking can differ significantly from Sniper Elite 4. Check it out below.

As OSS operative Karl Fairburne, there are a number of different maneuvers in one’s repertoire for disposing of enemies. To ensure faithfulness to the various takedowns and CQC tactics, military advisor Paul Biddiss was brought on and also acted as Fairburne’s motion capture artist. As Biddiss notes, “All the takedowns are realistic to the training that was given to SOE operatives. Everything is realistic. There is no embellishment.”

Of course, the developer also talks about how players can tackle missions from a completely non-lethal perspective. You can choose to avoid guards altogether or incapacitate them without killing. This extends to the kind of weapon being used, from the distance at which shots are audible to the ammo. As one explores the level, various hidden areas may crop up that provide alternate routes to one’s objective.

Sniper Elite 5 releases for Xbox One, Xbox Series X/S, PS4, PS5, and PC along with launching day one on Game Pass. For more details on its features, head here.