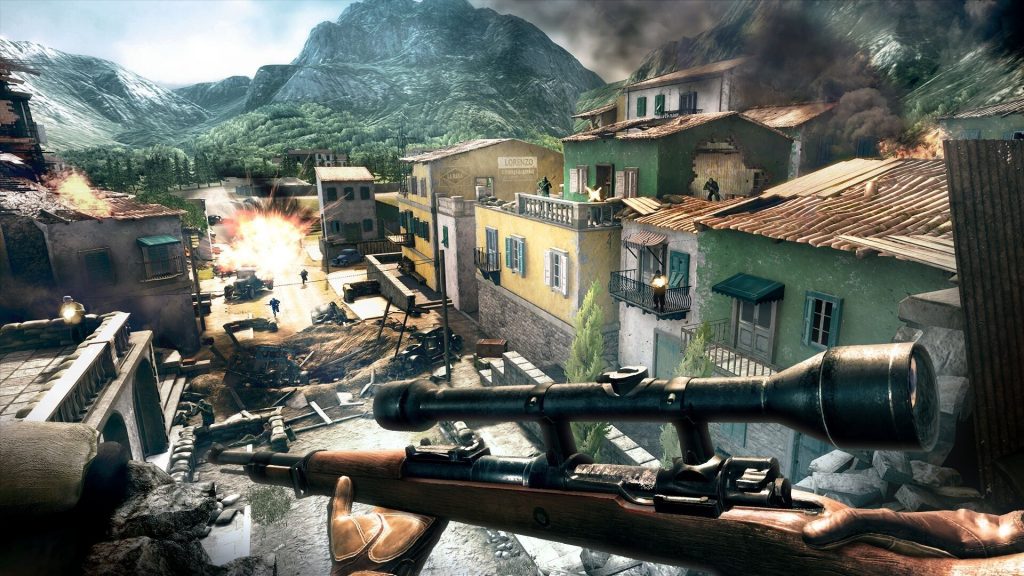 As part of the litany of recent PlayStation VR announcements, Rebellion Developments announced that Sniper Elite VR would be releasing on July 8th. Developed alongside Just Add Water, it will be available for PlayStation VR and PC VR headsets like Oculus Rift, Valve Index and HTC Vive. A new trailer has also dropped that’s full of action. Check it out below.

Despite the prevalence of explosives, SMGs and pistols, Sniper Elite VR still retains the sniping gameplay that’s made the series a success. It takes place in 1943 Italy with the Resistance battling against the Nazis across 18 missions in the campaign. You could go all out and mow down enemies or utilize stealth and find the right opportunity (movement is free rather than guided).

When utilizing a rifle, wind direction and ballistics will need to be taken into account. But pull off a particularly nasty shot and the X-Ray Kill Cam goes to work, showcasing the destruction in slow motion. Stay tuned for more details on the title in the meantime.