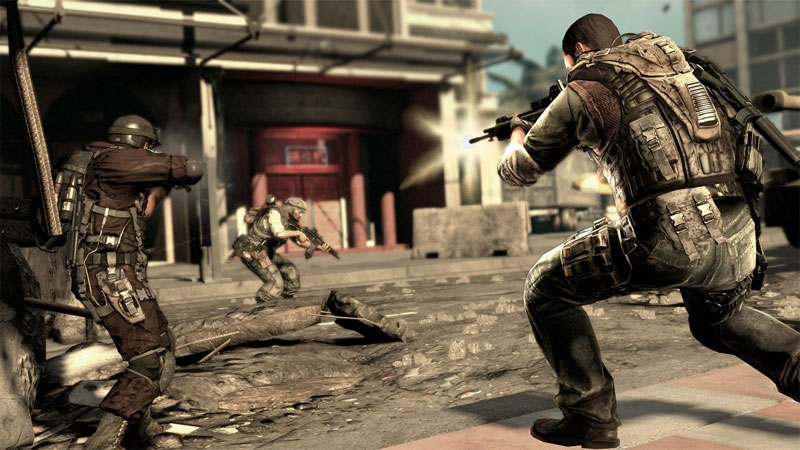 The Private Beta for SOCOM 4: U.S. Navy SEALs has begun.  It started on March 15th and will end on March 21st with it being an invite only beta.  People that have Playstation Plus will get access to the second stage of the beta on March 22nd while Killzone 3 owners will get to use their code for access to the beta on March 29th. The beta will be available to everyone through the Playstation Network starting April 5th and will end on April 12th. Enough dates for you yet? Well one last date and that is the release date of the game on April 19th exclusively for the Playstation 3.

Currently the private beta includes two maps which are Port Authority and Assault & Battery, with all four of SOCOM 4’s multiplayer modes in the beta playable in both the Standard and Classic play types:

* Suppression: The SOCOM take on team deathmatch.
* Last Defense: Capture controls points, discover the enemy base and destroy it.
* Uplink: Steal enemy data and deliver it to your base.
* Bomb Squad: Defend your bomb technician while he disarms enemy explosives.

There will also be testing of Custom Game types which is pretty cool, and these include:

This is all just for the private beta only but I would expect the second stage of the beta to be similar.  SOCOM 4 will feature 32 Player Versus and 5 player co-op!  Produced by Sony Computer Entertainment and Developed by Zipper Interactive, it’s once again out on April 19th for the PS3 only.  Check out some multiplayer gameplay footage right here.