The next game from Heart Machine gets a trailer to celebrate its launch that shows off its trippy art style, among other things. 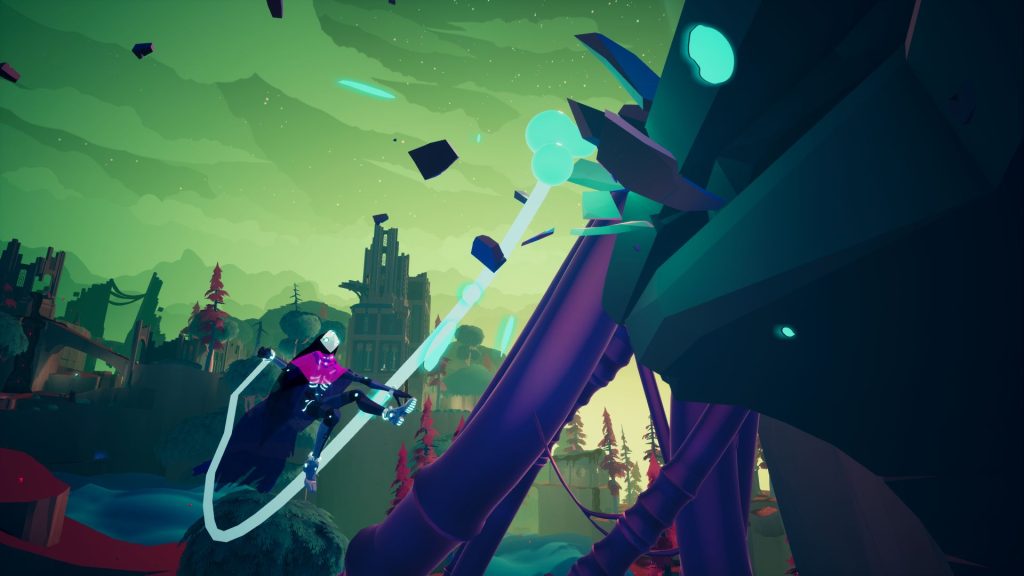 While Solar Ash, the next game from Heart Machine, did end up suffering a delay, it still managed to make it out this year. The game looks to be something of a combination of their last game, Hyper Light Drifter, and other titles like Shadow of the Colossus. It has what looks to be a trippy and contemplative vibe, which gets shown off for its launch trailer.

The trailer, which you can see in full below, gives you a good look at the game’s trippy art style. It’s similar to the look of Hyper Light Drifter, but since it’s a full third person action game, it looks even more stylized. The trailer is narrated by some who warns the protagonist they are letting their passion blind them, and that they are unable to save anyone, as various bits of gameplay show your character hacking away at various enemies, including the huge bosses you’ll have to topple.

Solar Ash is set to release on December 2nd for PlayStation 5, PlayStation 4 and PC. We found the game an interesting, if uneven, affair, and you can read our full review through here.