Despite no stage event, Sony could have a lot to showcase for attendees at Gamescom.

Doom and gloom was the theme for my article on Microsoft’s upcoming Gamescom 2017 conference. You’d expect Sony to have things in the bag but like last year, Sony won’t have a conference at Gamescom. The reasons are pretty obvious – why compete with Microsoft for attention when you could hog Paris Games Week and host PlayStation Experience to show off your wares? Microsoft’s staunch refusal to show off anything when the year is coming to a close often works in Sony’s favour – the PS4’s line-up pretty much dominated the beginning of 2017.

"Gran Turismo Sport will be Sony’s next big exclusive on the PS4 and we’ll hopefully get a look at how the career mode works."

So if Sony isn’t hosting any kind of show at Gamescom, what will it be doing when the show floor opens from August 23rd to 26th? The company will be present – a quick look at the Gamescom exhibitors list indicates that Sony Interactive Entertainment Deutschland will be attending the event. It will be showcasing its console and VR platforms along with action/adventure, racing and family entertainment games. Attendees will be able to try out these experiences but the question is, what could Sony be looking to show off?

With regards to family entertainment, Gamescom looks like a good place for Sony to show off games that will support its new PlayLink feature. That’s You didn’t really kick off our enthusiasm for the platform but there’s lots more to come. The bizarre art-style of Frantics seems to make for a fun mini-game diversion, SingStar Celebration is…well, it’s SingStar so what do you expect? The real star is Hidden Agenda, Until Dawn developer Supermassive Games’ decision-based adventure title which focuses on players deciding the story’s direction. One player will receive a hidden objective though and this will be in direct conflict towards the others. Since a serial killer is involved, you can probably guess what that means (see: Murder motivated by that one jerk in your group).

Thankfully, I don’t believe PlayLink will be the only thing for attendees to try out at Sony’s booth. Given how soon it will be releasing, Uncharted: The Lost Legacy should be on hand to try out. Gran Turismo Sport will be Sony’s next big exclusive on the PS4 and we’ll hopefully get a look at how the career mode works. The overall nature of it, which seems to indicate more training than an actual campaign, hasn’t rubbed fans the right way. Regardless, a presence at Gamescom will allow fans to see how it works while those interested in the multiplayer and online racing can also have something to try. That is, unless Sony brings an older build that doesn’t showcase the career mode. 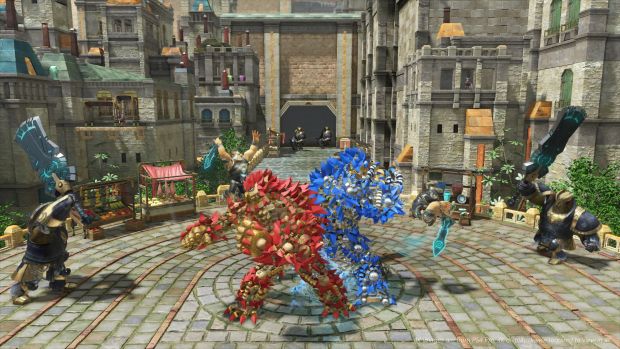 "As for Days Gone and Spider-Man, it’s hard to say. You’d think Sony would want to actually promote these games with demos and whatnot."

Knack 2 will also probably be there. Given how much I – and the rest of the world – cared about the original Knack, this could be lame. Then again, early impressions have been positive. With a release on September 5th, I’m actually thinking that Sony will promote Destiny 2 more than Knack 2 at Gamescom. But hey, it will likely be there to play.

Enough about this year though. Will the big names of 2018 and beyond, namely Days Gone, Spider-Man, Ni no Kuni 2: Revenant Kingdom, The Last of Us: Part 2, Detroit: Become Human and Death Stranding be at the event?

First off, let’s start with some confirmed games. Detroit: Become Human will indeed be at Gamescom in the form of a demo. We don’t know about the demo’s content but this let attendees see the extent of the decision making first-hand. With a release set for 2018, it makes sense for Quantic Dream to actually begin hyping up the game and getting it in more hands. Ni no Kuni 2: Revenant Kingdom hasn’t been outright confirmed as present but an official Gamescom 2017 trailer has been making the rounds. It’s only a few months out so it makes sense that it will be present on the show floor.

As for Days Gone and Spider-Man, it’s hard to say. You’d think Sony would want to actually promote these games with demos and whatnot. After all, if they’re going to make up Sony’s exclusive slate for 2018 and release in the first half of the year, why not take every opportunity to showcase them? Which is all well and good but Sony could just save them for the PlayStation Experience where even more eyes will be present on the brand and attendees still get a chance to play. It’s a real toss-up especially since the company has expressed interest in doing things for Europe but will also be at Paris Games Week. At the very least, we’d have to assume that Spider-Man would be playable but again, don’t get your expectations too high.

"Sony may not be hogging the spotlight at Gamescom 2017 with a stage event but it should have a strong number of games to engage the crowds."

The Last of Us: Part 2 will not be present because obviously. This is a game that’s practically made for the big stage. If nothing else, there could be some news on it but even expecting a trailer at this point seems like wishful thinking. Death Stranding probably won’t be there. Heck, it probably won’t be anywhere till The Game Awards or PSX (though Tokyo Game Show seems like a decent possibility).

As for PlayStation VR, Sony will likely offer a closer look at titles like Bravo Team and Moss. Skyrim VR will likely be present along with Final Fantasy 15: Monster of the Deep. Square Enix is promising some other good news for Final Fantasy 15 so don’t worry about a VR fishing game being it. None of this is confirmed, by the way, but given how many PS VR titles have been confirmed for the remainder of 2017, it would make sense to hype up the current roster right now.

Sony may not be hogging the spotlight at Gamescom 2017 with a stage event but it should have a strong number of games to engage the crowds. With the sheer dominance that the PS4 has had since, well, launching, the company doesn’t have to try too hard to impress. But if even two or three major title make an appearance and manage to “wow” us, it could be enough.