The upcoming next-gen VR headset doesn't seem to be justifying its steep price point in the slightest right now.

The way Sony has chosen to roll out information on the PlayStation VR2 has been strange, to say the least. Officially announced back in January of this year, there haven’t been a ton of major updates or reveals for the virtual reality headset since then, and weirdly enough, the few important announcements that have come along have mostly come in the form of PlayStation Blog posts. No flashy trailers, no showcase events- it’s all really been a bit unceremonious.

Another major update for the headset was dropped in similarly unceremonious fashion, when Sony announced the PS VR2’s release date and price with an update on the PlayStation Blog. And how to put this mildly- it didn’t go well. When it launches on February 22, 2023, the PS VR2 will cost $549.99. There’s backlash against the announcement has been nearly anonymous, and it’s not hard to see why. And frankly, it’s a little hard to understand why Sony thought it was a good idea to launch the headset at this price. Because really, logic would dictate that things are going to go poorly for it. 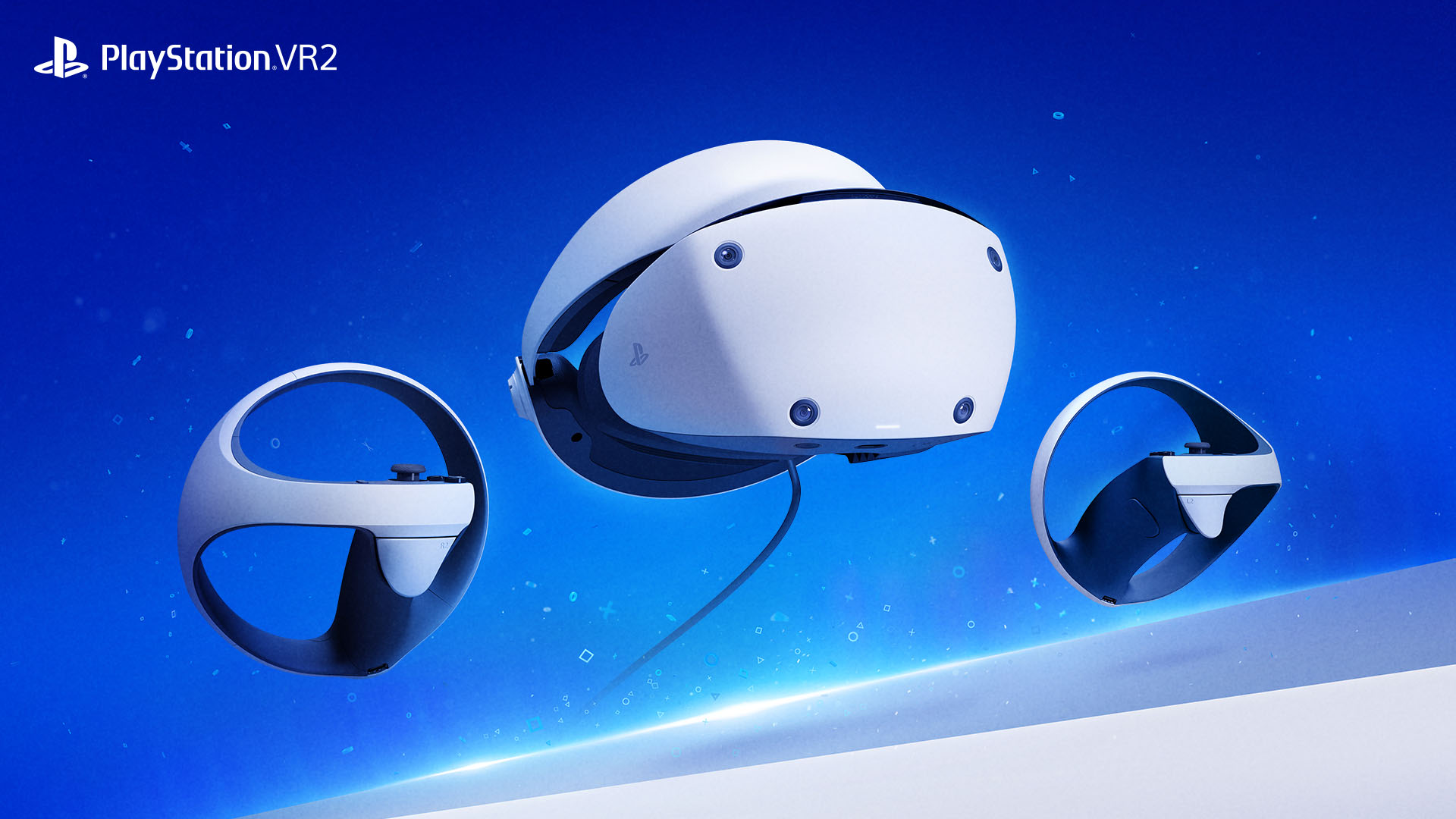 In fact, the deeper you look into the price, the stupider it seems. $549.99 is a ridiculously steep price for PS VR2 as it is, but it’s also worth remembering that this is a peripheral, which means you can’t use it unless you have the PS5- which, somehow, is cheaper than the headset. Yes, we live in a world where a console’s peripheral is significantly costlier than the console. No, it’s not exactly a new occurrence – Sega went berserk with this sort of stuff back in the day – but it was stupid back then, and it’s still stupid now.

And of course, the PS5 itself isn’t exactly a cheap purchase either. The discless version costs $400 while the regular model costs $500- either way, that’s already a pretty hefty chunk of money you’ve had to pay before you even purchase the PlayStation VR2. Once you do purchase it, you have, at the very least, spent $950- over a thousand if you have the PS5 model that comes with a disc drive. And you haven’t even spent any money on games yet!

Virtual reality is a niche subsect of the market – the most successful VR headset on the market is still a long, long way off from breaching even the 20 million units sold mark – so it’s hard to understand why exactly Sony has deemed it wise to launch a new niche hardware product at such a steep price, and right in the middle of a global recession, at that. It’s not like the VR space is lacking in options, in spite of how niche it is, so it’s not like people who’re interested in VR are going to have no other option but to buy a PS VR2. Something like the Quest 2 – a respectably powerful device that is much more convenient to use and has a solid library of games – will set you back between $400-$500 (after its recent price hike), which isn’t necessarily cheap either- but you’re not going to need an already-costly console to be able to use that. You can just jump into it straight away.

With anything new hardware launch, the ultimate question is always this- does its library of games justify its price, no matter what the price is? So far, the answer is no. Of all the games that have been officially announced so far, there aren’t a great many that have looked unmissable. Yes, Horizon Call of the Mountain, which is going to be a launch title, has looked promising, but there isn’t exactly a crowd of people out there who’re absolutely dying to get their hands on the game at any cost. Firewall Ultra is in development for PS VR2, and it’s looking good so far, but again, it’s not exactly what you’d call a killer app. Same with the likes Resident Evil Village and The Dark Pictures: Switchback- promising games, yes, and potentially great experiences. But enough to make the vast majority of people want to go out and buy $550 on the headset? Unlikely.

Looking through other games that have been confirmed for the headset so far, it’s hard to point to any one of them as the system-selling game that any new hardware launch that is this pricey needs to have right off the bat. In fact, the vast majority of them are easily accessible on other devices. The Walking Dead: Saints and Sinners – Chapter 2: Retribution is looking promising, but it will also be coming to the Quest 2 and the original PSVR. No Man’s Sky VR? Available elsewhere. The Light Brigade? Also coming to the original PS VR. Cities VR? Available elsewhere. Hello Neighbor: Search and Rescue? Also coming to the original PS VR. The list goes on. The one game that would have been an exception to this, the one game that would have convinced many to go out and buy the headset in spite of not being exclusive to it, would have been Half-Life: Alyx– but that announcement, sadly, is yet to be made.

Of course, it’s no secret that as is the case with any PlayStation hardware, the PS VR2 is going to rely heavily on Sony’s first party output- Horizon Call of the Mountain is going to be an early example of that, seemingly. But here’s the thing- so far, Sony has announced nothing for it other than Horizon. If, at the very least, we knew that there were promising flagship first party titles coming to PS VR2 down the road, we’d have that to look forward, but even that isn’t the case right now. 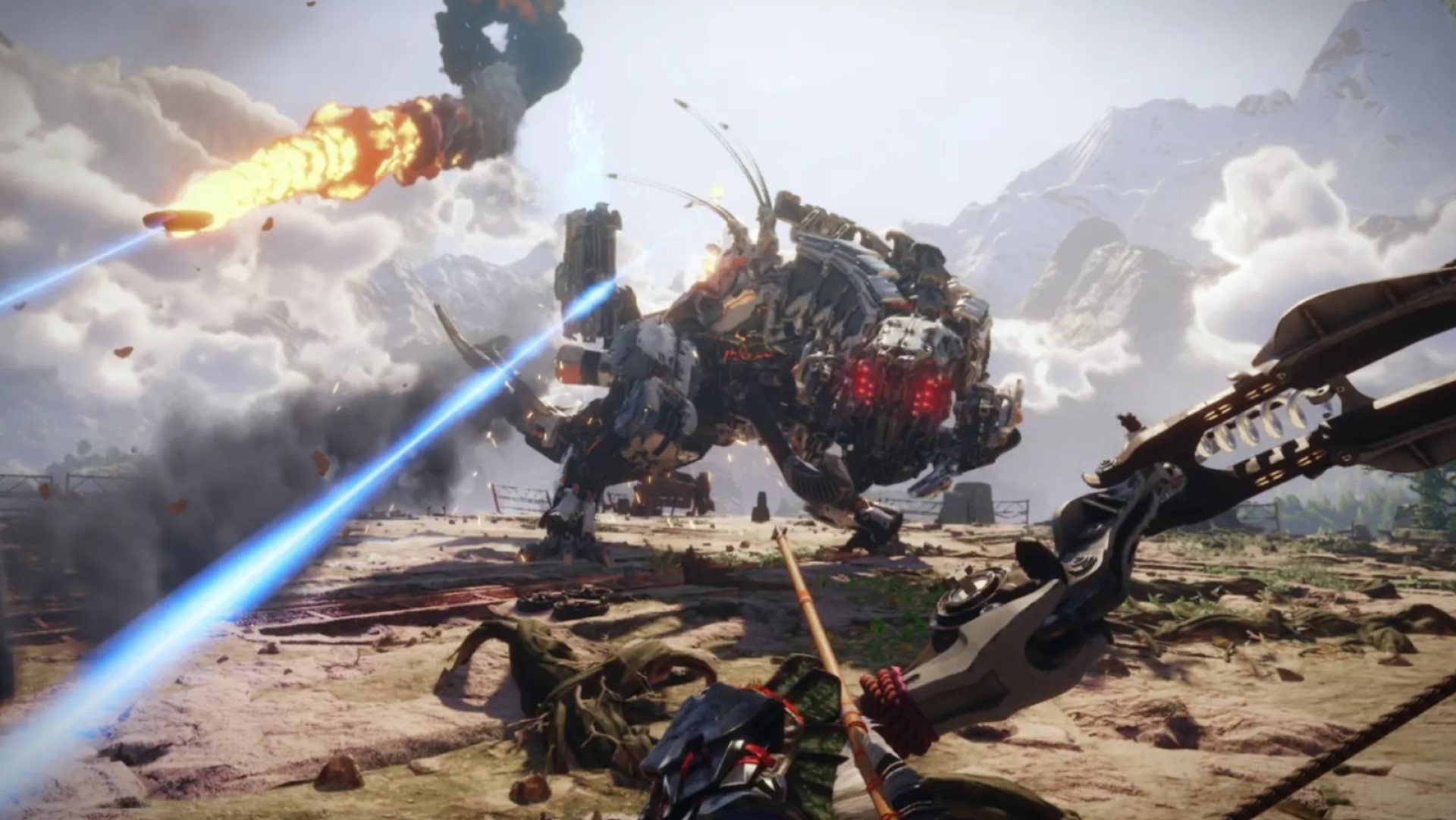 Besides, how much will Sony want to split its development pipeline to allocate resources to VR development? PlayStation is already making a push for live service experiences as it is, while premium console titles are going to continue to be a focus as well- will Sony want to make sacrifices on either of those fronts to focus on premium VR titles, or will it instead hand out VR games to external or smaller internal teams? The former seems almost impossible, and the latter is far from ideal, and unlikely to lead to good games. After all, handing off first party titles to other teams was exactly the approach that Sony took with the PlayStation Vita, and look where that got them- the handheld device’s first party support was poor, especially by Sony’s standards, and most of the first party games it did get were disappointing (to say the very least).

Given its unreasonably steep price, the easy availability of established competitors, the less-than-stellar first impression its software support has made, and the inherently niche nature of VR as a medium, it just seems virtually impossible that the PlayStation VR2 will be able to even come close to achieving the sort of success that Sony is expecting. Reports have claimed that Sony is looking to ship over 2 million units of the headset in the first quarter of 2023 itself, but it seems unlikely that it will be in that sort of demand, given the circumstances of its launch. Right now, the PS VR2 seems to be doomed to the fate of the PS Vita- a promising piece of hardware let down by baffling financial decisions.