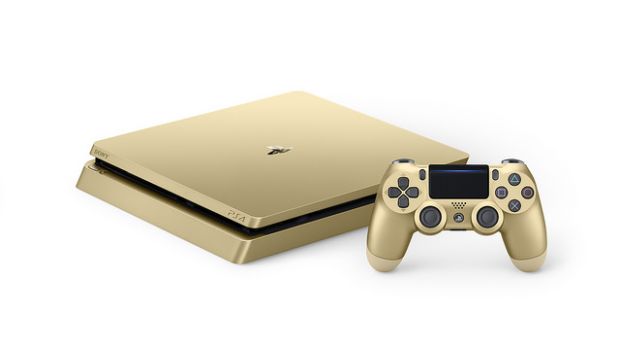 Over the past year, the games industry has taken an unusual turn. More triple A titles have micro-transactions not only baked into them but as an integral part of the gameplay experience. Microsoft released an upgraded Xbox One console but didn’t offer a lot by way of exclusives. Some of the best gaming experiences have come from unusual sources like Larian Studios, Platinum Games and the old-school Nintendo with its new Switch console.

However, Sony has played a fairly big part in this year’s quality releases. A number of them like Persona 5, Nioh, Uncharted: The Lost Legacy, Horizon: Zero Dawn and Nier: Automata continue to remain exclusive to the PS4 (with two releasing for PC later). Then you look at their upcoming games line-up which includes  Days Gone, Detroit: Become Human, Spider-Man and much more. Is there still value in these exclusives and how does Sony manage to keep delivering them even as game development costs apparently sky-rocket?

GamingBolt spoke to IDC Research Director for Gaming and VR Lewis Ward who stated that, “Well, like Nintendo, Sony has a massive worldwide game development team. Sony of course makes movies and music and other forms of entertainment, so understanding story structure and character development is in their DNA. If you notice, they really don’t make free-to-play games that are open-ended and therefore have no clear conclusion other than player burnout.

“Sony’s internal studios like to tell beautiful looking stories that have some emotional impact, possibly with a deeper message or philosophy buried in them if you think about them. That’s an increasingly unusual position in the games industry. As far as exclusives games go, see this figure,” said Ward. 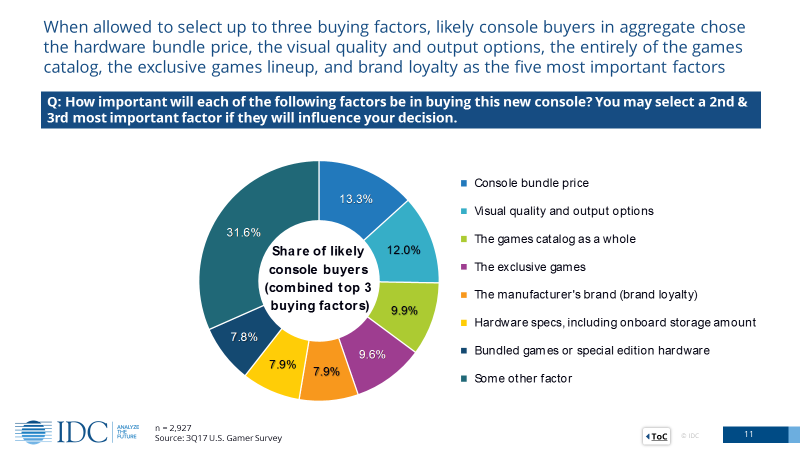 “This is from a survey of ~3,000 US console gamers in Q3’17, and as you can see, about 10% of respondents said the exclusive games catalog is a key reason why they’re leaning toward buying one console system over another in Q4’17. So exclusive games are far from the only factor in buying decisions, but they’re nearly tied for 3rd most important factor.”

So the next time you wonder how Sony has more exclusives than Microsoft or why it takes so long to get those games right, it’s probably due to how important such titles are for the PS4’s market share. What are your thoughts on it all? Let us know in the comments and stay tuned for our full interview with Lewis in the coming days.