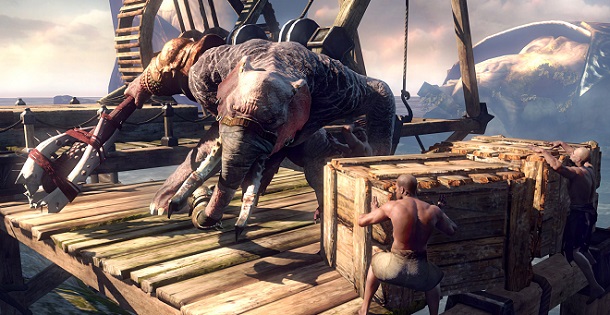 According to Gamasutra’s job listings, Santa Monica is looking for designers with experience working on “open world” games. Also, vehicular combat along with first and third-person shooters.

However, the listing for Senior Combat Designers seeks those who can help the team out with “character and boss designs from concept to implementation.” Experience developing or designing vehicle combat is considered “a plus”.

It sounds like its pretty much official that Sony Santa Monica next-gen project is already in the making. Santa Monica also teased previously on twitter that they something new might be happening at E3.

Keep your eyes peeled for Sony’s E3 2013 Press Conference, megatons will be happening in almost less than a month. Check back on GamingBolt for all the reveals soon.