To become stronger, players can visit COMP SMITH to apply mods to their COMPs or purchase Accessories for higher defense and stats. 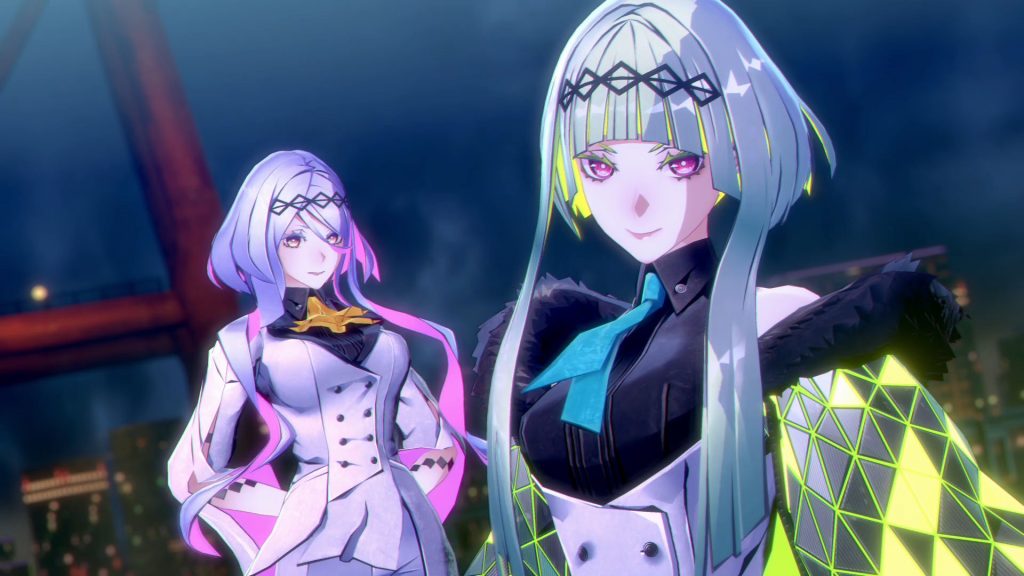 Atlus has released a new Summoner’s Guide video for Soul Hackers 2, this time showcasing protagonist Ringo’s combat abilities. We also learn a bit more about Figue (the other agent of Aion who functions as support) and progression elements to strengthen the Devil Summoners. The mysterious Flamma is also mentioned.

Ringo boasts high attack damage and can either attack with a katana-type COMP or a gun-type. She specializes in Electricity and Almighty skills, and can later expand on the number of skill slots for demons. Figue, as noted before, provides intel and can scout dungeons with her owl drone Mimi. Mimi also alerts players when enemies are nearby along with pointing out demons sent out for Recon.

There’s also Flamma, a mysterious entity who “tells us what we need to know in a matter-of-fact way.” Not much else is known about her but she helps “pass down the will of Aion” to Ringo and Figue. What this entails is unknown but perhaps it has something to do with their fascination in humanity.

As for the progression elements, players can travel to COMP Smith in the Mansei Realm facility to acquire materials. These can be used to apply mods to COMPs like increased attack, lower MP costs and so on (with Ringo receiving exclusive Commander Skills). You can also purchase Accessories in Zafiro for more defense and stats along with partaking in Hangout Events to boost Soul Levels which provide boons.

Soul Hackers 2 is out on August 26th worldwide for Xbox One, Xbox Series X/S, PS4, PS5 and PC. For more details on the story, primarily the main antagonists, head here.