As many of us know by now, the Playstation 5 will launch next month, on November 12th to be exact. Perhaps slightly less of us know that, in tandem with the launch of Sony’s newest console, we’ll also see a remastered version of 2018’s Spider-Man game release with the highly anticipated Miles Morales game.

Up until recently, the vast majority of the discourse surrounding this release was the Miles Morales game itself.. It’s going to put us in the shoes of Miles Morales with a very different moveset and totally unique story all of its own, so it makes sense that it would generate a lot of buzz.

The base Spider-Man game we’ll be getting on PS5 is not the exact same version as the one on PS4. As most Playstation gamers have learned to expect from Sony’s first party studios, this new version will have a nice, modernized coat of paint on it that takes the capabilities of the new console into consideration.

Here we’ll see improved character models, ray-traced reflections, and more ambient shadows, but that’s just the start of it. Insomniac is going even further with this remastered version with improved weather effects, eyes, teeth and even redoing the hair of the characters to give the game an authentic next-gen feel that seems to be adding up to a PS5 experience that can stand among the rest of them, at least in terms of graphics. On top of that, native 4k textures and a smooth 60 frames-per-second will also compliment the experience well and render this as the superior version from a gameplay perspective. All that said, with a remaster as thorough as this one intends to be, it appears that Insomniac, in order to update the Peter Parker model as they wanted- and I hope you’re sitting down- ended up recasting Parker with a different actor altogether. Now you may begin the six stages of grief. 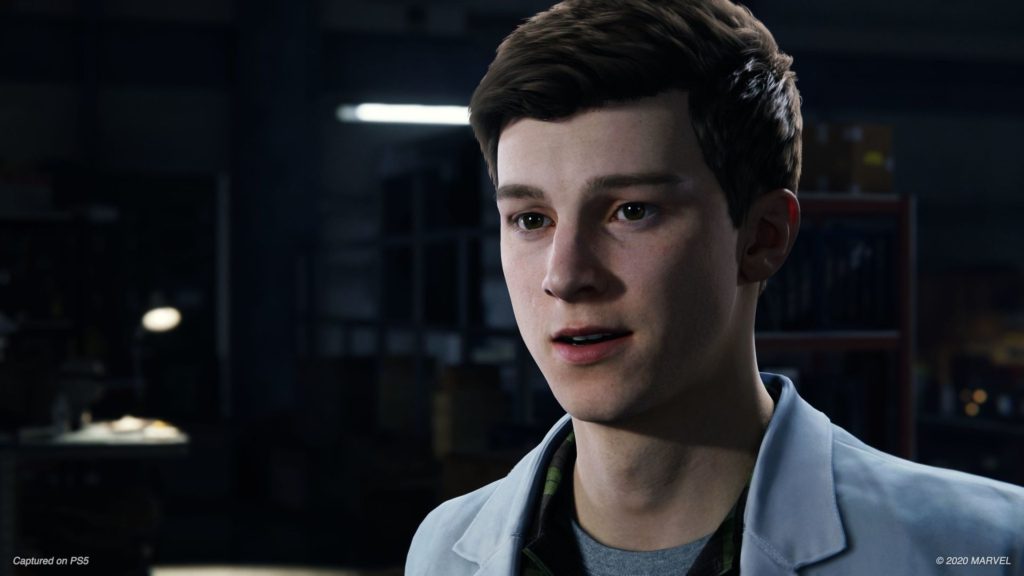 But joking aside, the backlash, despite being largely predictable and overblown, did come with it’s share of legitimate questions and concerns. For starters; why? We’ve seen great games get remastered plenty of times before, many of which are games with character models that are far older than 2018’s Spider-Man, yet, their likeness remained mostly if not entirely intact. So why did Peter Parker need such an overhaul when his original face, by all accounts, was pretty much a bullseye for the character? Was this actor chosen simply because he looks more like Tom Holland? And what does this mean for the future of Spider-Man games? What does it mean for the future of remasters? Should gamers just get used to the idea of not getting attached to any character’s face going forward if they can just be switched out at the drop of a hat like this?

All questions worth asking. I mean, imagine if Nathan Drake’s face was suddenly completely different in the next Uncharted. What if Masterchief’s suit was randomly changed to purple for Halo Infinite? That would actually be kind of cool, but the point is, people get attached to things, especially long-established characters with lots of lore and legacy behind them. It is not reasonable to ask that game developers use as much consistency as possible with future iterations of characters that everybody pretty much unanimously approved of? I don’t think it is.

What was not particularly reasonable, however, was the threats and harassment that came down on Insomniac staff following the news of the change, and the even larger amount of just general negativity and toxicity that swirled around the issue on public forums like Twitter and unfortunately continues to do so. 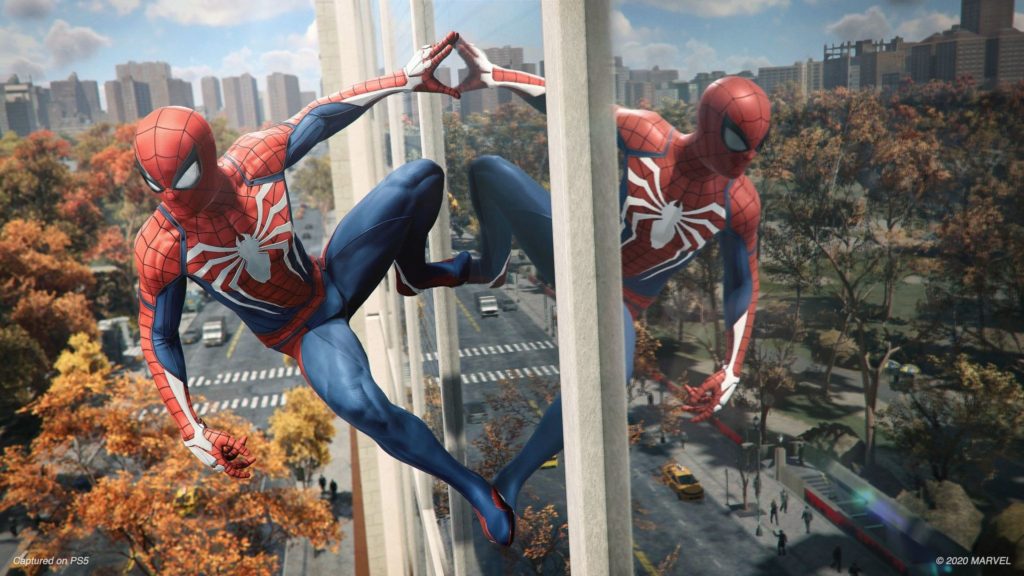 At one point, the hostility got so unavoidable that Insomniac’s Creative director took to twitter to thank fans for their passion but remind them that any sort of threat “isn’t cool”. and “with what’s happening in today’s world, [we should] be a force for good and be respectful of each other.”  It should go without saying that, no matter how you feel about any decision made in any video game, threatening developers and actors over it is just as inexcusably atrocious as it is counter-productive to whatever cause you think you’re fighting for.

That aside, not all of the criticisms of the decision to change a beloved character’s face are without merit. For one, the new actor, despite clearly looking great in the role, does seem to be a tad younger than the Parker from 2018. What’s the problem with that, you may ask? Well, 2018’s Spider-Man makes it pretty clear that this is not a Spider-Man origin story. Spider-Man isn’t in highschool anymore in this particular game. He’s 23, and has been doing the Spidey thing for at least a few years.

This is part of why John Bubniak was so perfect for it. He wasn’t old-looking by any means, but he did have subtle features of a grown man in his early or mid 20’s that teenagers and even some 20-somethings don’t tend to have as much of. Subtle lines around his eyes, nose, mouth, and forehead gave 2018’s Peter Parker a bit more gravity to him than the new, more boyish face seems to reflect. Of course not every 23-year old has to look like this, some people are just more youthful in their appearance no matter what they do, but for the sake of fitting general expectations of what Peter Parker’s face should look like at this point in his life, I do think it’s fair to say that the original actor perhaps makes the most sense at… well… face value.

So that basically leaves us with the question of “why”. A reasonable question to ask, that Insomniac has shed little light on. At several junctions, Insomniac has generally just given vague reasons for the change, mostly centered around the new actor just being a better fit for their facial capture data, and being, what they consider to be a better fit for the voice tracks, which thankfully, do remain intact for this new version. 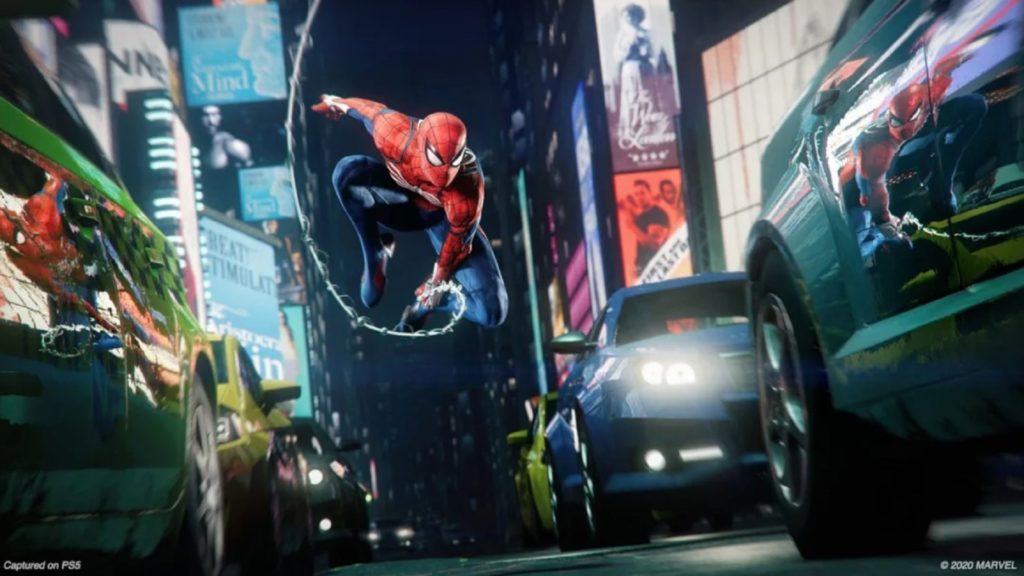 While that is a bit of a head scratcher, as it poses the question of “why use the original guy at all if he wasn’t a good fit?” Insomniac’s decisions are theirs to make, and to be fair, we’re not exactly entitled to an explanation. If we are that turned off by a face being changed we can simply just not buy the game. Vote with our wallets and such. That said, it is hard to ignore the resemblance to the MCU’s casting decision for Spider-Man with Tom Holland. You’d be hard-pressed to convince me that this wasn’t at least part of the decision to choose who they chose, despite the fact that Holland plays Spider-Man at a time in his life when the younger looks makes far more sense than it does for this game.

All of that said, it’s hard to come down on one side of this fence completely. While some of the criticisms leveled that this decision are totally understandable, and I think, difficult to disagree with, the degree to which they were expressed and the purported severity of the decision itself is mostly overblown. At the end of the day we’re talking about a face here. Yes, it’s not just an NPC, and not just any main character. This is Spider-Man. One of the most beloved characters of all time.

People care about how he is portrayed, and there is absolutely nothing wrong with that. Keeping that in mind, there’s also nothing wrong with acknowledging that this remaster is shaping up to be quite a nice upgrade overall. For first time players, it’ll be the ultimate way to play the game, as they have no attachment to the previous version anyway. For returning players, it’ll still be an overall much appreciated fresh coat of paint on the original experience that they enjoyed in 2018.