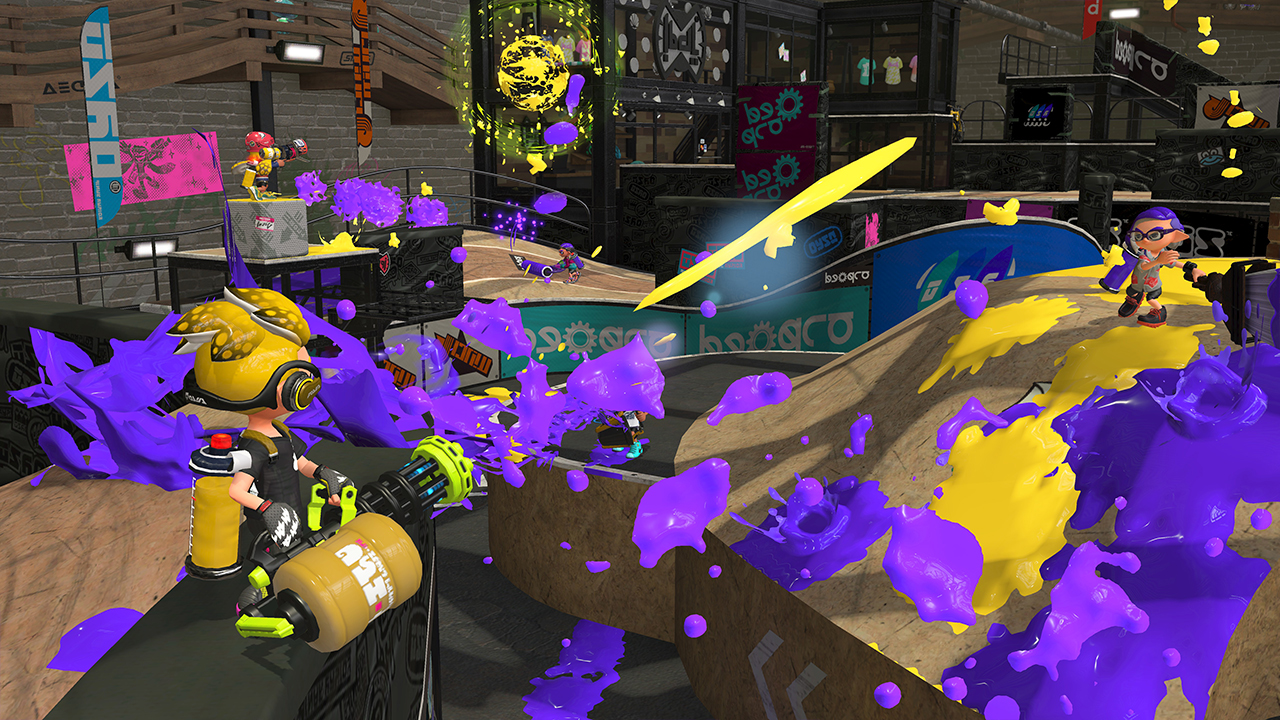 Nintendo’s successful multiplayer shooter Splatoon 2 will be receiving its last content update on December 5th. According to Splatoon News on Twitter, update 4.3.0 will bring eight new weapons to the fold, including the Ballpoint Splatling Noveau, Nautilus 79, and more. Thus far, four weapons have been revealed, with more expected in the coming days.

There’s also a new gear ability, Bomb Defense Up DX, which combines Bomb Defense Up and Cold Blooded. How that actually works is unknown, but we do know about another new ability called Main Power Up. This will buff weapons, but the effect varies depending on the weapon used. When using it with the Aerospray MG, for example, there’s increased ink coverage, while the Splat Roller receives an increase to damage.

Splatoon 2 has received a number of content updates since release in July 2017. Along with new maps and weapons, it’s also received significant post-launch single-player content with the Octo Expansion DLC. This offered a new story with 80 missions to play through. Though update 4.3.0 is the last “content” update, the development team has promised that Splatfests and balance tweaks will continue in 2019.

First, the gear abilities Bomb Defense Up and Cold Blooded are combining!

This new ability is known as Bomb Defense Up DX. pic.twitter.com/1F6b5DCLlo

The next ability added is the Main Power Up.

This will power up the weapon you’re using differently depending on the weapon. pic.twitter.com/6Xp0VBN8gu

This update will be the FINAL update to include new weapons.

However, a total of eight new weapons appear to be included!

Four have been detained, while the Kensa Collection IV has been kept a secret. pic.twitter.com/iy4utgYdGf

After this update, Splatoon 2 will no longer add brand new content. However, new Splatfests and balance tweaks will continue until next year. It is also very likely more maps will be tweaked later in the future!