Insomniac’s original trilogy has been heavily remastered and reimagined for a new generation. 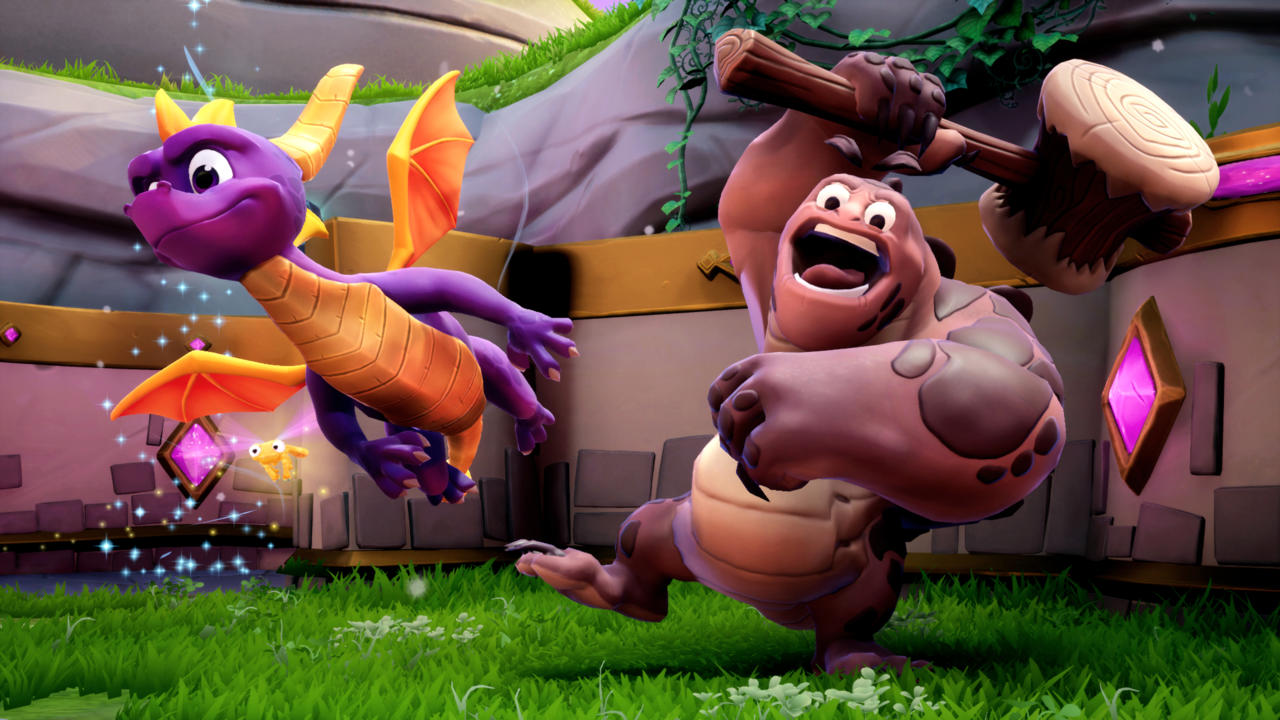 It’s been a long wait but Spyro Reignited Trilogy, a remastered collection of Insomniac’s original PlayStation One classics, is now available for Xbox One and PS4. Developed by Toys for Bob, the Reignited Trilogy sports re-imagined environments and characters, along with better lighting and revamped cinematics. All three games were critically acclaimed at launch and offer several dozens of hours of fun.

Paul Yan, Co-Studio Head at Toys For Bob, said, “It’s been a real pleasure to bring back one of most iconic video game characters of all time through the Spyro Reignited Trilogy. We’ve poured everything we’ve got into making sure every detail was done right to deliver a great Spyro experience for fans. We hope players will have as much fun revisiting the Spyro world and characters as we did remastering them.”

Along with all of the above features, Spyro Reignited Trilogy also includes remastered versions of the classic soundtracks. You can switch between them in-game for a more classic or contemporary experience. There’s even a new title screen theme, courtesy of Steward Copeland, who composed the original soundtrack.

Steve Young, Chief Revenue Officer at Activision, also gave his thoughts on the trilogy. “Fans have been asking Activision to bring Spyro back for some time now,” he said. “The response to Spyro Reignited Trilogy has been great thus far, and we’re absolutely thrilled that we’re able to continue to reimagine and reinvigorate some of the most iconic video games and characters of all time with our remastered experiences. With this year being the 20th anniversary of Spyro, there’s no better time to pay homage to everyone’s favorite purple dragon.”

Spyro Reignited Trilogy was also reported to be hitting the Nintendo Switch and PC. However, there’s yet to be any confirmation about when (or if) those versions will arrive. For now, the best place to experience the original classics in their spruced up glory is on PS4 and Xbox One.