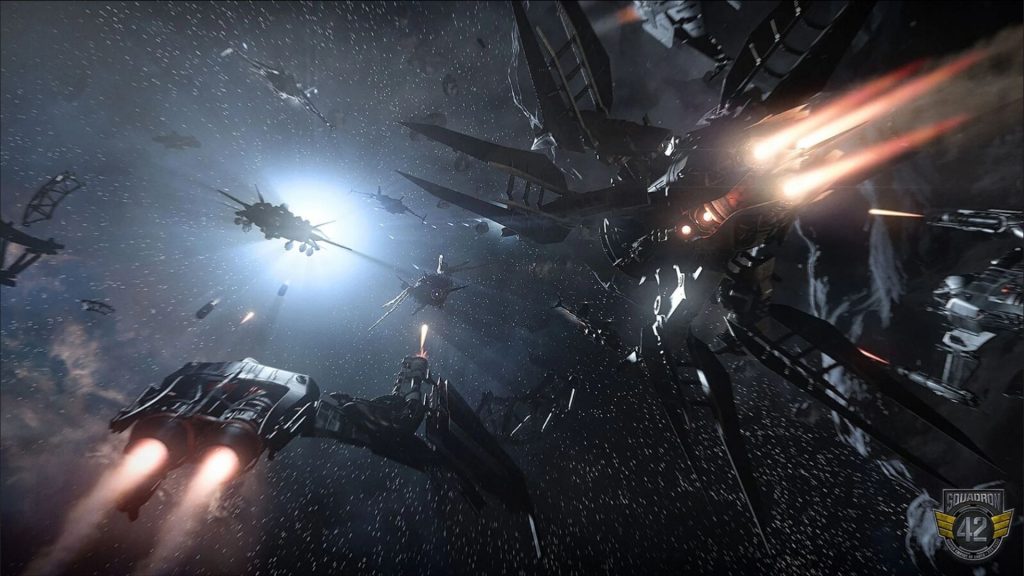 Squadron 42, the standalone single player experience that is meant to accompany Cloud Imperium Games’ long-in-development online sci-fi game Star Citizen, has had a severely protracted development cycle (as has Star Citizen), to the point where many have been wondering for years if either of those two games will ever even fully launch. The developer, of course, insists that they will- though it’s going to be a while.

Speaking with Wccftech, Cloud Imperium Games’ COO Carl Jones recently said that the company’s boss Chris Roberts is still overseeing the development of Squadron 42, which he admits could still take another year or two to finish (which means we probably aren’t going to see any gameplay anytime soon either).

“I guess we’ll see how long [Roberts] needs to be over [in the UK],” Jones said. “But yeah, it could be one or two years more. He’s spending more time over here with the Squadron 42 team and with our other developers, but it’ll be this year when he moves over for longer periods of time. Hopefully, that means we can progress Squadron 42 through to completion faster. We want to get that game finished, but it will be finished when it’s ready.”

Whether or not the game is able to hit that self-imposed deadline (or soft deadline) remains to be seen. If it doesn’t, it wouldn’t be entirely surprising. Squadron 42 was supposed to receive a beta back in late 2020, for instance, but that never came about. Of course, the impact of COVID on the project’s development has to be considered- but the game’s development has been getting stretched since long before COVID was a factor.

Cloud Imperium Games has assuaged people on a few occasions that both Squadron 42 and Star Citizen remain on track, though some of their updates on the projects have been rather vague. Even so, Star Citizen continues to break crowdfunding records, having recently hit a total of a whopping $410 million.