Square Enix announced a partnership with  Obsidian Entertainment on Dungeon Siege 3. In conjunction with inputs from the original developer of the series, Gas Powered Games, the two will deliver the next instalment in the popular series, bringing it to very first time to the Xbox 360 and the PS3.

This latest alliance represents the newest push from Square Enix’s side for strategic alliances with other major gaming corporations, the most notable of which in recent times was their buyout of Eidos Interactive.

Dungeon Siege 3 will be developed, with the developer of the first game Chris Taylor acting in an advisory capacity. About his role, he said:

“It’s a great pleasure to collaborate with Obsidian. They are a very talented developer who really knows what it takes to build a deep and engaging RPG experience, and I can’t think of a better group to continue the Dungeon Siege series.”

Feargus Urquhart, CEO and Co-Founder of Obsidian Entertainment, Inc. said, “It’s a distinct privilege and thrill to become a part of the Dungeon Siege legacy. This partnership with Square Enix is a milestone for both Obsidian and the franchise, and the two companies’ strengths for compelling characters and storytelling will shine throughout Dungeon Siege 3.”

Square Enix President John Yamamoto said, “With their proven track record of developing some of the most exciting and engaging games in recent memory, we are honored to be working with such a talented developer as Obsidian Entertainment.  Square Enix is committed to expanding our portfolio of games across a wide variety of genres and we are confident we will deliver the ultimate Dungeon Siege experience that fans are looking for.”

All new features, including multiple endings and decsions that influence character develolment and the outcome of the story, are promised. We’ll keep you posted on this, folks. 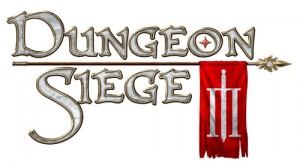