Life is Strange: True Colors, the upcoming Black Panther expansion for Marvel's Avengers and much more will be revealed in the 40 minute showcase. 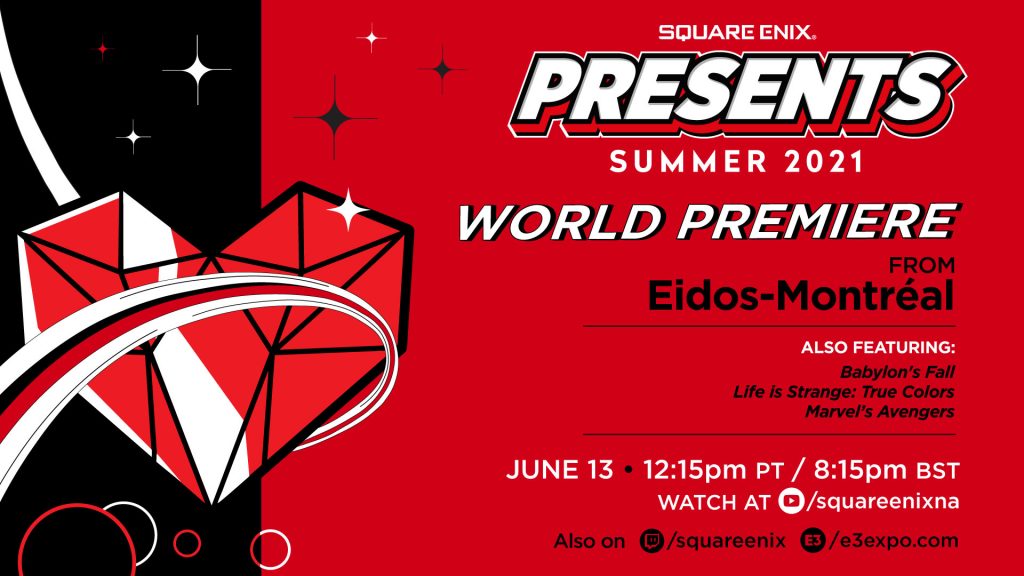 The E3 2021 schedule has been revealed but Square Enix has provided even more details for its own showcase. Square Enix Presents: Summer 2021 will take place on June 13th at 12:15 PM PT/3:15 PM ET and is a 40 minute long showcase. It will include the world premiere of a new title developed by Eidos Montreal, an update on PlatinumGames’ Babylon’s Fall and new details on the Marvel’s Avengers expansion Black Panther – War for Wakanda.

Life is Strange fans can expect a “deep dive” into Life is Strange: True Colors and a “first look” at Life is Strange: Remastered Collection. Babylon’s Fall recently had a closed beta page pop up on SteamDB so it’s likely that more gameplay and a possible release date will be provided. Of course, there’s also the possibility of Final Fantasy Origin, a rumored Souls-like developed by Team Ninja and set in the world of Final Fantasy 1, making an appearance.

E3 2021 kicks off on June 12th with showcases by Ubisoft and Gearbox Entertainment. It will run till June 15th and feature titles from Xbox Game Studios, Bethesda, Warner Bros. Games, Take Two Interactive, Capcom and much more. Stay tuned for more details in the meantime.