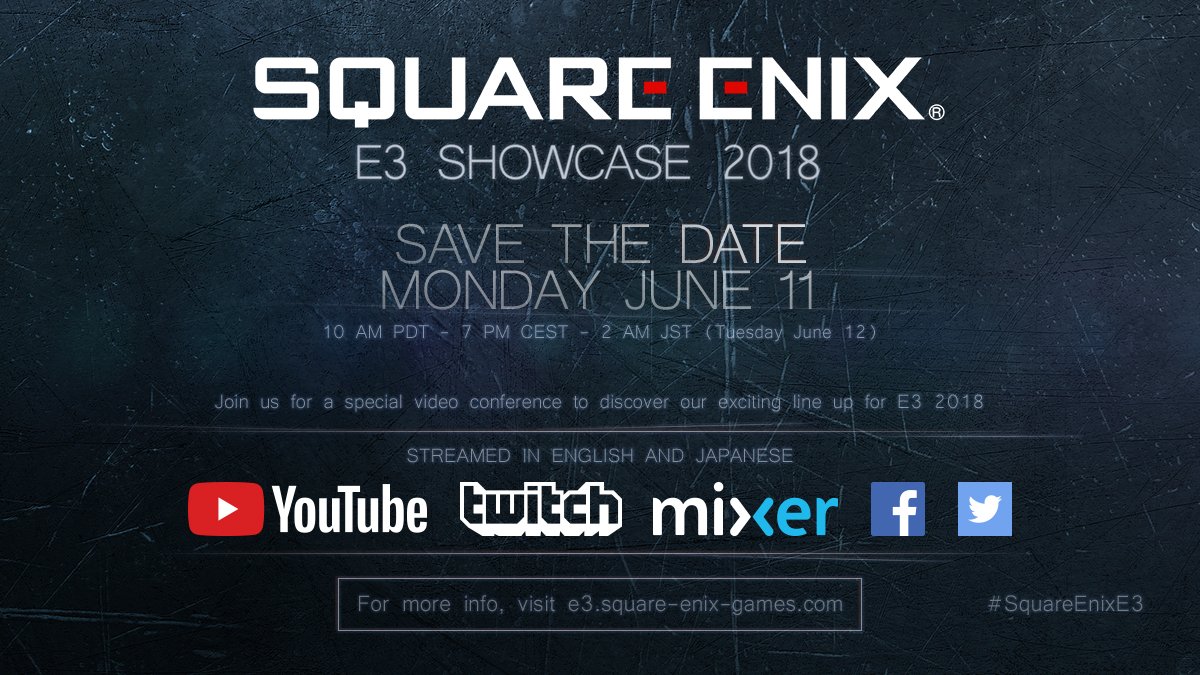 Like a few other third party publishers, Square Enix will host its own presser for E3 2018 on June 11th. Titled the Square Enix E3 Showcase 2018, the company promises “exciting news and announcements”. It will take place at 10 AM PT/1 PM ET/6 PM UK/7 PM EU time and can be viewed live on YouTube, Mixer, Twitch, Facebook and Twitter.

The Final Fantasy publisher hasn’t announced what can be expected at its showcase. Dragon Quest 11: Echoes of an Elusive Age will arrive this September for PS4 and PC in the West so perhaps more information will be shared. Final Fantasy 15’s next DLC Episodes could also be teased or at least detailed.

Of course, many hope to see games like Final Fantasy 7 Remake and Kingdom Hearts 3. The former was announced at E3 2015 and saw its first gameplay footage debut at PlayStation Experience 2015. Since then, we’ve yet to see any new footage. As for Kingdom Hearts 3, we know it’s out this year for Xbox One and PS4. Perhaps Square Enix will provide an actual release date.

What do you hope to see at E3 2018 from Square Enix? Let us know in the comments below.