Includes bug fixes and preparation for the deployment of shield customization.

Cloud Imperium Games’ Star Citizen, a crowd-funded project that has gained more than $68 million in funding, continues to grow as the developer releases a new patch for the Arena Commander module.

The module focuses on ship combat and racing against other players and AI opponents, functioning as the PvP portion of the game. There are still plenty of features to be added, including multi-crew ships, but for now, patch 1.0.2 focuses on fixing bugs and adding smaller functions. Lobby kicking has been fixed and the skin system for the Aurora line-up of ships has been expanded.

The update will also lay the groundwork for the shield customization system and you can expect to pick up shield generators at the Voyager Direct store soon. You can check out the full patch notes here for other details and let us know what you think of Star Citizen – which commercially releases in 2016 – in the comments below. 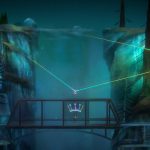 Two relatively recent indie titles come for the Xbox One side of things and two classic Japanese franchise on ...

Dying Light 2 will feature an interweaving system for parkour and combat, according to its lead gameplay desig...

Our latest video outlines the differences between Death Stranding Director's Cut on the PS5 and the PS4 Pro.