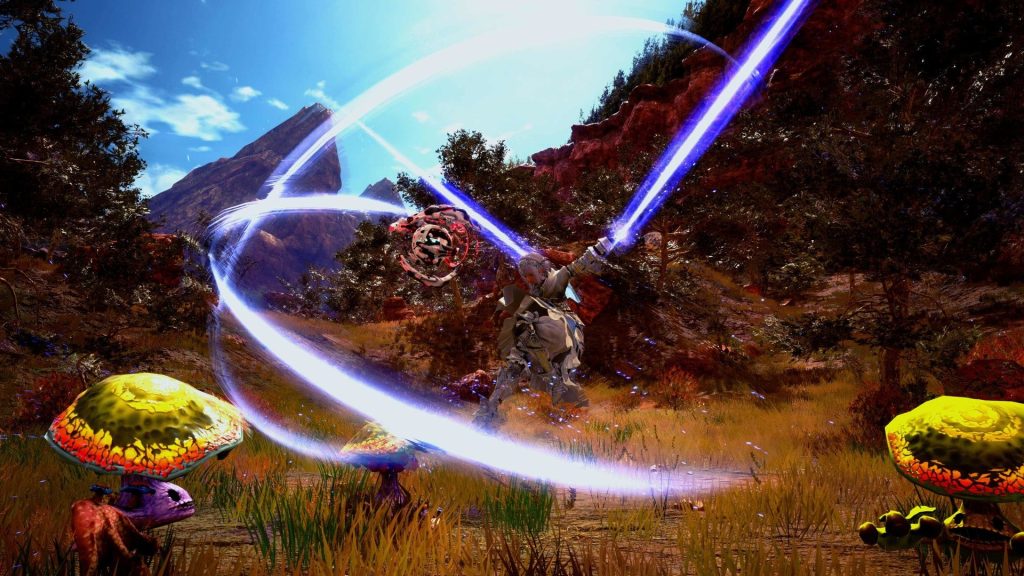 Square Enix has released a new gameplay video for tri-Ace’s Star Ocean: The Divine Force focusing on D.U.M.A. The mysterious floating orb plays an important role in the destinies of protagonists Raymond and Laeticia. It’s also capable of a myriad of functions like flying, scanning the field for items, and much more.

In combat, it’s capable of Vanguard Assault, a suite of abilities broken up into different functions. VA Attack is a charge that can knock foes back and cause massive damage. However, depending on the character using it, you may also trigger Ally Recovery or Enemy Analysis.

When suddenly shifting direction during a VA Attack, you’ll Blindside enemies. This temporarily incapacitates them and allows for temporarily dealing more damage. It’s useful when confronted with numerous enemies clumped together. One can also use VA to unleash a Surprise Attack on enemies, which nets bonus EXP.

Star Ocean: The Divine Force is out on October 27th worldwide for Xbox One, Xbox Series X/S, PS4, PS5, and PC. Stay tuned for the next report on the different powers that players can unlock.