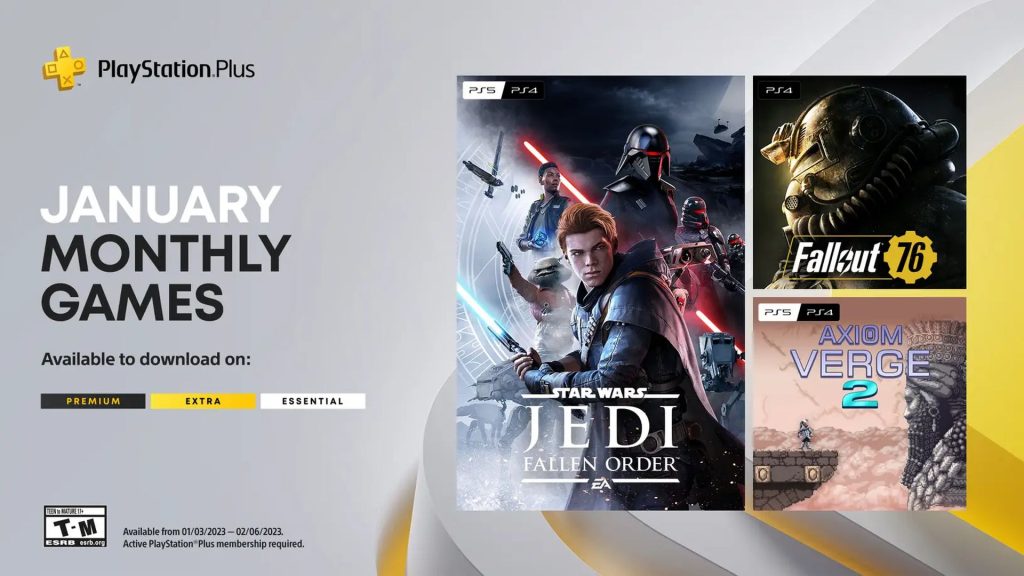 The addition of Jedi: Fallen Order to the service for PS4 and PS5 makes sense, with Star Wars Jedi: Survivor launching in March for PS5, Xbox Series X/S, and PC. The former follows the story of Cal Kestis, one of the few remaining Jedi after Order 66 who struggles to survive against the Empire’s forces. He embarks on a journey to hopefully revive the Order, battling the Inquisitorius along the way.

Also playable on PS4 and PS5 is Thomas Happ’s Axiom Verge 2, a sequel to his acclaimed Metroid-style title. It follows Indra, the leader of Globe 3 conglomerate, as she travels to a strange world filled with bizarre machines and must also use hacking to survive.