Bethesda Game Studios’ Starfield is its first new IP in more than 25 years. It’s a massive effort, will consume your very being, and so forth. However, while some were no doubt wowed by the reveal at the Xbox and Bethesda Games Showcase this past June, there are several concerns surrounding the space RPG en route to its release next year. Let’s take a look at 10 of them here.

Around 2012, after Skyrim launched, it was funny to joke about how many bugs Bethesda-developed games had. Then Fallout 4 was released in 2015, looking out of place among all the visually splendid titles at the time, and the sheer amount of bugs wasn’t as funny. Then came Fallout 76, which seemed to have more bugs than both of those games combined, and it was a disaster.

So to say that bugs are a concern with Starfield, which boasts a much larger in-game world with a thousand planets, shipbuilding, crew management, tons of NPCs, and so on, would be an understatement. A delay may help in polishing things, but considering how Bethesda titles have never really faced delays before, the fact that Starfield warranted one should have everyone worried. Reports of developers calling it the next Cyberpunk with the original November 2022 release weren’t very reassuring either. 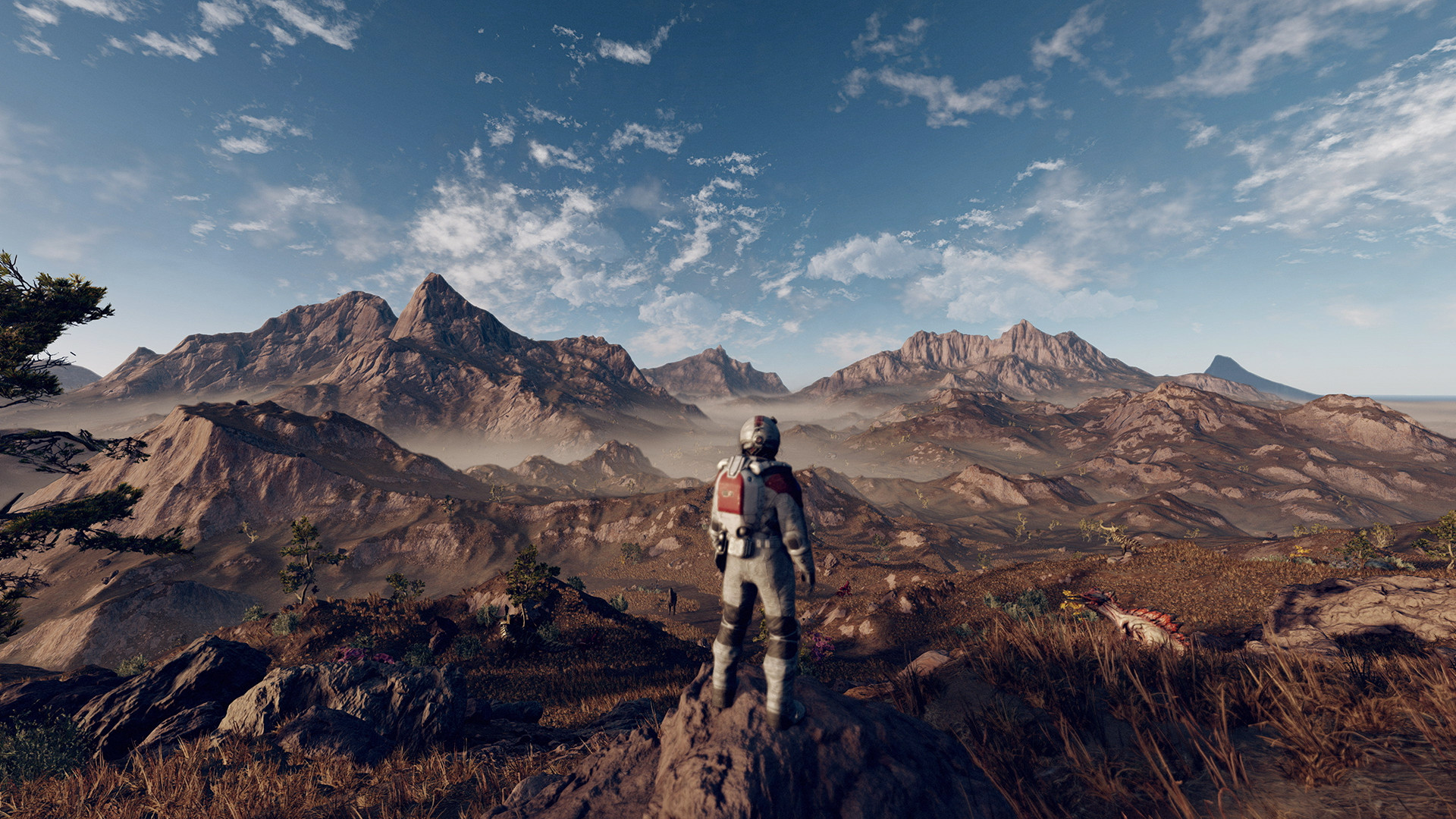 While the scale of Starfield sounds impressive on paper – and even more so coming out of Todd Howard’s mouth – there’s still plenty of reason to be skeptical. You can’t have 1000 planets that all offer something interesting. There’s plenty of procedurally generated content, but even among the hand-crafted stuff, don’t expect lots of unique dungeons, detailed regions, or incredible sights. Howard has indicated that some things in Starfield, like giant ice balls in space, are just there for the cool factor. Even if that sounds exciting, I doubt that even half of the planets will have something to that effect and simply exist to farm resources. 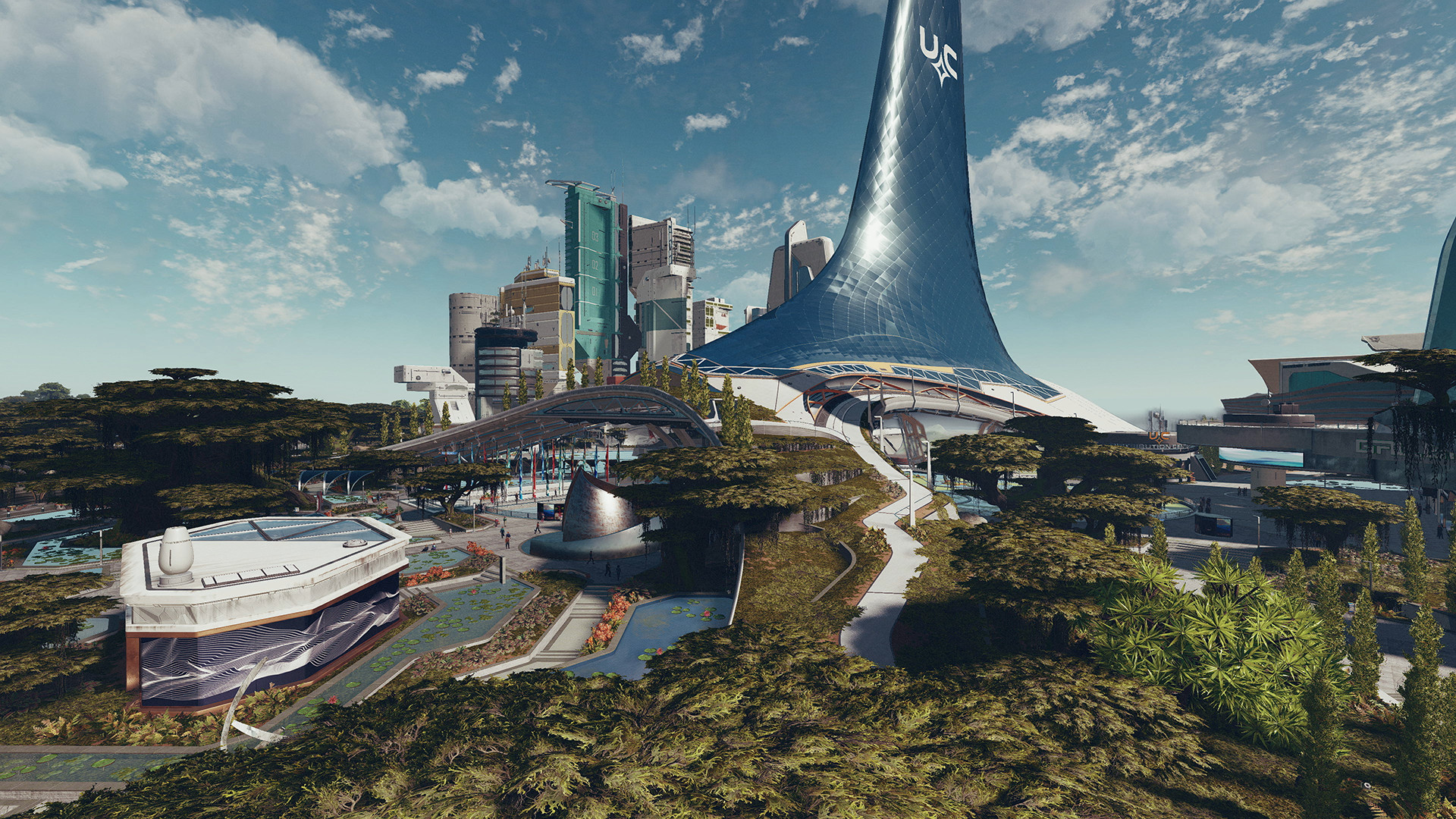 Bethesda has confirmed that there are four main cities to explore in Starfield, which sounds good. Judging by the concept art, they seem sizable enough, but how much one will explore during gameplay remains to be seen. Also, there’s the question of what constitutes “large” for Bethesda. Are these cities as large as Diamond City from Fallout 4? Of course, if the content in each turns out to be hefty, then all of this is moot, but four cities among 1000 planets certainly don’t feel like a lot. 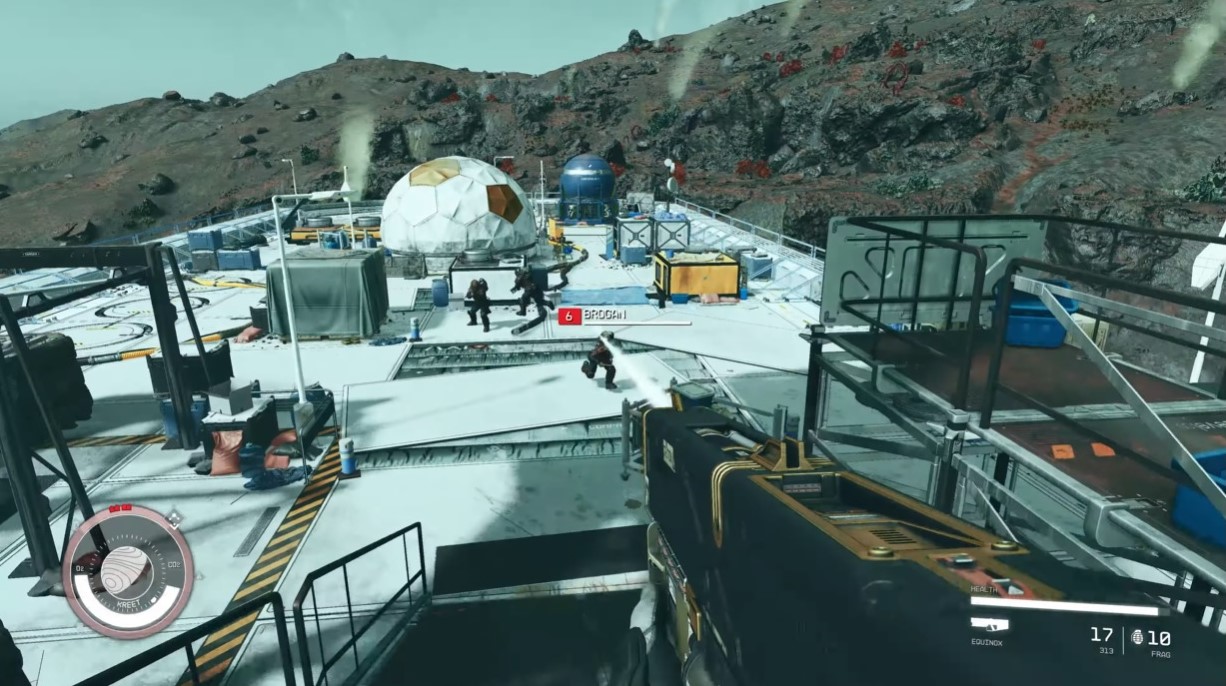 Whether it’s melee or ranged, combat in Bethesda titles has been a decidedly clunky affair. It’s especially glaring with first-person shooter mechanics, as seen in Fallout 4 and Fallout 76 (the latter more than the former). Starfield’s demo did look slightly nicer with additions like sliding and a jetpack, but it still had that trademark stiltedness and jank that fans will either love or loathe. Things could change at launch – heck, it may feel better to control than it looks, but it’s still worth keeping in mind.

In terms of performance, the demo from June…interesting, if one is being kind. Certain sections seemed to run fine enough, but the initial gameplay portion showcasing combat had several frame drops. Of course, this is nothing new for a Bethesda game – go back to the launches of Fallout 4 and Fallout 76 – but seeing something like this, especially in a relatively small skirmish, is still crazy. Even if the performance issues are reined in for combat scenarios of this scale by launch, frame rate drops could occur in many other places.

Mods and the Creation Club 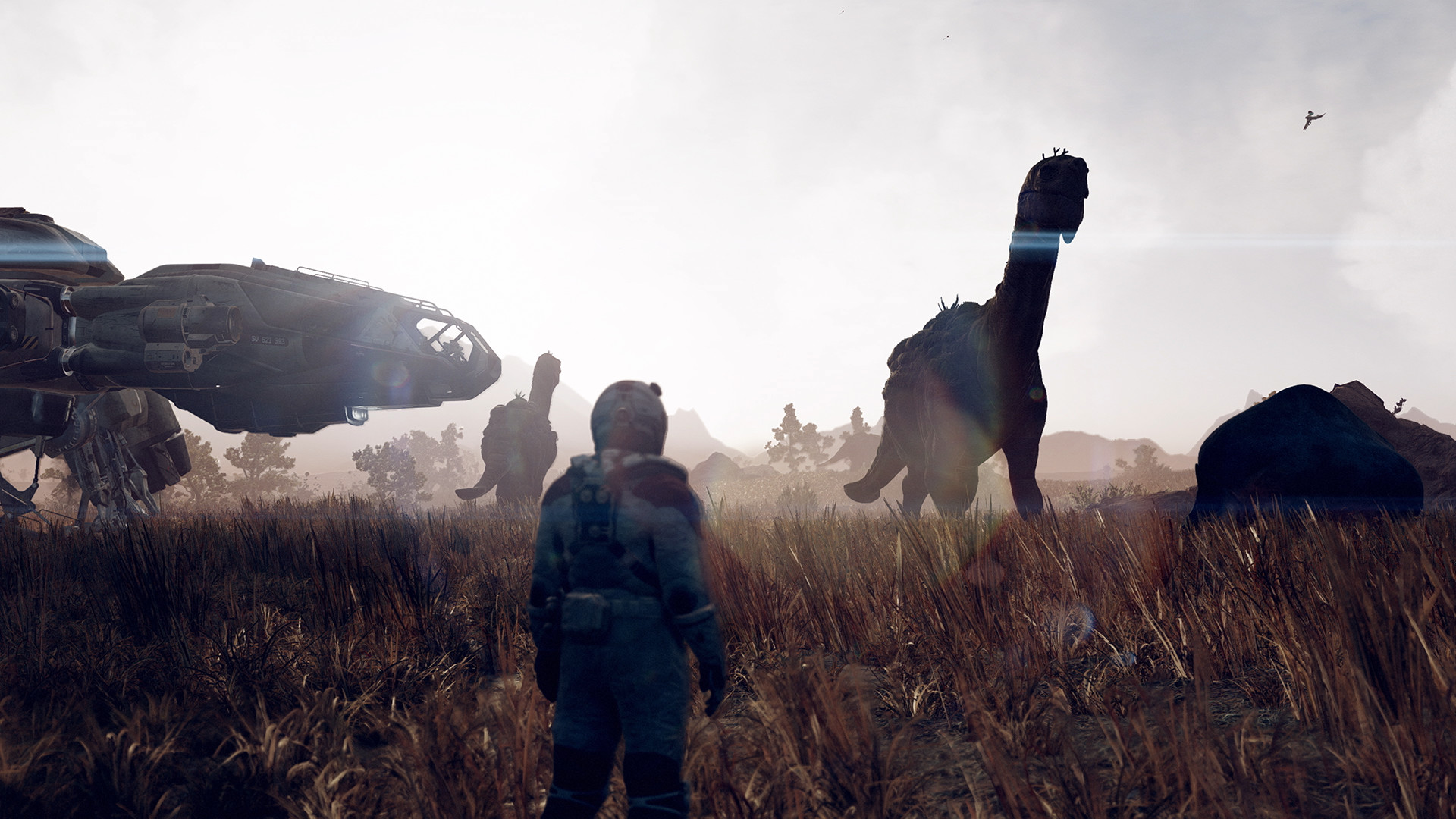 Even before it made Private Servers and mods part of the paid Fallout 1st service in Fallout 76, Bethesda has been pulling some shenanigans with modding. It introduced the Creation Club in Fallout 4, which acts as a platform for adding and curating mods. This was fine since it was free, but in Skyrim, some “official” mods – like Survival – ended up as paid. You even had Creation Club items serving as the main selling point for something like Skyrim Anniversary Edition. Will these same business practices be repeated in Starfield? Or will Bethesda venture into even more egregious territory? 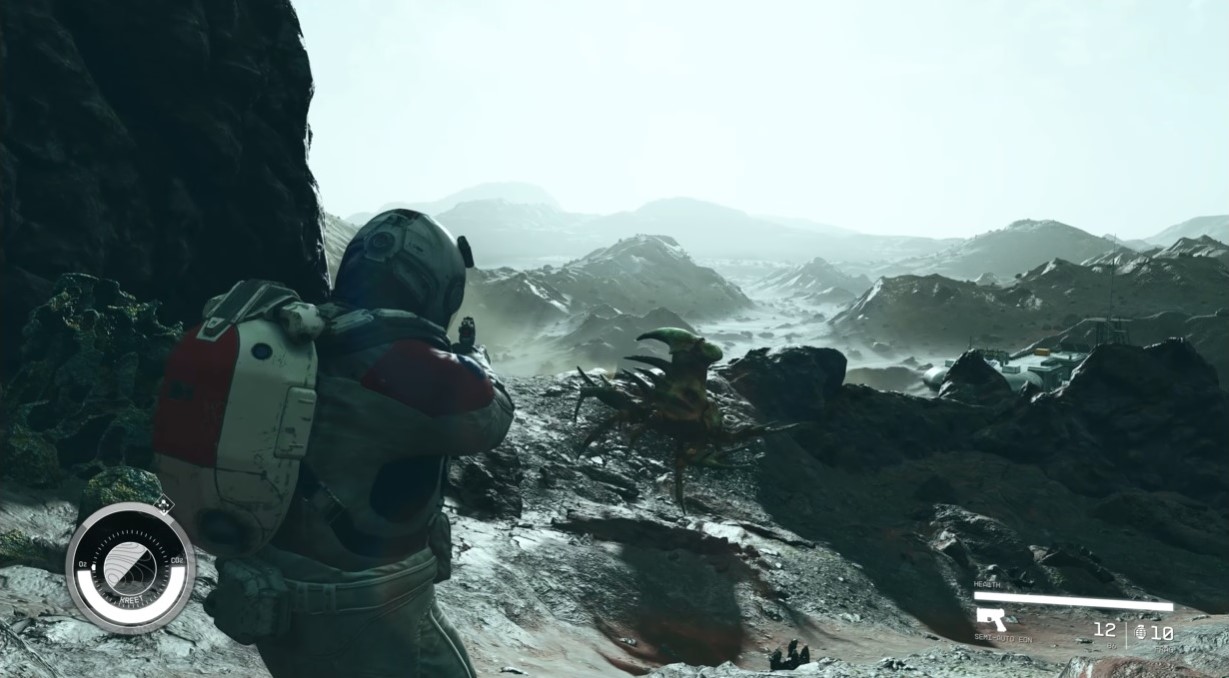 When Fallout 4 introduced settlement building and management, it had a somewhat mixed response. Some liked it and dived into it. Others (like me) didn’t, while some remained indifferent. However, the fact that so much of the game is geared towards settlement building – gathering junk and breaking it down to upgrade a settlement – felt off. It was, of course, made all the more annoying when Fallout 76 launched, as gathering junk was the core gameplay loop.

With so much to craft and build in Starfield, like ships, weapons and armor, one hopes that resource grinding isn’t too crazy. It may work for something like No Man’s Sky, a sandbox title that has received numerous updates to make resource gathering feel intuitive. But for a role-playing game with a heavy emphasis on the story? It’s hard to say unless it’s relegated to the post-game. 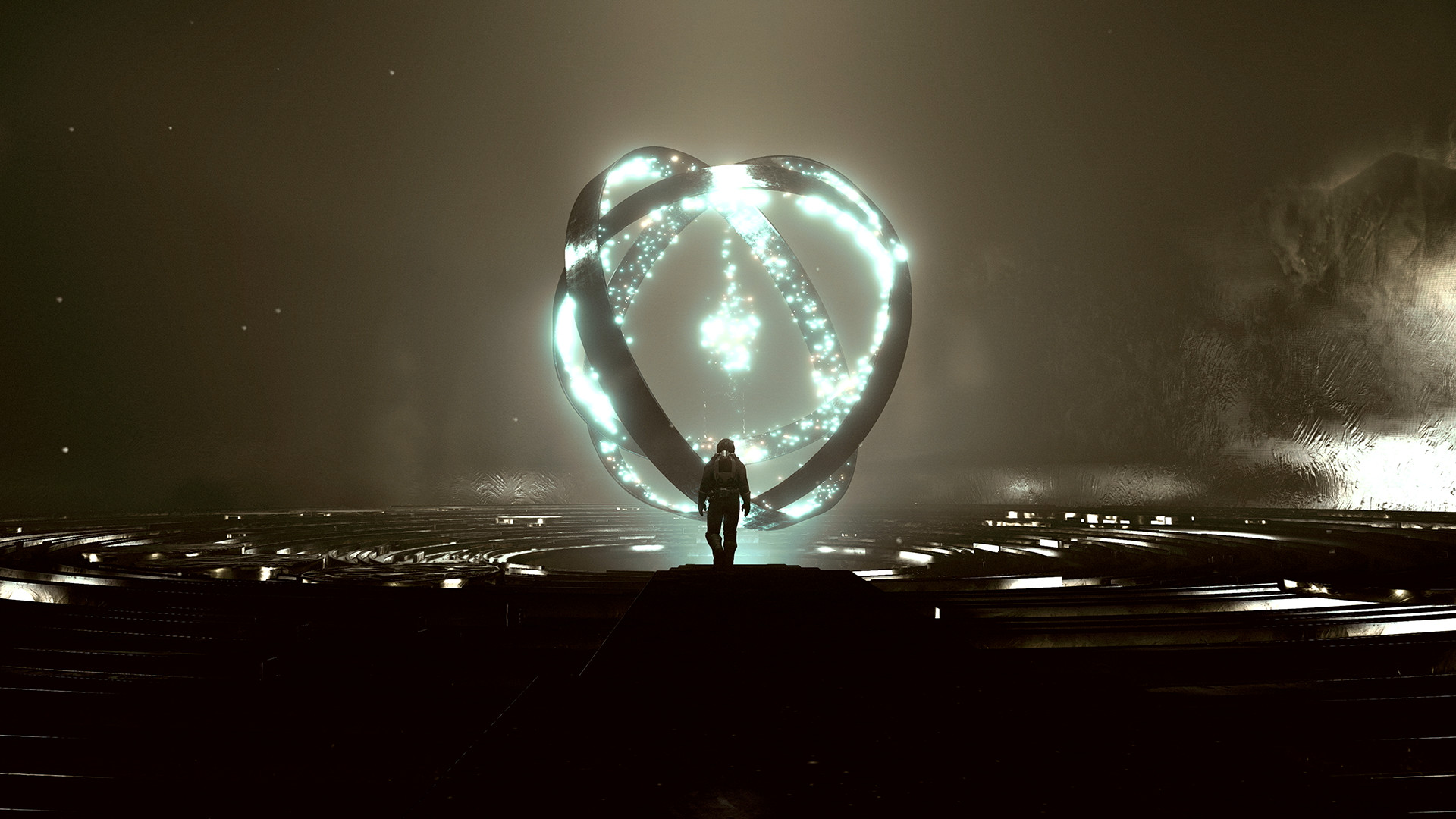 In a Fallout title, the post-game usually involves exploring any areas you missed on the first playthrough, wrapping up any side quests and so on. Which is just the game itself and not a dedicated “post-game” activity per se. This is where Radiant Quests came in. They served as repeatable quests with simple objectives (like killing X amount of enemies) and were useful for garnering XP. Unfortunately, they quickly become repetitive to the point of annoyance. Most players usually rely on mods for their post-game enjoyment, but here’s hoping Starfield has some end-game mechanics like high-level quests and areas, super bosses, bounties, some kind of Paragon system, and whatnot. 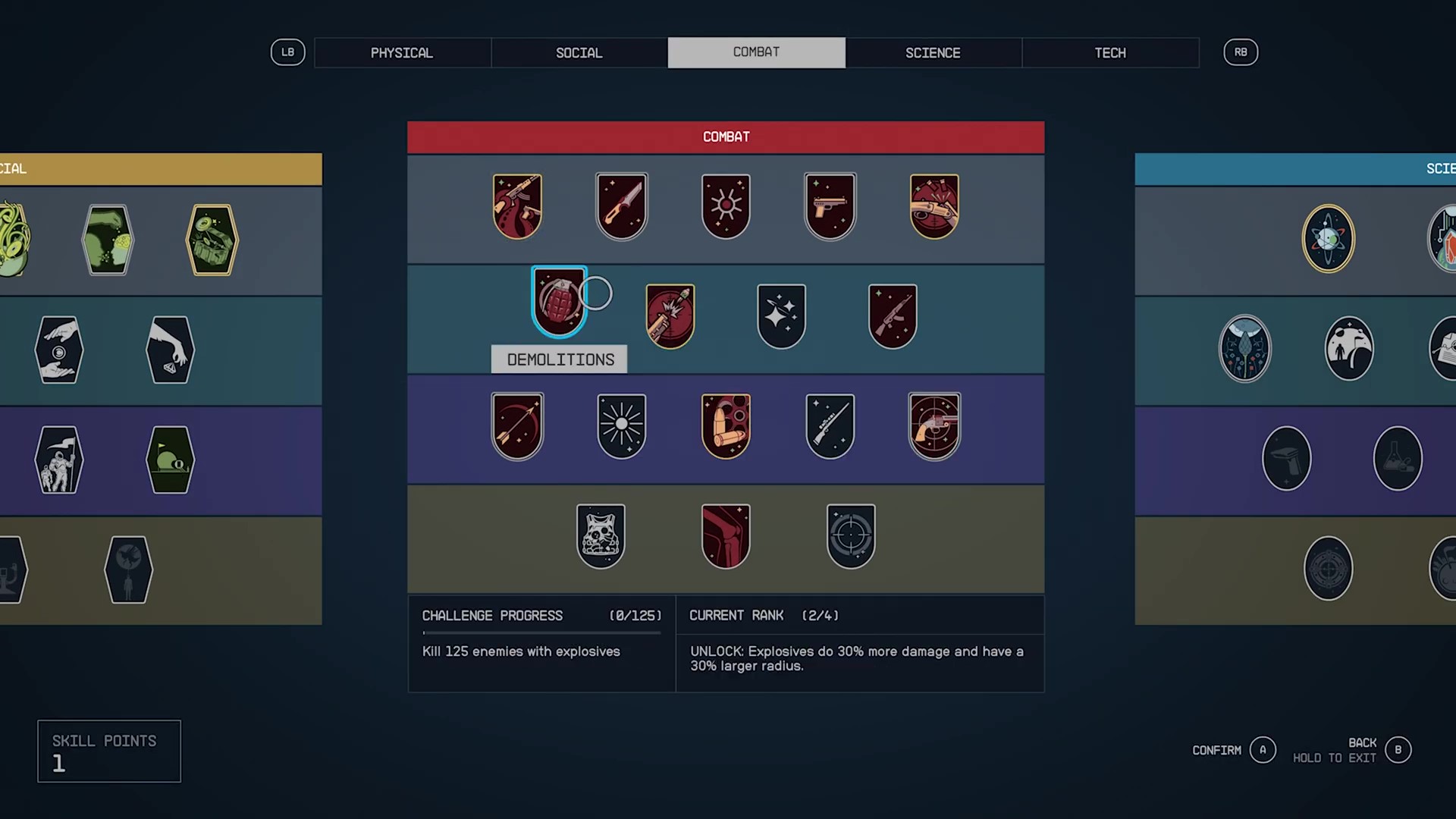 While previous games kept them separate, Fallout 4’s Perks merged with the Skills. As you level up, you gain a SPECIAL point to spend on increasing one of seven stats (which conferred different benefits) or unlocking and upgrading Perks. The problem is that most Perks devolved into “X percent more damage,” access to certain ranks of mods, dealing more damage with specific weapons, and so on, which felt kind of stale.

Starfield offers Skills and Traits, the latter providing up to three unique quirks like “Introvert” for greater Endurance when adventuring alone. However, Skills seem to fall into that same trap as Fallout 4’s Perks, serving as increases for accuracy, range, reload speed and whatnot. It’s still early, so perhaps there are more unique Skills to be had, but the current direction feels similarly bland. At least Skills are upgraded by completing challenges instead of just spending a Perk point. 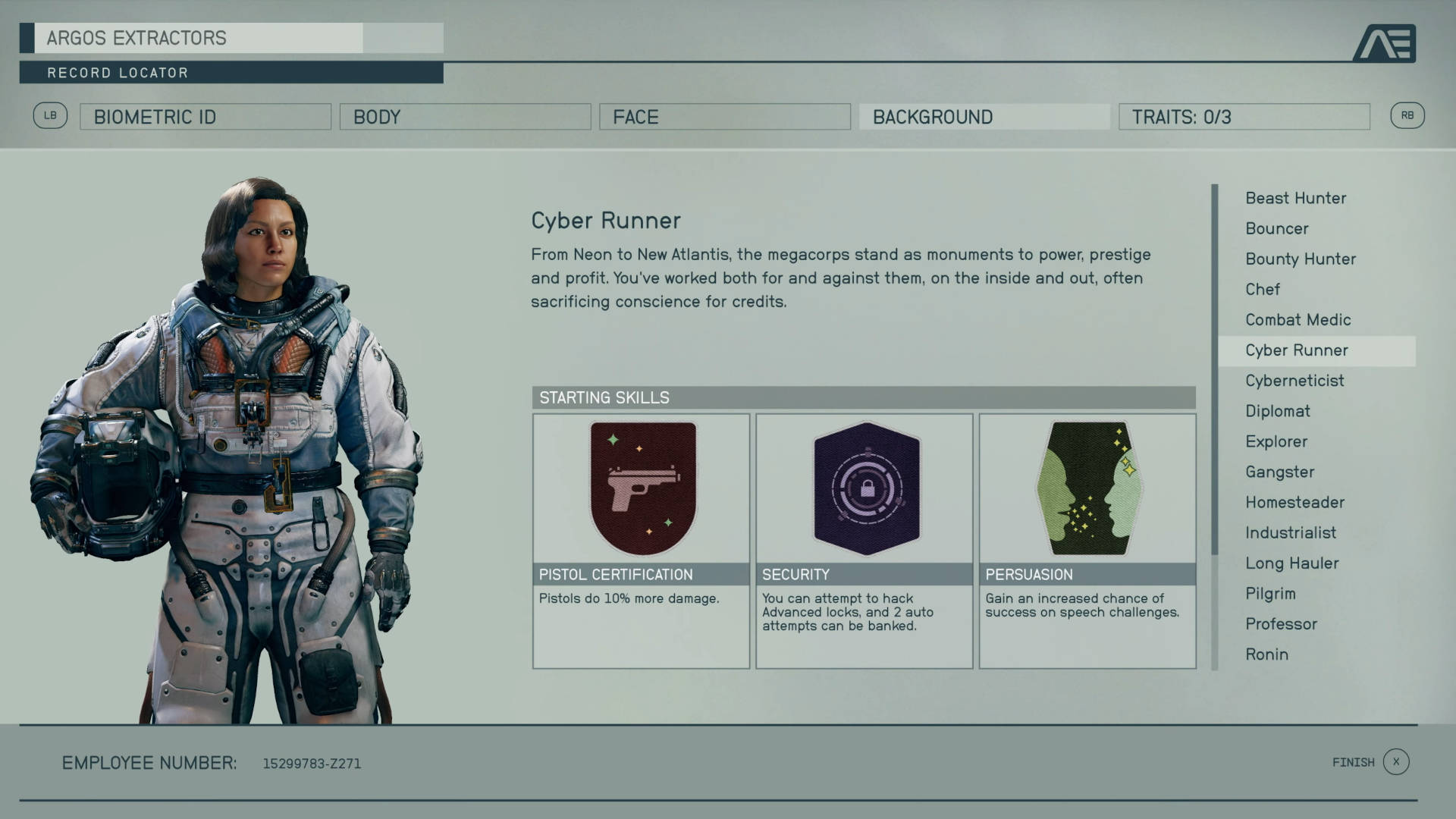 Starfield does offer something unique from Fallout 4 – Backgrounds, which essentially provides three starting Skills according to the occupation. The Chef, for instance, can craft special food and drink items, deal 10 percent more melee damage, and have 30 HP extra. In conjunction with Traits, this sounds decent for those craving nuanced builds. But how the various choices are presented, and whether the game facilitates your build in different ways, is also important.

Fallout 4 didn’t offer the most impactful choices (though things improved in the DLC), and considering how much bigger the scale is in Starfield, I’m hoping it’s more imaginative with its role-playing scenarios. As always, time will tell, but Bethesda’s track record precedes it and saying this is a more hardcore RPG than their previous efforts doesn’t help, Todd.