If this is legitimate, it gives us our first look at the upcoming sci-fi RPG.

Microsoft’s acquisition of Bethesda is going to have major implications on the industry for years to come, and while we’ll be talking about the more large-scale impact that has on things for some time to come, there’s quite a few relatively small-scale things to talk about as well. For instance, Bethesda’s upcoming AAA projects are in an interesting space right now, with Starfield, their next big RPG, being one of the biggest that millions are looking forward to.

It’s going to be a while before we see anything from the game officially, but it seems a new leak has given us a premature look at the game. An anonymous user on 4chan recently posted what they claimed to be the first in-game screenshot from Starfield, showing a character looking at what looks like a section of a space station from a third person perspective.

The UI shows health and stamina meters on the bottom right alongside icons showing what weapons are equipped, while on the bottom left, we can see what looks like a meter showing how much oxygen the player has in their suit. Alongside that, concept art of a model of an in-game ship has also been posted. Take a look below.

There’s no guarantees that this is legitimate – images such as these are not that hard to fake – and 4chan isn’t exactly the most reliable source for leaks. So take this with a massive grain of salt for now.

Bethesda have said that there won’t be any official updates on Starfield until 2021, so we’re going to have to keep waiting to get our first proper look at the game for some time. We do know that Starfield’s development has gone hand-in-hand with a major overhaul to Bethesda Game Studios’ engine, so hopefully it’ll be a significant leap over their past projects. 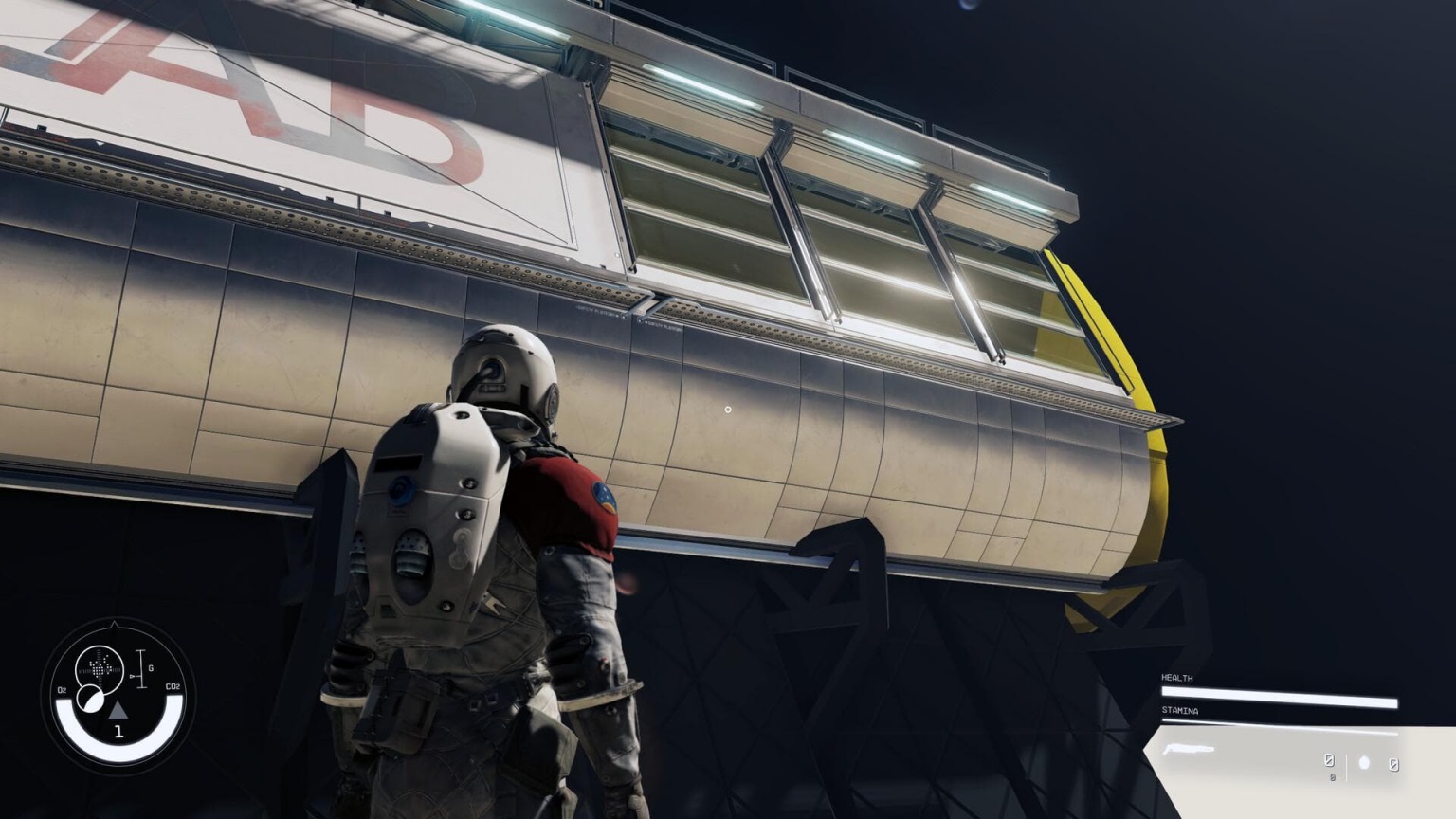