Stewart Gilray outlines the troubles they had trying to get an HD version of the game onto Microsoft's console (to no avail). 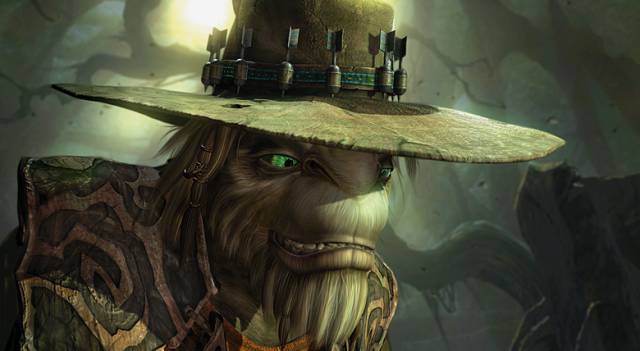 You gotta love Microsoft. Sometimes, they can make your life a living nightmare if you don’t have the clout, as they did with Just Add Water when they wanted to release Stranger’s Wrath HD on the Xbox 360.

After applying for the paperwork of getting it on the console and waiting for 9 weeks – after which they were refused, because “it’s been on the console before – they were then told it could be released via Games on Demand.

CEO Stewart Gilray stated, “There were a few things in that we didn’t adhere to: minimum price was $20. Things like that which kind of were surprising – they knew we were only charging $15 on PS3, why charge Xbox fans more? And other things like HD graphics, yeah we’re doing that – and gamerscore, yeah, we’re doing that. We already know the things like that, the things they were throwing up in our way were ridiculous.”

After trying again six months later, more terms and conditions came up. “1. We want simultaneous release with PS3.’ Well, we’ve been talking to them for 15 months: you had a perfect chance to get us on your platform, ’2. Get a minimum Metacritic score of 80.’ Xbox was 88 and PS3 was 83 [At that point.], ’3. Sell 1 million units at retail.’ Which I’ve since found out isn’t the case for Games on Demand anymore. So there’s nothing that they’ve thrown up towards us that they usually would to stop people getting on their platform. They just don’t want us on their platform as far as I can tell.”

Despite this, “New ‘N Tasty [the Abe’s Odyssee remake] has been approved for 360…They approved us very quickly indeed on that. Which is why I’m frustrated that they didn’t put Stranger on there, we’ve even tried putting Stranger on there via this third party publisher, and they still turned around and said no. It really is bemusing, I would say.”

What to say rather than lifting your hands in a funny way and coolly saying “Because Microsoft?”