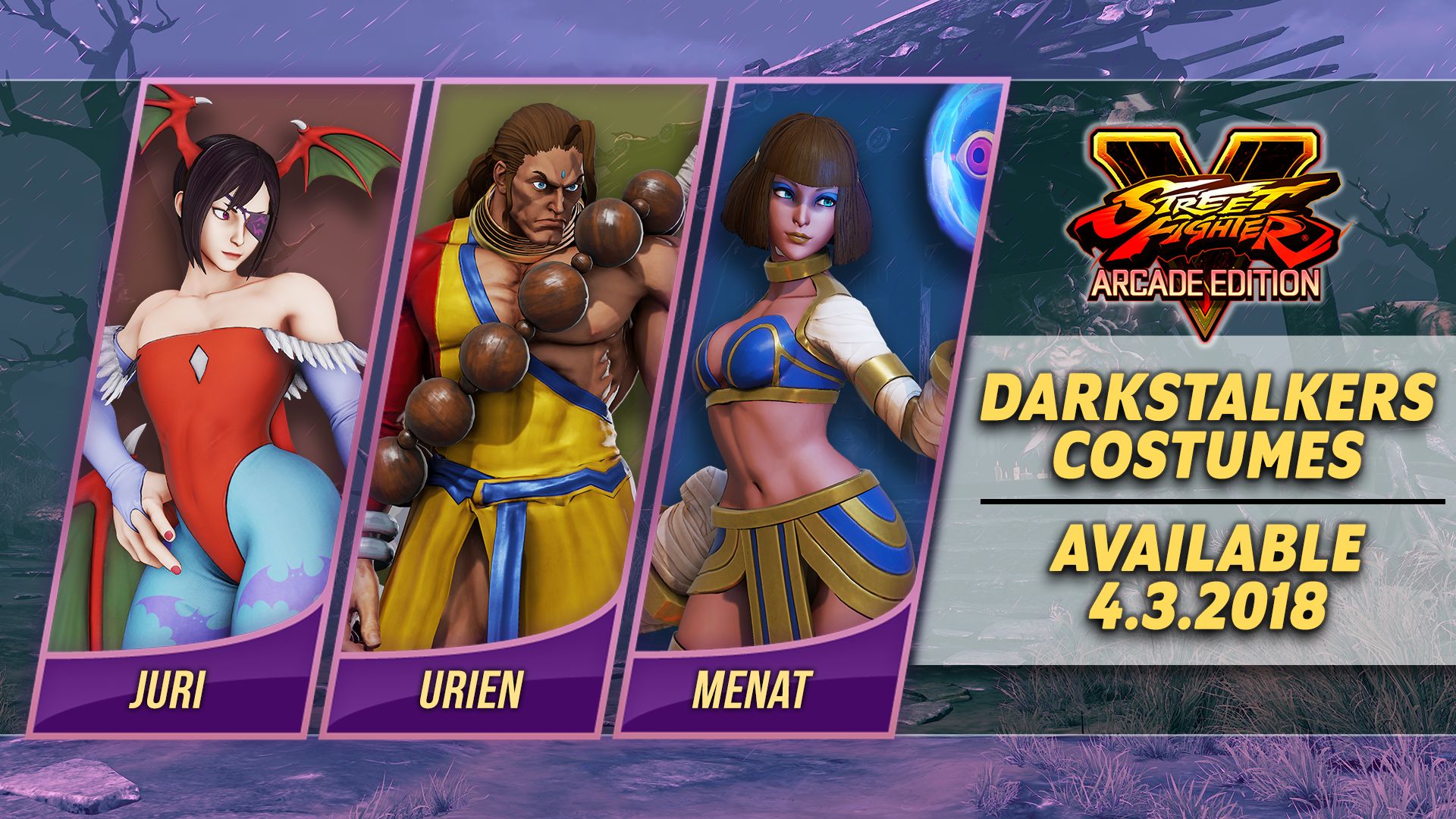 A new update will be going live for Street Fighter 5: Arcade Edition and it’s fairly hefty. This is a balance update occurring mid-season and arrives as the Capcom Pro Tour season is underway. Along with major changes to several characters, the update will also bring some new Darkstalkers-style costumes to the in-game store.

Such costumes are meant for Juri, Urien and Menat and channel the looks of Lilith, Khaibit and Donovan from Darkstalkers respectively. Check out some of them above and then brood over the fact that we probably won’t get another Darkstalkers title for a while.

The update also brings some general balance changes to Crush Counters, Throw Escapes and normal Throw damage. V-Reversals have also seen rebalancing for their start-up and performance. If you’re interested in seeing the complete patch notes, head here. For more information on the general changes, see below.

Street Fighter 5 is currently in its third season of DLC characters and content. Blanka and Sakura are already available for Season 3 Character Pass holders with Sagat, G, Cody and Falke coming soon.

Crush Counters: Taking both rewards on hit and frequency into account, changed the combo scaling on crush counters.
Throw Escape: Changed so that a throw break cannot be performed after the move has been input, with the exception of normal and unique moves. This is to weaken the defensive technique of using certain special moves (primarily movement special moves) together with the throw break. (Note: Previously, throw escapes could not be performed only for moves that gave the character some kind of invincibility or armor.)
Normal Throw Damage: Increased parameters for characters that have less reward on hit.
V-Reversals: Overall rebalancing for the moves’ start-up and performance.