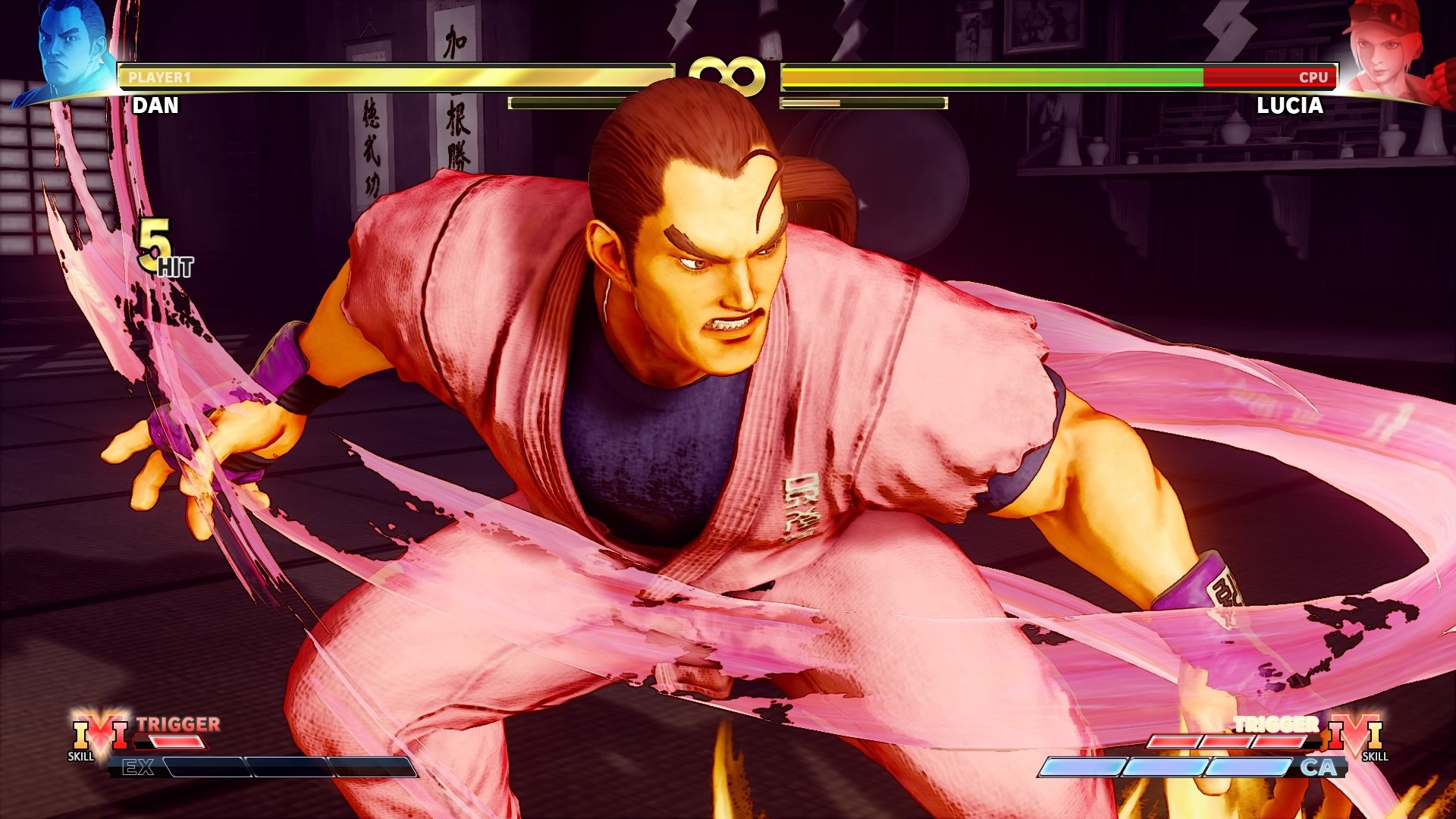 Season 5 of Street Fighter 5: Champion Edition kicks off today with Dan Hibiki joining the roster. As the first DLC character in the Season Pass, Dan brings new combos to the table. He’s still plenty humorous though, as the trailer below showcases.

Billed as training and becoming stronger, Dan brings some fairly good-looking combos to the table. His V-Triggers are very good for setting up combos while his V-Shift seems to function as a nice last-minute evade (complete with a twinkling eye). Alternate costumes are showcased at the end, including one that’s seemingly a cartoon version of Dan’s head.

Street Fighter 5: Champion Edition is out now for PS4 and PC. Along with Dan, Season 5 introduces other DLC characters like Rose, Oro and Akira from Project Justice. Purchasing the Premium or Character Pass will also provide a bonus character “Eleven”. The fifth and final DLC fighter for this season has yet to be revealed so stay tuned for more details.