A fifth unknown character will also come to the fighter.

Earlier this year, we got the surprise announcement that Street Fighter 5 would be getting a fifth season. By and large, people assumed support for the game would wind up with the fourth season, but if recent rumors are to be believed, Street Fighter 6 is still a ways off. And today we know almost all of what the next season will bring throughout the next year.

In a stream from Capcom earlier today they revealed four of the five new characters to come to the game. Dan, a classic comic relief character, Oro, a much requested character from Street Fighter 3, Rose, a popular character from the Alpha and SF4 series, and the biggest surprise of all in Akira Kazama from the long defunct Rival Schools series. Alongside those reveals, they had a roadmap, which you can see below, showing that this support will run all of the way up to Fall of next year. With the new characters will come new costumes, maps and mechanics.

Street Fighter 5: Champion Edition is available now on PlayStation 4 and PC. The first character will be Dan who will arrive Winter 2020. There is also a fifth character to the season, but they were not revealed. 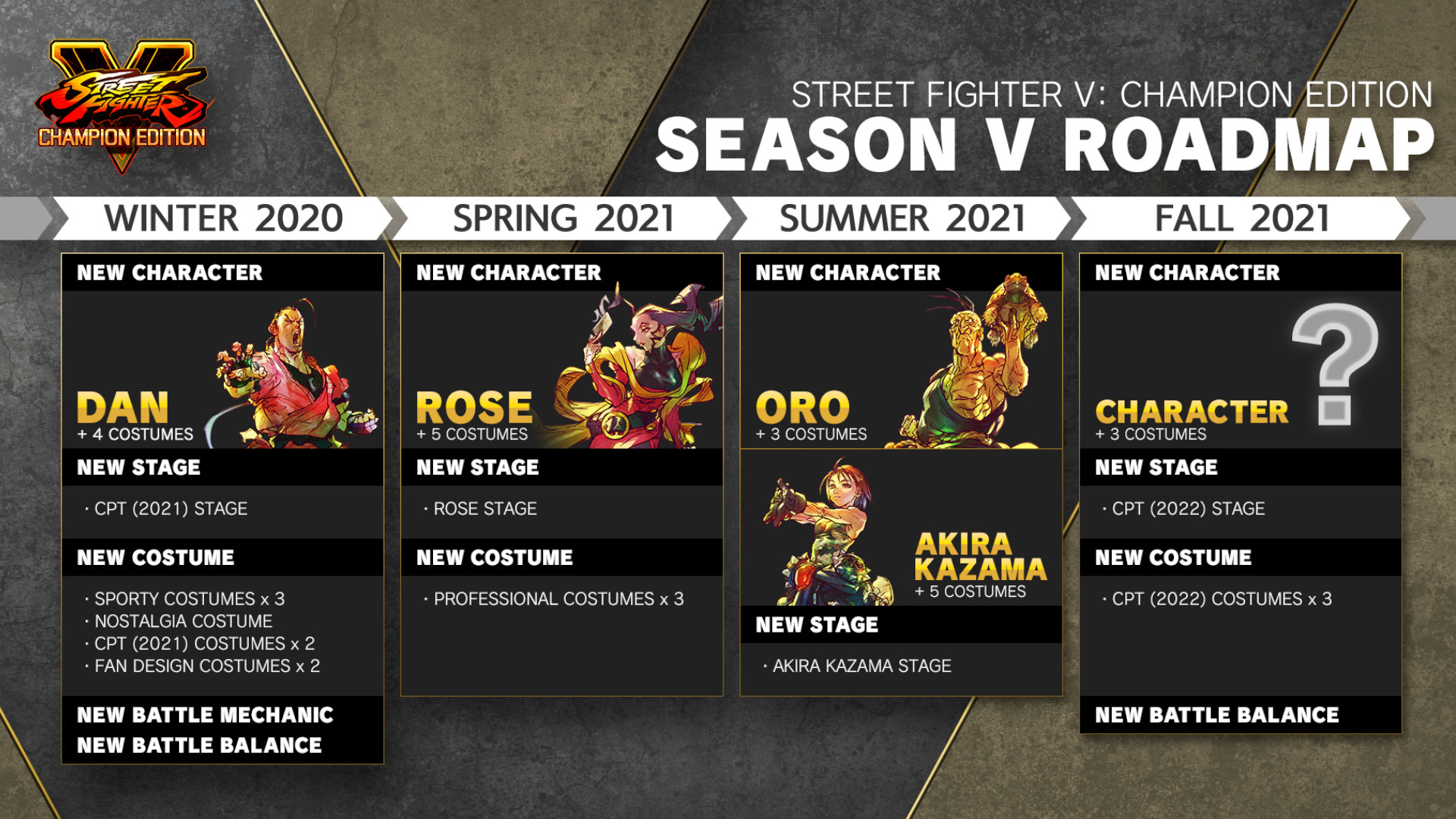