AAGE was one of the most amazing looking games this E3. Being developed by the talented people at id Software and published by the folks at at Bethesda, the game should be one of the most visually stunning show pieces this generation. Developers have claimed that every object in the game if different and is totally hand rendered . On the other hand we have Fallout 3 which was also set in a post-apocalyptic world and was easily one of the best role playing games of 2008. So how do these games stack up against each other? Lets take a look.

Click the images to see them in a pop up and use back-next to navigate through them. 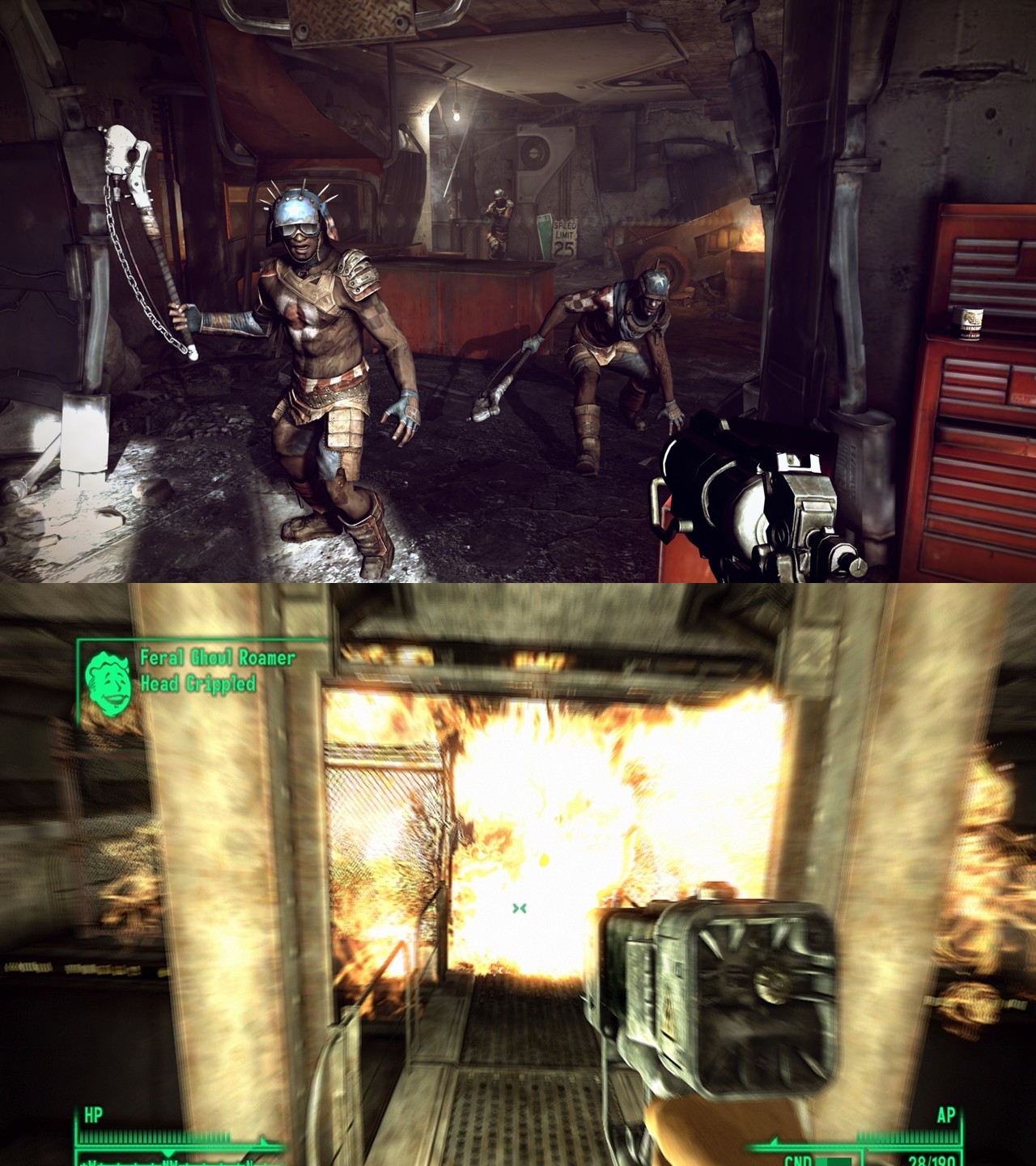