Featuring a GameCube Controller, adaptor, and a steelbook case.

Super Smash Bros. Ultimate looks not just like the ultimate Smash Bros. game, but also a celebration of video gaming as a whole, and one of the best incarnations of Nintendo’s crossover fighting game franchise that there is. So, if you are excited to join in on the festivities this time, you will be excited to learn of a new Limited Edition that Nintendo will sell for it in Europe.

This Limited Edition comes with a Nintendo GameCube controller, a GameCube Controller adaptor for the Switch, a steelbook, and of course, a copy of the game itself (it’s sad we need to specify that these days, given the trend of these limited editions launching without the games included). It costs  £89.99- if you just want the steelbook, a separate steelbook edition of Smash Ultimate is also going to be made available for £59.99. Which is far cheaper (and really, if you have a Switch Pro controller, would you need a GameCube controller at all?).

Super Smash Bros. Ultimate launches exclusively on Nintendo Switch on December 7. There was a stream held for the game recently, and we learned a ton of new things- about a possible unannounced mode, item inclusions, assist trophies, new characters, and new echo fighters. 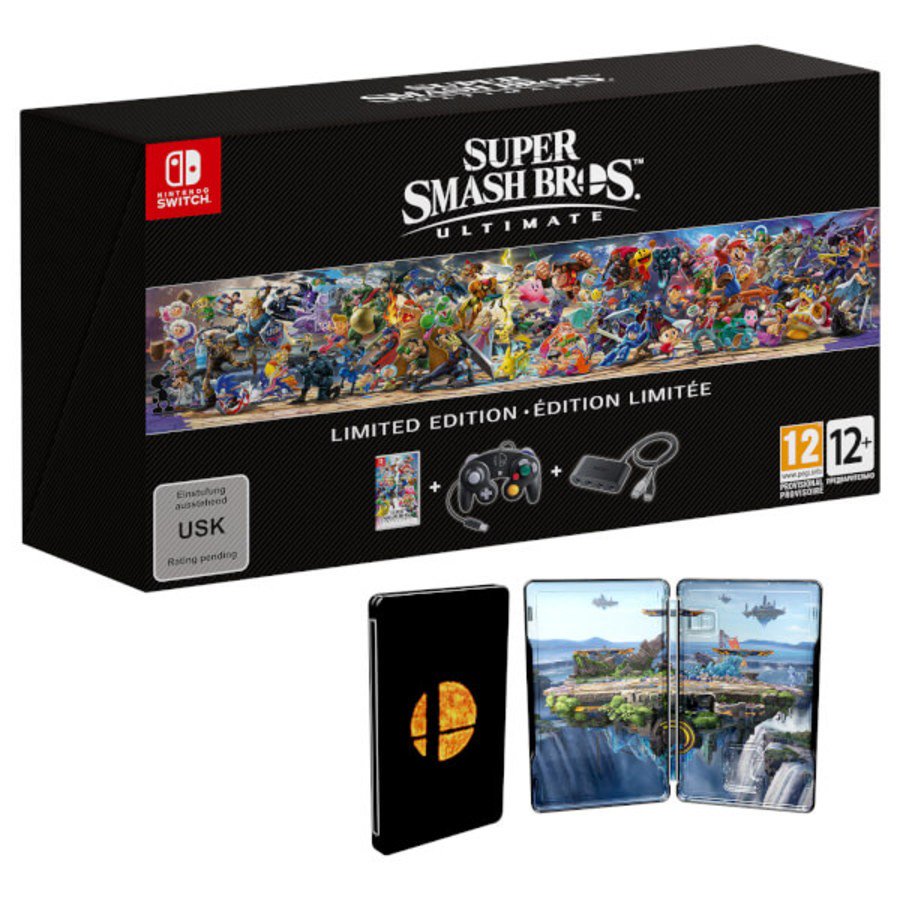