Super Smash Bros. Ultimate – Next DLC Fighter is From ARMS, Out in June

A free game trial for ARMS starts today and runs till April 6th. 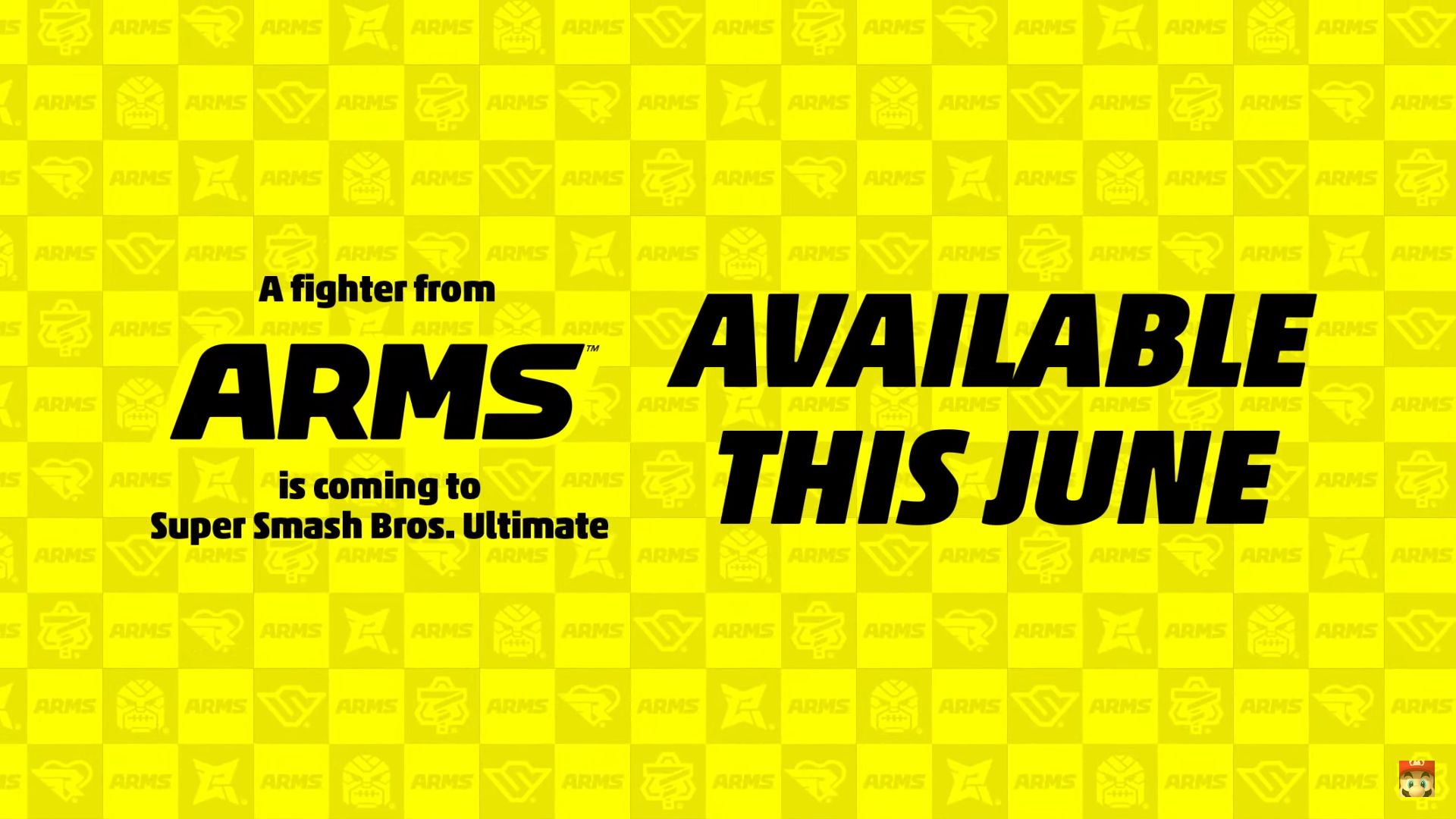 During its recent mini-Direct, Nintendo dropped a bombshell announcement concerning the next DLC fighter for Super Smash Bros. Ultimate. Said character will be coming in June and is from ARMS, the party brawler on Switch. No details were given on who this would be but it’s rather fitting.

In the meantime, Nintendo Switch Online members can experience a free game trial for ARMS starting from today at 9 AM PT till April 6th. ARMS originally released in June 2017 and was one of the better exclusives for the Switch in the early going. It involves fighters with extendable, spring-loaded arms battering each other in arena fights.

Over time, the developer added new fighters, modes and ARMS along with balance patches. There’s a hefty amount of content to experience in the trial as a result and it should prepare players for whoever is joining the Super Smash Bros. Ultimate roster in June. Stay tuned for more details in the meantime.