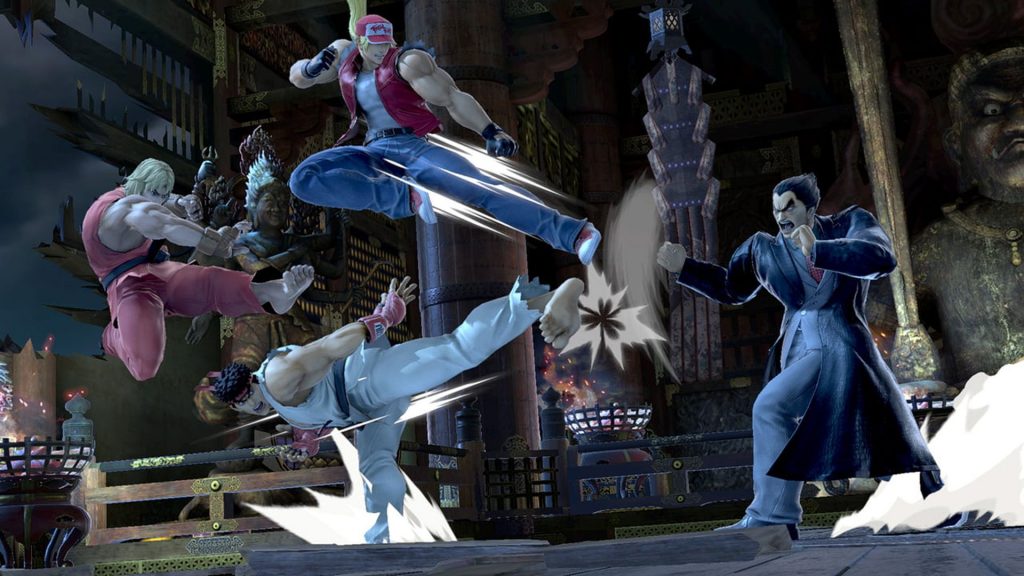 In the latest “Mr. Sakurai Presents” for Super Smash Bros. Ultimate, director Masahiro Sakurai outlined all of the characteristics for the next Challenger Pack – Kazuya Mishima from Tekken. Described as a comeback fighter that deals high damage and can turn a fight around, he’ll be available tomorrow. Check out his myriad of moves below.

When bringing Kazuya into Smash Bros., Sakurai says the team wanted to do more than simply carry him over from Tekken (especially given how different speed and design is for each title). To that end, Kazuya’s main calling card is using the Devil Gene for Smash attacks, Neutrals, and Specials. This includes Devil Blaster, which fires a laser that can hit opponents across the stage; Devil Fist, which will pass through and immobilize a foe briefly; Devil Wings, which can be used to gain additional height or as a rising attack; and Heaven’s Door, which sees Kazuya grabbing his opponent and slamming them down. A fun effect of Heaven’s Door is that slamming an opponent down will also damage any surrounding foes.

If that weren’t enough, Kazuya enters a Rage state at 100 percent health, which multiplies damage by 1.1 and adds a special once-per-stock Rage Drive. The latter essentially turns Heaven’s Door into a more powerful attacks which can send opponents flying. Then there’s his Final Smash, which fires a fan of beams out that hits multiple foes. Of course, be careful not to spam his grapple too much or Kazuya will exit the Rage state.

Of course, the Challenger Pack also adds alternate outfits for Kazuya, a new stage, a whopping 39 songs from the Tekken series and a new Spirits Board for Tekken characters. Challenger Pack 10 will retail for $5.99 and is included with Fighters Pass Vol. 2. Stay tuned for more details on the next major patch as well.