Here's everything that's definitely (and probably) in the works at Nintendo for the Switch.

Nintendo consoles always live and die by their first party support, and though the Switch has certainly enjoyed significantly better third party support than you’d ordinarily expect from a Nintendo system (especially in terms of indie games), there’s little doubt in anyone’s best that the biggest strength of the Switch and its library is still the excellent first party exclusives it’s received and is going to continue to receive. A great deal of first party games are already confirmed to be in development for the Switch, and obviously, a great many more are rumoured, and here, we’re going to try and round up all of it. Of course, we can never truly know about every single unannounced game that’s in development, especially with a company as famously secretive as Nintendo, but there are still quite a few that rumours have spoken about, and we’re going to try and mention the ones that seem plausible. 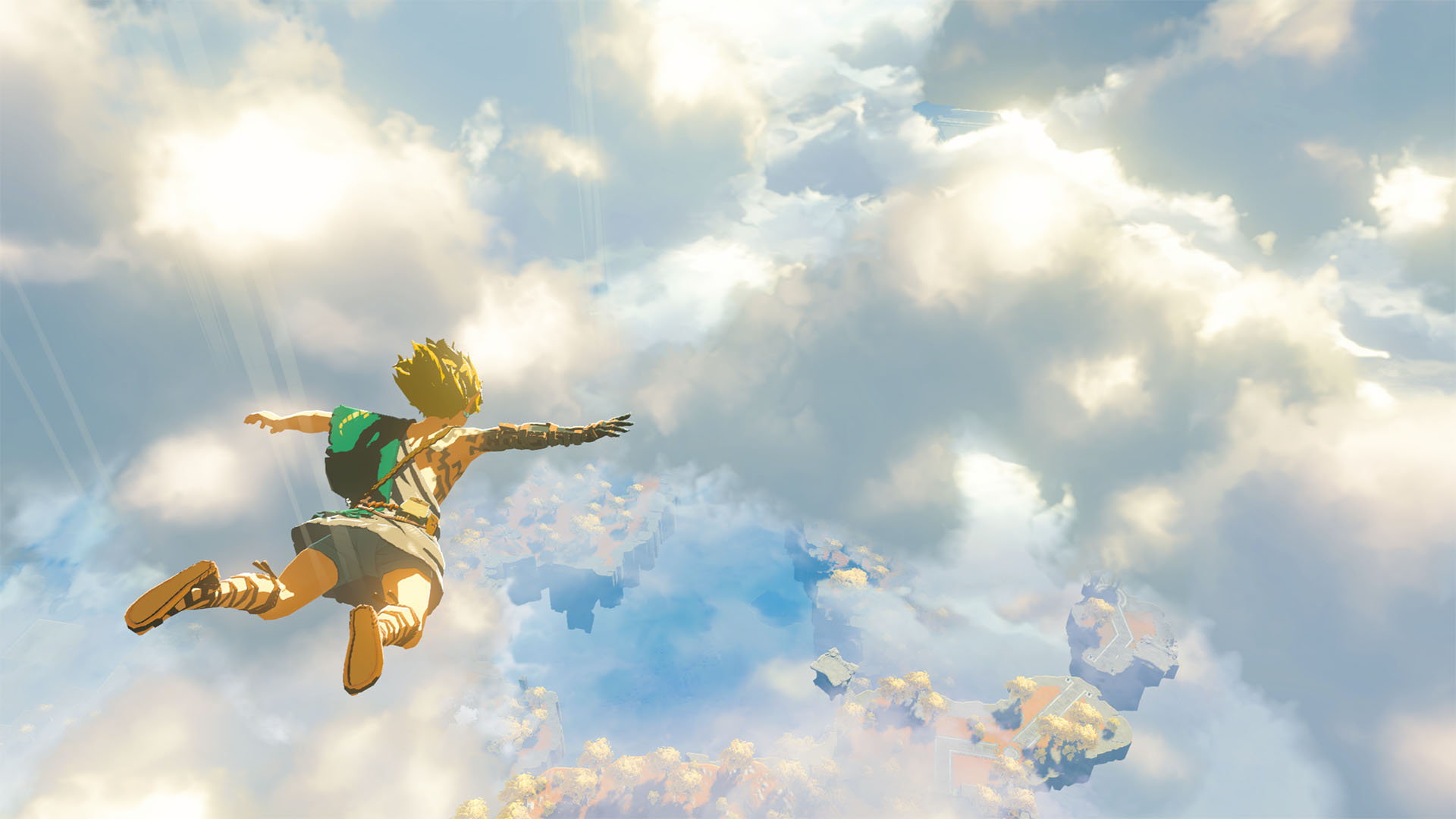 Let’s start off with Nintendo’s own internal development teams, because there’s a whole lot to unpack here. The biggest game currently in development across their internal studios, the biggest game in development for the Switch, and perhaps the biggest game in development, period, is the unnamed sequel to The Legend of Zelda: Breath of the Wild, which is currently targeting a 2022 launch. And that’s not all Zelda fans are getting either. Skyward Sword HD is also in the works and launching imminently, and though Nintendo has said that that’s all we’re getting for the series’ anniversary celebrations in terms of Switch re-releases, rumours continue to insist that The Wind Waker HD and Twilight Princess HD are going to eventually release for the hybrid system as well.

Beyond Zelda, Nintendo’s internal EPD teams still have quite a few irons in the fire. First, let’s talk about the stuff that we definitely know is coming and is confirmed to be in development. There’s Splatoon 3, of course, which is being made by the Animal Crossing team and is currently scheduled to release some time in 2022.

Beyond that, we move firmly into the territory of rumoured games. The one game that’s been rumoured quite heavily of late is a new Donkey Kong title. While Retro has managed the series in recent years, this new one is supposedly being made by the Super Mario Odyssey team. Though it’ll still allegedly be a 2D sidescroller, it’ll drop the Country moniker and do its own thing instead. The rumours mentioned that the game would be announced atE3 and launch later this year, and that first bit obviously didn’t happen while the second seems unlikely as well. Does that mean there is no new Donkey Kong game? Or has the timeline just shifted. Honestly, who knows with Nintendo- but we sure hope the reports are true. Of course, speculation also suggests that a new mainline 3D Mario game is in development. There’s little concrete evidence to suggest that this might be true, but of course there’s going to be a new Mario game. It’s just a matter of when, not if. 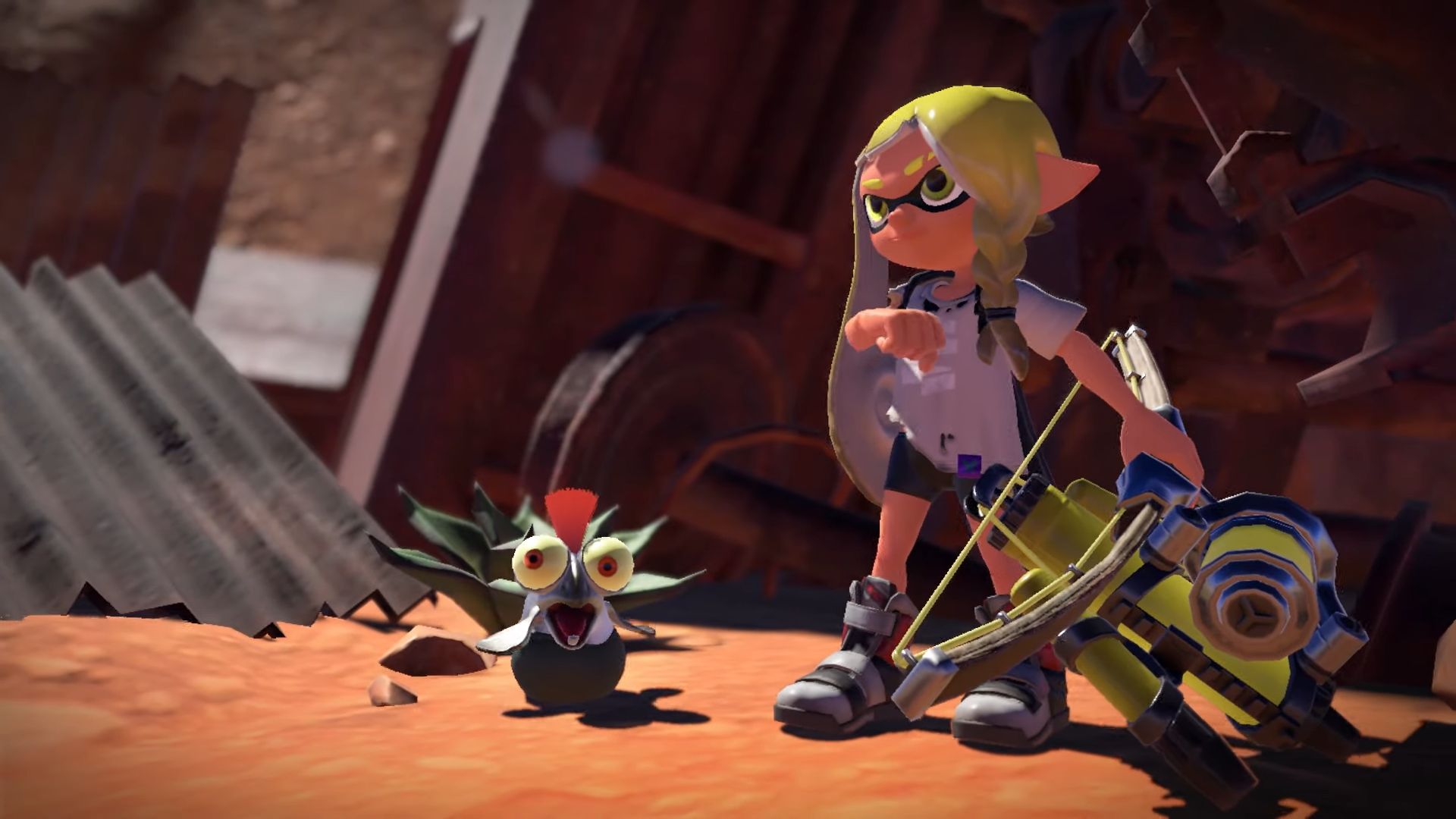 Another game that needs to be mentioned is Pikmin 4, which is a particularly curious case, in that it’s not even rumoured to be in development- it’s been confirmed to be in the works, and for quite some time. In fact, way back in 2015, Shigeru Miyamoto confirmed that Pikmin 4’s development was very close to being done, but said a year later that the game had been put on the backburner, and we’ve heard absolutely nothing about it since then. So is it still coming? Who knows- we just know that Pikmin 4 does exist in some shape or form.

And of course, we’d be remiss not to mention Mario Kart. Mario Kart 8 Deluxe is going stronger than ever, and refusing to stop selling- like Nintendo’s very own GTA 5 or something. Given that, there are many who believe that a new game is likely not coming out any time soon, and of course, that does make sense. But rumours suggest that a new mainline Mario Kart game is in the works, and could be releasing for the Switch in the next year or so. Will it actually happen? That remains to be seen. 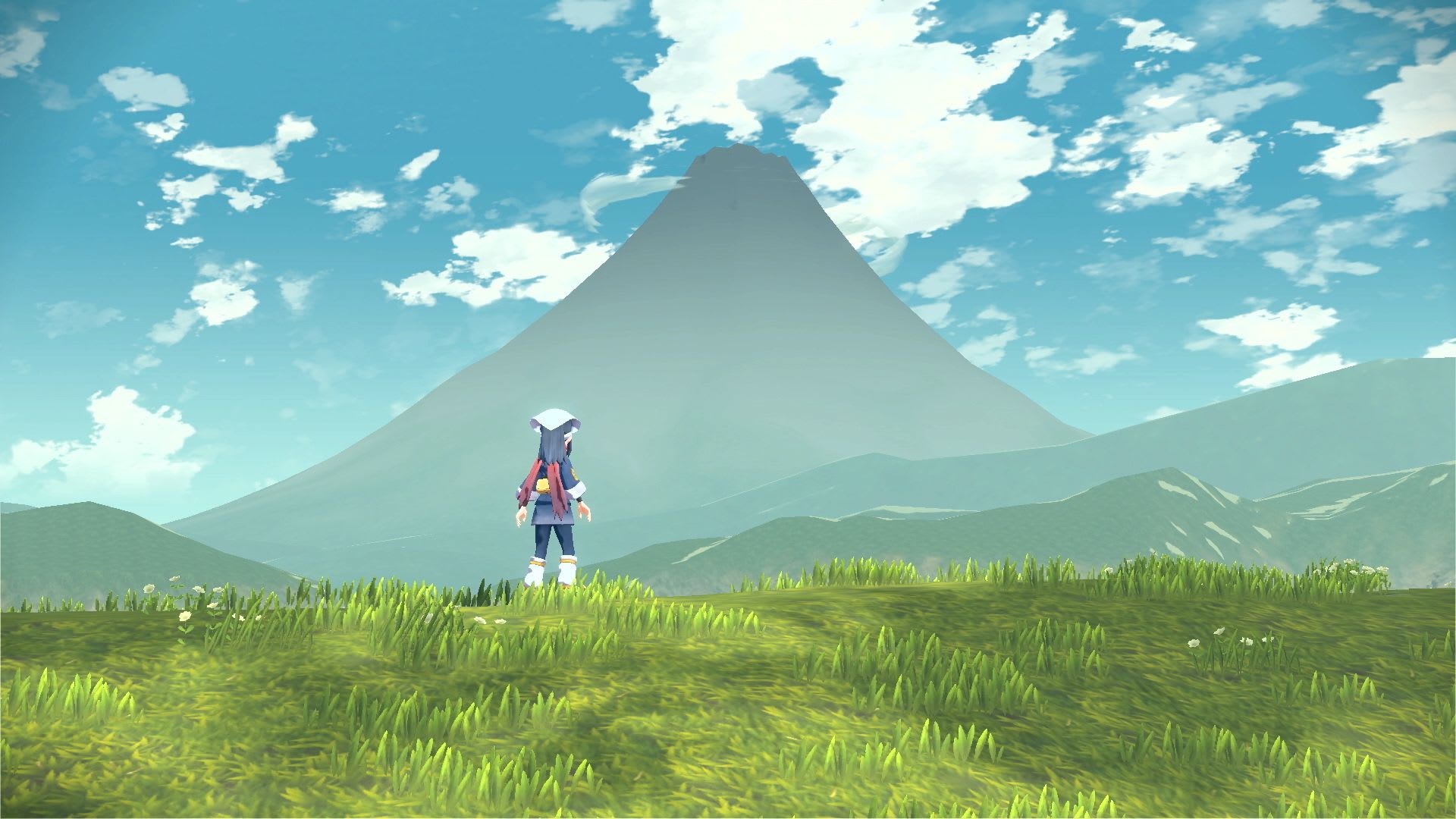 Pokemon is an institution in and of itself, and as a franchise that can singlehandedly sell millions of consoles on its own, it makes sense that Nintendo and The Pokemon Company are going to want to keep pumping these games out. And there’s quite a bit in the works here as well. In November this year, we’re getting the long-awaited Gen 4 remakes with Pokemon Brilliant Diamond and Shining Pearl, which, curiously enough, are not being made by Game Freak, but by ILCA. But even though these are the first mainline Pokemon games to not be developed by Game Freak, series veteran Junichi Masuda is still co-directing.

An even bigger Pokemon release is coming just a couple of months later, with Game Freak bringing a completely new style and flavour to the series with Pokemon Legends: Arceus. The open world game set in Sinnoh hundreds of years before Diamond and Pearl promises to shake things up for the series in some interesting ways, and it should be fascinating to see how it accomplishes that (or if it even does).

Meanwhile, The Pokemon Company is working with Tencent’s TiMi Studios to bring the free-to-play MOBA Pokemon Unite to the Switch, while a new Detective Pikachu game has also been in development for the Switch for some time (though it’s been quite a while since we last heard anything about it).

Interestingly enough, Xenoblade studio Monolith Soft has no officially confirmed games in development right now. Monolith has often done support work for various Nintendo first party games, and that’s obviously going to continue, with Breath of the Wild 2 receiving development support from them. But beyond that, are they working on something of their own? Despite there being no official announcement, obviously they are, and once again, despite there being no official announcement, they’re obviously working on Xenoblade Chronicles 3.

Monolith and Nintendo have every intention of capitalizing on the success the Xenoblade brand has found, so yes, there’s definitely going to be a new Xenoblade game. The only question now is when it’ll be announced. Hopefully soon.

This one is simple and straightforward. NDcube is Nintendo’s party games studio, which, of course, means that the series they’re known for primarily is Mario Party. And yes, there’s a new Mario Party game coming. One was rumoured for some time before its announcement, and at E3, Nintendo officially unveiled Mario Party Superstars, sort of a nostalgic trip down memory lane for the series that’s bringing back classic maps and games from the N64 era, and launching later this year.

Retro Studios took over the development of Metroid Prime 4 a while back and essentially rebooted the game from scratch, so that’s pretty much what they’ve been completely focused on for some time. Development on the game began in early 2019, which would hopefully mean that we should start hearing more about it some time next year. Retro Studios made a name for itself with Metroid Prime, of course, so there’s no shortage of reasons to be excited for this one.

Of course, people have wondered quite a bit about what it was that Retro was working on before development began on Metroid Prime 4. Their last game, Donkey Kong Country: Tropic Freeze, came out way back in 2014, and obviously, the studio wasn’t just sitting silently and doing nothing in the five years that passed between its launch and the beginning of Metroid Prime 4’s development. Rumours claimed for a long while that they were working on a Star Fox game, but in retrospect, it’s clear that that never really existed. Unfortunately, we might have to make peace with the fact that we’ll probably never know what the studio was working on before Metroid came along. It’s safe to assume that, whatever it was, it’s never going to see the light of day. 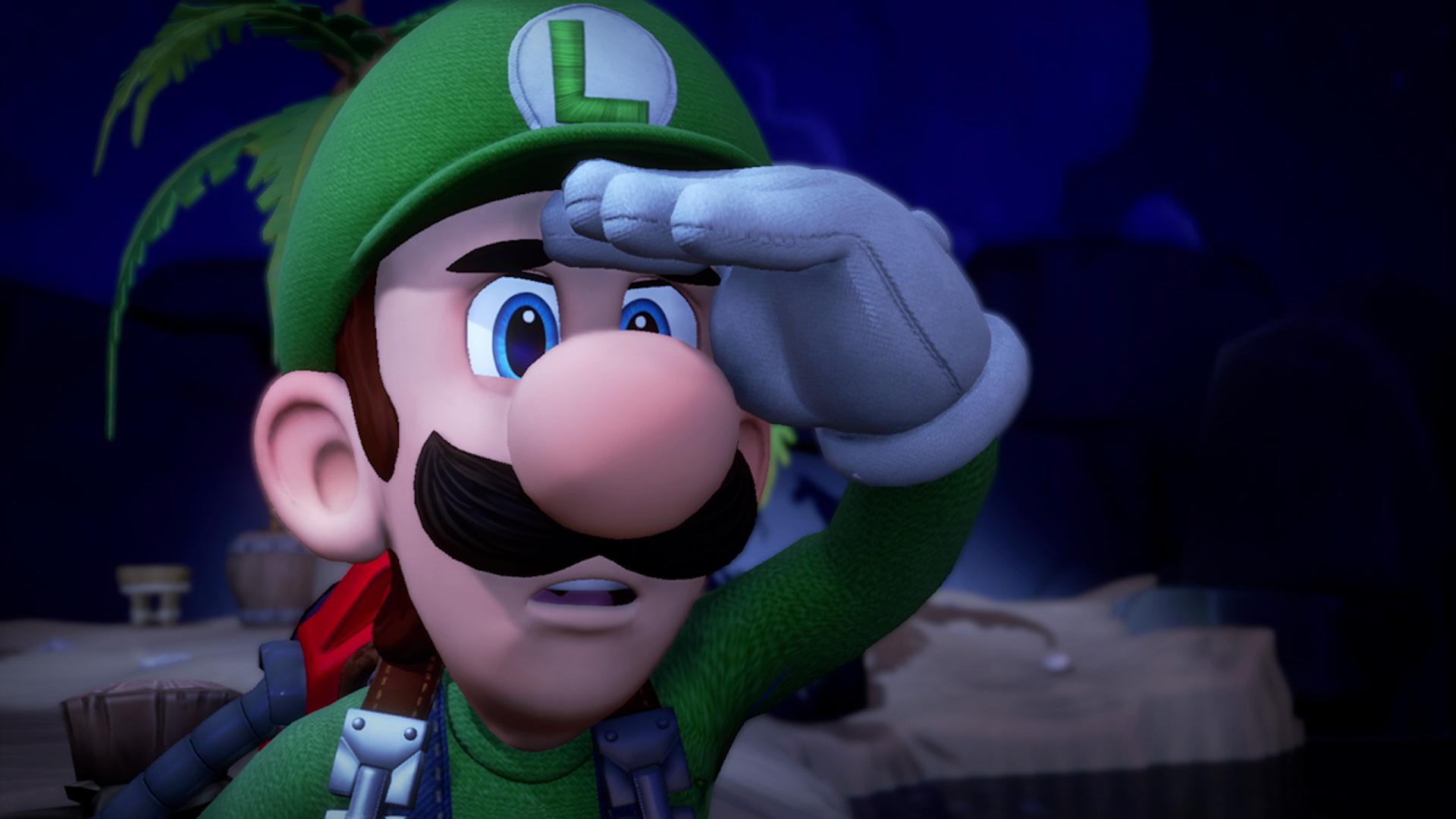 Nintendo acquired Luigi’s Mansion developer Next Level Games earlier this year, and though there are no firm rumours or leaks about what they might be working on, we can speculate and make some safe assumptions. Next Level Games did an absolutely wonderful job with Luigi’s Mansion 3, and that was not only reflected in solid critical reception, but also excellent critical success, with the game having sold north of 10 million copies. That critical and commercial success obviously played a huge part in the studio’s acquisition by Nintendo, so it follows that Nintendo wants more of that. Does that mean a Luigi’s Mansion 4 is in the works. You can never be too sure with Nintendo… but yeah, that’s probably what it means. 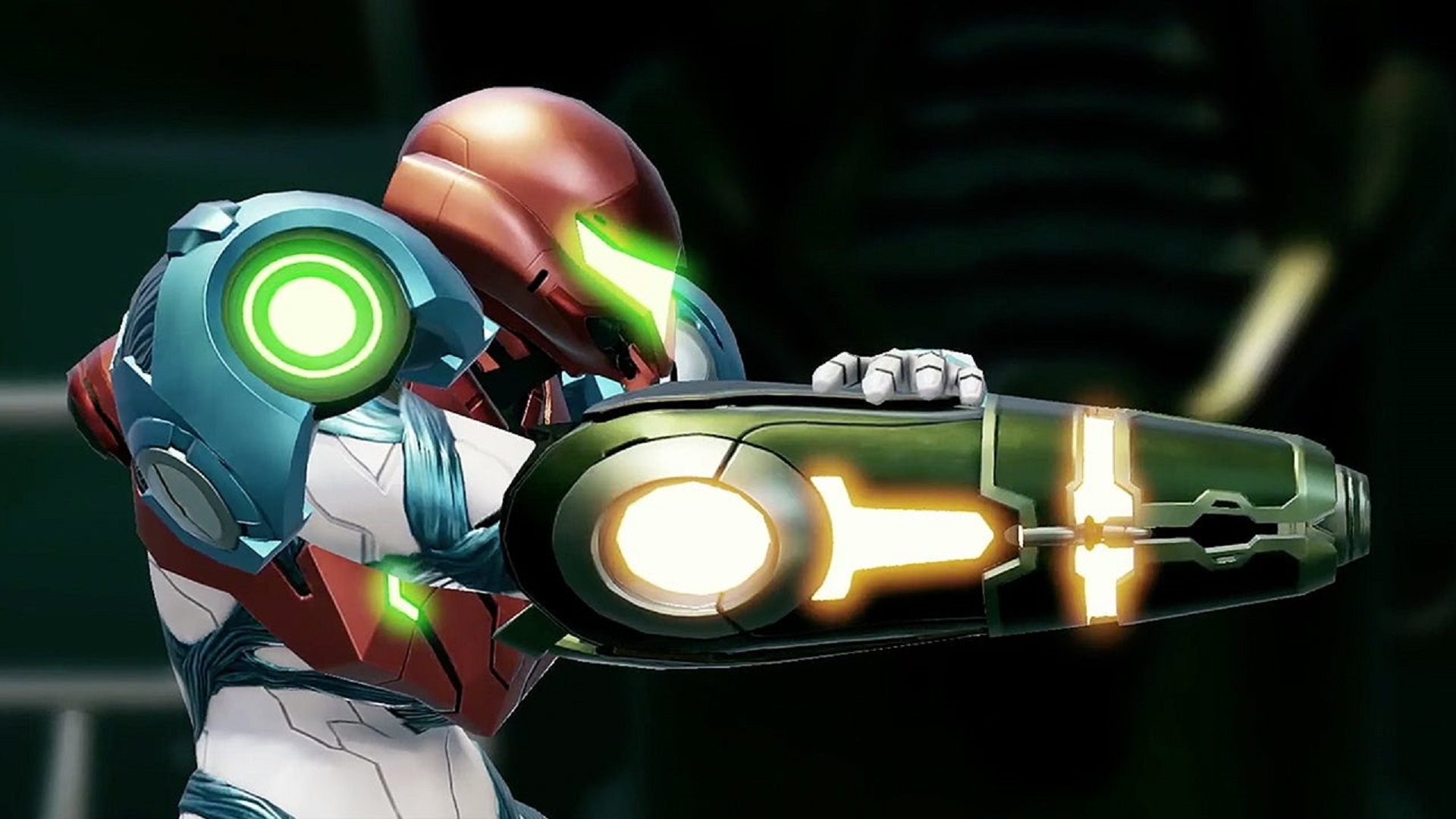 Several first party Nintendo titles are also being worked on by external studios. The biggest one is, of course, Metroid Dread, which Nintendo is working on in collaboration with MercurySteam. Due out this October, Metroid Dread, a game that’s been two decades in the making, is a big deal for this series, and fans are appropriately excited. The long-awaited sequel to Metroid Fusion, the first new 2D Metroid game since 2002, the first new mainline Metroid game since 2010, the first HD Metroid game ever, not to mention the fact that Metroid Dread itself first leaked all the way back in 2005, and that in the time since then, Nintendo has tried to get its development off the ground on two separate occasions, before striking gold on their third attempt with Mercury Steam. So yeah, this is definitely a celebratory moment for Metroid and its fans.

Meanwhile, another crowd-please release primed for this December is Advance Wars 1+2: Re-Boot Camp, which brings the beloved strategy series back with two ground-up remakes developed by indie studio WayForward. Then there’s Bayonetta 3, of course, announced what seems like forever ago but barely anything more than a name, for all practical purposes. Nintendo and PlatinumGames keep insisting the game’s development is going well, and honestly, we’re just going to have to take their word for it right now. Here’s hoping we see something from that game in the near future. Of course, it’s possible that Nintendo and Platinum could be working together on something else as well. It was recently confirmed that the Astral Chain IP’s complete ownership had been transferred to Nintendo, and that combined with the critical and commercial success of the first game has got some hoping that a sequel is in the works.

Finally, there’s Mario + Rabbids Sparks of Hope, coming out some time in 2022. Technically, this isn’t first party. It’s more of a licensing agreement, and the game itself is going to be developed and published entirely by Ubisoft, just as Mario + Rabbids Kingdom Battle was. But come on- it’s Mario. For all practical purposes, it’s basically first party.