David Helgason talks about the future of graphics on tablets and why console gaming isn’t going anywhere. 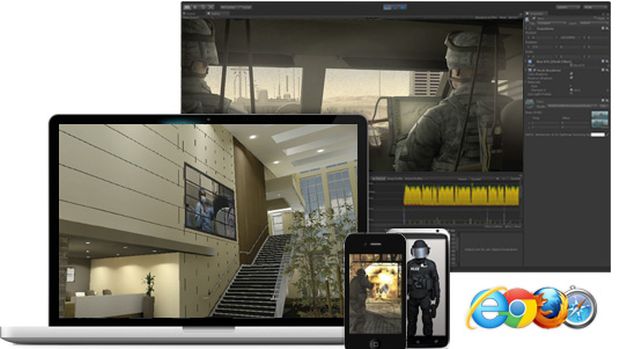 For all the hype that next gen consoles like the PS4 and Xbox One garner, there’s been plenty of discussion about the advancing technology for smartphones and tablets. We caught up with Founder CEO of Unity Technologies David Helgason to discuss the chances of mobiles rivaling graphics on the PS4/Xbox One five years from now, along with other improvements to be expected.

Helgason stated that, “I don’t really think that’s much of a stretch. Improvement of mobile technology is increasing as such a rapid pace that even if they’re not as powerful as PS4 or Xbox One, they’ll certainly be more powerful than the current generation of consoles.”

When asked if he says a day when mobiles become the de facto platform for gaming, and whether we were currently on the second-last, if not last, cycle of consoles, Helgason stated, “The death or end of consoles is greatly exaggerated. There is a lot of money to be found in consoles and gamers commit to making more of an investment in them, which means they’ll continue to purchase games for them.

“However, I think mobile gaming will inspire the next-generation of consoles to be open, less expensive and include fun games from smaller developers. We’re going to start seeing better control solutions, including gamepad controllers for mobile devices, that will certainly push mobile even farther into the realm of consoles as well, especially as mobile games and apps are more easily displayed on big TVs in the living room. I do think it will be some time before the hardcore gamers used to their home console systems will become true believers in mobile.”

With processors such as the Tegra 4 and Snapdragon 800 bringing us that much closer, it’s definitely a given that we’ll be seeing more blockbuster titles similar to Deus Ex: The Fall for mobiles. What are your thoughts on mobiles overtaking consoles? Let us know in the comments.