What Went Wrong With Bionic Commando? 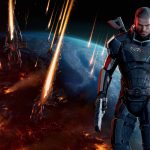 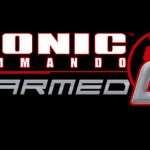 [HTML1] A new video for Bionic Commando Rearmed 2 has been released, showing a boss battle with a huge chopper-like machine thingie named MegaCopter. It looks a lot like Contra, and even sounds like ... Read More

Bionic Commando is a direct sequel to Bionic Commando: Rearmed released on the Playstation Network and Xbox Live. The game is developed and published by Capcom im collaboration with Grin studios. So i... Read More