Activision have announced that Call Of Duty Elite Beta is now available on the PS3. You can check the official press release below: We are thrilled to announce that the Call of Duty® Elite Be... Read More

[HTML1] A new walkthrough video (30 minutes long, no less), has been posted up by GameSpot. Not only does it describe how Elite works, it also shows some snippets of Modern Warfare 3. Take a look, i... Read More

[HTML1] A lot of questions have been surrounding Call of Duty Elite, here is a video to clear some things up with a little humor on the side.  Activision will also be hosting an event in Los Angeles... Read More 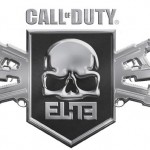 First off all the Kill Streak system has been completely revamped for Modern Warfare 3, but the even though that is all that we officially on it, creating a point system to obtain the previously k... Read More 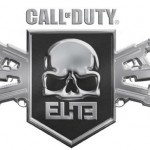 No surprise here; the upcoming Call Of Duty online community service 'Elite' Beta has proved to be pretty popular. Over two million people have signed up for the service's beta in two weeks. It blew ... Read More

British newspaper The Guardian have reported that premium membership to Call Of Duty Elite, an upcoming web service tied to the Call Of Duty games, will include "exclusive access"  to a COD web TV se... Read More

Activision’s new Beachhead studio have announced that they are working on Call of Duty Elite, a subscription based program for people who own Call of Duty games. “The average Call of Duty... Read More