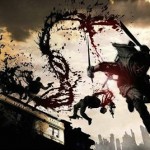 Valhalla Studios may not have found a publisher for Tomonobu Itagaki's Devil's Third - his first new title away from Tecmo - but that doesn't mean they aren't marching ahead with franchising it. ... Read More 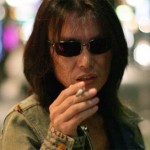 THQ had dropped the Devil's Third IP citing poor sales projection as the reason, however they have given the rights of the IP back to Valhalla Game Studios and Tomonobu Itagaki. "THQ confirms that ... Read More

Tomonobu Itagaki, the creator of Ninja Gaiden may have to start crying and listening to Aerosmith again, because his over-the-top action game Devil's Third has been dropped by THQ who cited that the "... Read More

[HTML1] A new E3 trailer is now online for upcoming third person shooter Devil's Third. The trailer gives you some tasty behind the scenes footage. Check it out above.Read More 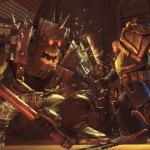 Relic, devs of games like Company of Heroes and Warhammer 40,000 will be assisting Itagaki’s team on Devil’s Third. This was confirmed by THQ boss, Danny Bilson to Joystiq. However, no furthe... Read More

I'm guessing you could have figured out who said that even if I hadn;t specified in the headline. Itagaki, creator of games such as Ninja Gaiden and Dead or Alive, and currently working on his upco... Read More