Despite some troubles, Techland's highly anticipated sequel is slated to release this year. Here are all the new details you need to know.

Dying Light 2 Could Feature Cross-Play and Have Microtransactions, as Per ESRB Rating

The ESRB age rating for Dying Light 2 mentions user interaction across platforms and in-game purchases, though neither detail has been officially confirmed by Techland.

A physical Collector's Edition has also been revealed, which includes a UV flashlight, art book, map of The City, steelbook and 10 inch statuette.

Decide how Aiden evolves over the course of the game; assign districts to different factions to unlock new tools; and much more.

Taking place 20 years after the first game, the story sees Aiden Caldwell venturing to The City to locate a missing relative.

Ads for the game have been spotted on various sites, touting a December 7 launch date for the open world title.

Emails also sent out to press members, noting The City to be in danger and how the player is "our last chance for survival."

Techland has been updating a short clip from the sequel with a new word each day. It currently reads "Are you dying 2 know."

"We started testing on the older generation consoles much earlier than in other projects," says rendering director Tomasz Szałkowski.

The game's opening area alone houses about 7-8 hours' worth of content. 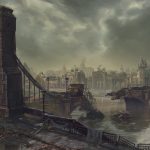 Dying Light 2 Will Have Ray-Tracing, 4K, and 60 FPS Modes on PS5 and Xbox Series X

"We try to cram as much as possible onto the next-gen consoles," says rendering director Tomasz Szałkowski.

"2021" appears at the end, seemingly indicating a release window.

Community manager assures there will be more than just "development is going smoothly."

Dying Light 2 Was Announced Too Early, but it’s Not in Development Hell – Techland

The developer assures that Dying Light 2 is still very much in active development.