The Riftbreaker Supports 4K and Up to 60 FPS With Ray Tracing on PS5, Xbox Series X

The Xbox Series S version runs at 4K and up to 60 FPS as well but without ray tracing. Full keyboard and mouse support is also included. 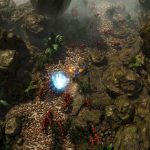 The Riftbreaker Will Launch for Xbox Game Pass Day 1

A meaty new gameplay trailer has also been released.

Having a Single Xbox SKU Would Have Been Preferable, But the Xbox Series S Doesn’t Require Too Much Extra Work – Dev

The Riftbreaker developer doesn't feel the lower specs of the Xbox Series S are too much of a concern.

The Riftbreaker Gets Over 5 Minutes Of Gameplay

The wild RPG/RTS hybrid gets some extended gameplay. 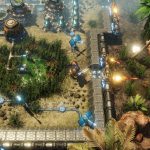 The Riftbreaker Interview – An Amalgamation of Multiple Genres

Exor Dev On Why Microsoft Initially Struggled With Xbox One, Not Enough 1st And 3rd Party Dev Support

Pawel Lekki, Chief Operating Officer, EXOR Studios also comments on whether they will bring their games on the Nintendo Switch. 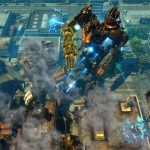 "Gameplay mechanics are always going to be limited to what is available on the base level consoles."