Xbxo One Dolby Digital for Optical Headsets Arriving After Launch

Microsoft's Albert Penello comments on the lack of Dolby Digital support at launch.

These are one killer pair of headsets I have to say right off the bat and they are specifically made for use with the Xbox 360.  There are plenty of features that the Tritton Dolby 7.1 Surround S... Read More

I myself, even as it is my job to know certain things, have fallen victim to only thinking of Turtle Beach or ASTRO, when gaming headsets come to mind at times.  The bottom line is that you better st... Read More 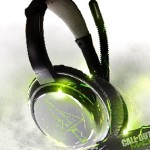 Turtle Beach is releasing their line of Limited Edition Modern Warfare 3 Headsets, one by one starting with the Foxtrot, then the Charlie followed by the wireless Bravo and ending with the 7.1 Surroun... Read More 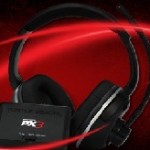 Turtle Beach will be showing off two new headsets at E3 for the Playstation 3 and PC.  The PX3 which you may have heard of comes preloaded with 18 interchangeable, fully customizable presets. The... Read More 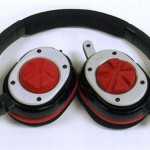 These little bad boys pack a punch.  Right away I want to point out that these are digital stereo headsets, so you won't be getting any 5.1 Dolby Digital sound.  But I can let that stop how much I l... Read More