Purah and Robbie join the line-up along with another playable character, new story content and stages like the Coliseum and Lanaryu Road.

Hyrule Warriors: Age of Calamity – Pulse of the Ancients and Guardian of Remembrance Expansions Detailed

The Guardian Attire and Guardian Sword obtained from purchasing the Expansion Pass have also been revealed. 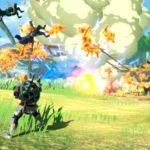 The musou action game is continuing to enjoy solid sales.

The first wave of DLC is out in June. 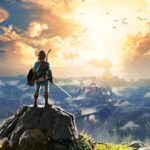 The Musou-style action adventure is available now for Switch.

Hyrule Warriors: Age of Calamity Review – Back to the Future

Nintendo’s hilarious inability to deliver a straightforward prequel in the Zelda franchise continues.

It's already become the highest selling musou game of all time.

The battle for Hyrule's future unfolds on November 20th.

Hyrule Warriors: Age of Calamity – 13 Things You Need To Know Before Buying

Here's everything you need to know before diving into Hyrule's past.

Chapter 1 can be played, with progress transferring over to the full game.

Also, a mysterious figure is teased near the end.