Well apparently Gears of War 3 has been leaked through torrent sites and then obviously only playable on modded Xbox 360 JTAG Consoles.  It is not the complete version of the game but the whole cam... Read More

A user over at Neogaf has posted the first image of THQ's upcoming sandbox, Saints Row 3. The game, which is yet to get official reveal looks set to be announced in March and the images (or poste... Read More

EA: We’re aware of the leak and urge you to support us

Crysis 2's BETA build containing the entire game got leaked last night and it seems EA has got the air of it aswell. The publisher issued a statement touching the issue and urged every PC gamer t... Read More

Reports have confirmed that a early BETA build of the entire Crysis 2 game has made its way to torrent websites and is downloadable and playable right now. The leaked version contains the full si... Read More

A image has popped up which appears to be that of a limited edition for Battlefield 3. The limited edition will come with a DLC pack known as Back to Karkand, which will feature 4 legendary BF 2 ... Read More

Examiner's got details regarding a planned PS3 bundle for Evolution's upcoming racer, Motorstorm: Apocalypse. The bundle, which can be seen on Amazon France's website will contain a Black Playst... Read More 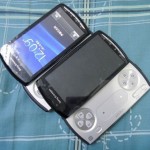 The PSP Phone, codenamed Zeus, has been leaked time and again, and still it is not officially announced. And now, EndGadget, the original "leakers" of the PSP Phone, have released a new set of pictu... Read More

Call of Duty: Black Ops seems to getting one thing or other leaked in quick succession. First a retail copy and now the full map list have got leaked. It reveals that there are a total of 14 maps pr... Read More

A thief apparently took off with a retail copy of the game from a printing press in Alabama, the game is still far off from release, with November 9 being its planned release date. Set to be the ... Read More