Archive For My Friend Pedro Tag 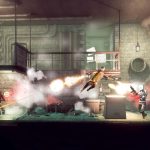 My Friend Pedro Rated In Europe For PS4

The fantastic shooter could be coming to Sony's console soon. 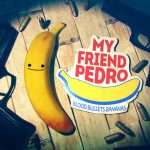 Several new modifiers have been added including Big Head Mode, All Weapons and Unlimited Ammo.

Take your banana on the go.

My Friend Pedro Sells 250,000 Units In First Week And Gets “Behind The Schemes” Celebration Video

The indie game has hit some banana yellow gold.

The side-scrolling shooter is available on Nintendo Switch and PC.

My Friend Pedro Releasing on June 20th for Switch, PC