$10 million is the ultimate goal.

Shenmue 3 Gets A New Prototype Video

'The composition for the game has been finalized.'

Shenmue 3 Prototype Shown Off In China

Looks like Shenmue 3 will have the same kind of immersive world its predecessors did.

Shenmue 3 New Screenshots Show Us How Development Is Progressing

Shenmue 3 Could Eventually Be Coming To The Xbox One

The game's director says "I’ll let you use your imagination" on whether he's talked to Microsoft about a port.

Ryo is "back in action" according to the game's official Twitter.

Shenmue 3 Is In A Playable State For Testing

But still not for the general public.

Ys Net will accept funding from those who didn't have the chance earlier.

Also becomes the eighth most funded Kickstarter project of all time.

As of now, it's simply uncertain whether the crowd-funded RPG will ever have a physical release.

Shenmue 3 Teaser is Full of Fireflies

Watch Ryo and Shenhua visit the Lake of the Lantern Bugs in new early footage. 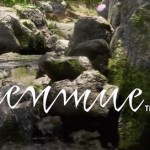 That's another excuse for not backing the game gone. 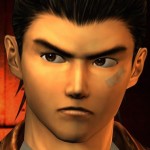 Shenmue 3 Will Have Original Voice Actor For Ryo

What other kinds of perks are going to pop up?

Yu Suzuki will also accomplish a much longed for feature at the $5 mil mark.