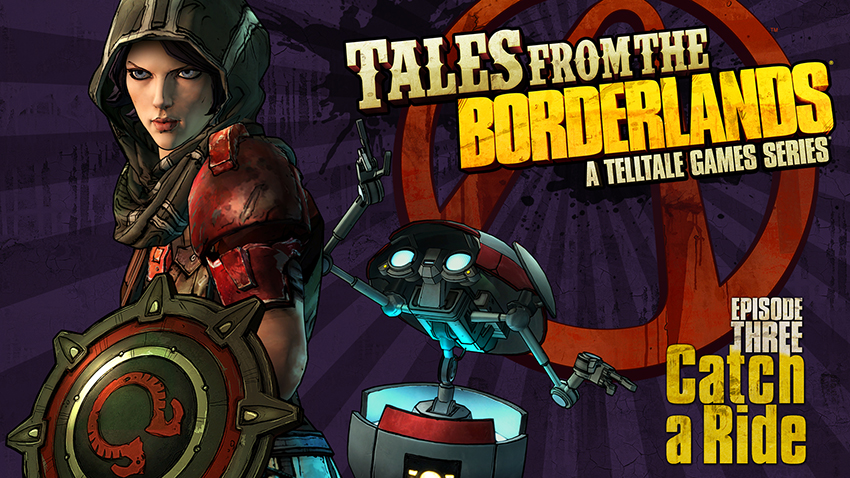 Telltale Game’s Tales from the Borderlands, their take on the Borderlands world and characters, will be receiving its third episode later this month- specifically, Episode 3, entitled ‘Catch A Ride,’ will be available starting June 23 for Xbox 360, Xbox One, PS3, PS4, PCs running Windows and Macs, and mobile devices running either iOS or Android.

In ‘Catch a Ride,’ Rhys and Fiona find themselves looking for another piece of the puzzle that will lead them to the untold riches of Vault key ownership.Pursued by the ruthless criminal ‘Queenpin’ Vallory, getting anywhere near the Vault will be entirely up to you, as the game takes you through its narrative with the traditional Telltale emphasis on player agency and choice.

Tales from the Borderlands is available for free to anyone who bought the Season Pass for the game- those people should be able to download the episode as an update on June 23, and onwards. It will also be available to purchase separately for all those of you who didn’t go the Season Pass route.