Telltale Games Announces ‘The Walking Dead’, ‘Fables’ and Much More 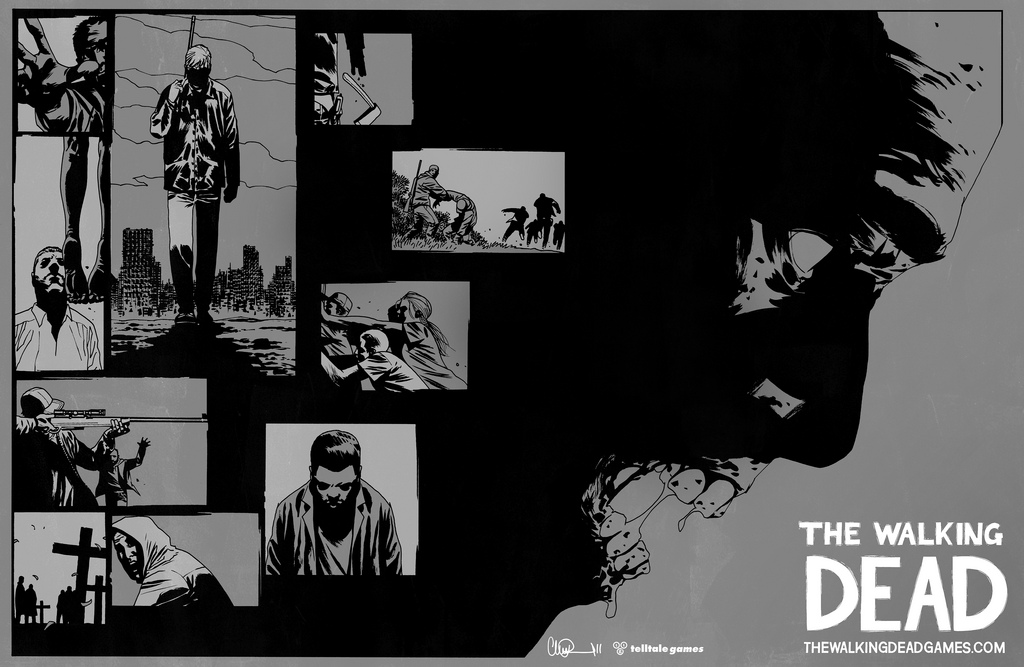 Telltale Games just decided to let the bag open on everything they are working on including ‘The Walking Dead’ game.  The game is based on a TV series and the developers want to stay true to the TV series in all aspects.  More importantly the game will not be you average zombie slaughter fest but rather concentrate on surviving and not just from the walking dead but other dangerous survivors too, keeping a more realistic feel to it.  The Walking Dead will apparently be hitting all platforms toward the end of 2011.

That old game game that I’m probably the only one the remembers, ‘King’s Quest’ is being remade by Telltale Games with “all new episodic games and multiple series”. The ‘Fables’ comic book series from Vertigo will also be turned into a game coming to Xbox 360, Playstation 3, PC and Mac in early 2012 thanks to Telltale.  Jurassic Park: The Game is also under the wing of Telltale due for release this April.  Puzzle Agent 2 and Hector: Badge of Carnage are also coming to PC and iOS later this year giving Telltale Games quite a handful of projects.

Here are ‘The Walking Dead’ and ‘Fables’ Official Press Release below:

The Walking Dead is an epic drama where personal trials are magnified against a backdrop of moment-to-moment survival. As a zombie epidemic of apocalyptic proportions sweeps the globe, the dead are rising to feed on the living. The living are changed by the overwhelming realization that those who survive can be far more dangerous than the mindless walkers roaming the earth. In a world ruled by the dead, the survivors are forced to finally begin living.

“We have been fans of The Walking Dead for years. As a narrative-driven company, we really appreciate Robert Kirkman’s masterful craftsmanship in every story,” said Telltale CEO Dan Connors. “Fans of the franchise are going to be really excited by how we deliver this in the games.”

Published by Image Comics, The Walking Dead comic series earned the 2010 Eisner award winner for Best Continuing Series and is consistently atop the New York Times best-seller list. The television series made its television debut on Halloween 2010 on the AMC cable network and immediately became the most-watched drama series in cable’s history with 18-49 year olds, attracting over 6 million viewers. The television series has earned nominations for numerous top industry awards, including Golden Globes®, Writer’s Guild and Director’s Guild honors.

“The folks at Telltale Games are a great choice for bringing The Walking Dead to life as interactive entertainment,” said The Walking Dead creator/writer Robert Kirkman. “They care as much as I do about the story and characters while seamlessly weaving that into the games they build. Anyone who knows me, knows that I am ecstatic to work with the same people putting out the coolest Jurassic Park game ever.”

Telltale has opened up registration to sign up for timely information and updates at http://www.thewalkingdeadgames.com. Telltale will release additional information on The Walking Dead games in the coming months.

A consistent New York Times bestseller, FABLES is one of DC Comics’ longest-running series published under its Vertigo imprint. The series received over a dozen Eisner Awards including Best Writer, Best New Series, and numerous wins for Best Serialized Story, and was a 2009 Hugo Award nominee for Best Graphic Story.

FABLES imagines that all the characters from the world’s most beloved storybooks are real—real, and living among us, with all of their powers intact. From Snow White and the Big Bad Wolf, to Goldilocks and Little Boy Blue, these beloved characters are alive and well—but they’ve been exiled from the land of fairy tales. Escaping the mysterious Adversary, they have relocated to a magically camouflaged New York City neighborhood known as Fabletown. To survive in the mundane world, the Fables will have to fight for their happily ever after.

“Bill Willingham’s FABLES brings everything we look for in a property to bring to episodic gaming,” said Dan Connors, CEO of Telltale Games. “Strong, iconic characters, deep, nuanced story arcs, and rich, fully realized worlds. This is a series that will work extremely well for the cinematic style of adventures that Telltale delivers.”

“FABLES is one of the cornerstone series of DC’s Vertigo imprint thanks to Bill Willingham’s excellent writing and Mark Buckingham’s gorgeous art,” said Geoff Johns, Chief Creative Officer, DC Entertainment. “At its heart, FABLES is a captivating serialized story built in a new, yet familiar universe, one that will translate to a great episodic gaming experience.”

Telltale has opened up registration to sign up for timely information and updates at http://www.ttgfablesgames.com. Telltale will release more information on the FABLES project later this year.

Thanks to D’toid and VG247 for keeping up with this.