Tetsuya Nomura is a busy man. With work on the latest instalment in the long running Final Fantasy series just having been released, he is now involved with the much anticipated Playstation 3 exclusive Final Fantasy Versus XIII. However, that may not be what is currently taking up his time.

In a recent interview featured in Game Informer (is anybody starting to see a pattern here?), Nomura mentioned FFVXIII, though he remained elusive on the whole. What’s interesting is that he mentioned several other titles he’s working on, slated to be announced (and released) starting this E3 and ending winter. 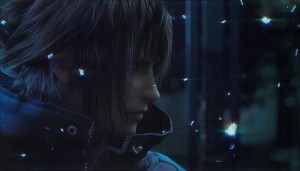 “Developement is progressing smoothly, but starting with E3 and through winter, there are a number of titles I am involved in that will be announced. And of course, the company as a whole has many upcoming projects, so we’ll take it one step at a time. We do have plans to officially showcase the title at a certain point.”

What could he be referring to here? A new Kingdom Hearts? The Dissidia: Final Fantasy sequel we were promised? Something else? Well, we’ll find out soon enough, won’t we?