So folks Tokyo Games Show is almost here. Now its a well known fact that this generation has been the best of gaming and we still dont have a clear winner as far as hardcore gaming is concern. The Wii is way ahead of the competition. So this event is very important for Microsoft and Sony. Here is what we expect the two companies will announce at TGS 2009.

Year 2009 has been great for Sony so far. With the recent price cut and and the introduction of the PS3 slim, it seems that Sony is on a dream run. Now here is what they could do to keep the hype going. Sony should  show more of Uncharted 2: Among Thieves at the show. And probably Sony can again boast about the recent price cut and the PS3 slim. And how about Sony announcing a new PS3 exclusive?  Metal Gear Rising is not actually Metal Gear Solid 5.  So MGS5 exclusively on the PS3?  Well you never know.  Also we hope to see a new Onimusha game. Its been almost 4 years since we played the last one and just cant wait for a new game to come out. Also I bet Square Enix will show more of Final Fantasy XIV but behind closed doors. Last Guardian in playable form, anyone? 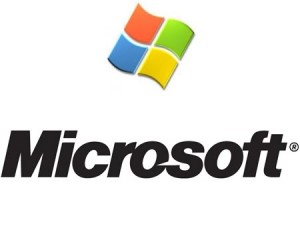 If there is any game company that needs to perform out of their skins it has to be Microsoft. I mean i hope their presentation is not Japan oriented and will represent what they are going to do globally.  They really need to announce something really out of the box cause there is  negative publicity going on about Microsoft in the media. Gears of War 3 ? Not sure since they will do that in a American show. So probably they need to to announce a couple of new exclusives for the system. May be they can announce a new Xbox 360 slim or a new Xbox handheld? A live demo of Project Natal? We will know soon enough.

So folks what are your thoughts?