The Division 2 Interview – What’s Next After New York?

The Division 2 associate creative director Yannick Banchereau speaks with GamingBolt about what lies ahead for the looter shooter.

With the recent launch of Warlords of New York and a return to where it all started for the series, The Division 2 has entered the next phase of its life, and the future definitely looks interesting for Ubisoft’s open world looter shooter. On top of its additional new content with a new map and a new story, The Division 2 has also introduced changes to many of its core systems, while with its new seasons, how it handles post-launch content going forward is also going to be different. As a live service title, it’s clear that there’s plenty to look forward to for The Division 2 players, and so, to get a sense of how the recent expansion has shaped our future, we sent across some of our questions about it to the developers. You can read our interview with associate creative director Yannick Banchereau below.

"It’s fantastic to see players excited to go back to New York City, and jump on the hunt for Aaron Keener. Overall, we’re very happy with the reception from our community and the overwhelming positivity that came with the reveal and then release of the expansion."

Congratulations on the launch of Warlords of New York! How has the feedback from the community been since the expansion’s release?

Amazing! It’s fantastic to see players excited to go back to New York City, and jump on the hunt for Aaron Keener. Overall, we’re very happy with the reception from our community and the overwhelming positivity that came with the reveal and then release of the expansion. Of course, you can’t let the honeymoon phase completely take over, so we made sure to immediately jump into feedback mode to address all the things that didn’t connect as well with our players.

Are there any fixes or updates you’re working on for the expansion or the base game currently as a direct response to any feedback from players?

While we’re currently accustoming with working from our homes due to the current there are many things that we are working on already that are directly based on player feedback. We’ve received a lot of comments on the overall difficulty of the game, especially at higher difficulty modes, so we’re making sure to address that. We just released an update (TU 8.4) on Wednesday, March 25th that contained a lot of balancing changes to address that specific issue. We’ve also kicked off our first Season, and as you can imagine with a feature that size, there’s a lot of elements that our players would like to see evolve in different directions. With our experience creating this type of content, we’ve been expecting that kind of feedback and made sure to be ready to start addressing those points as soon as the content is out, and our players help us identify what needs to be improved. 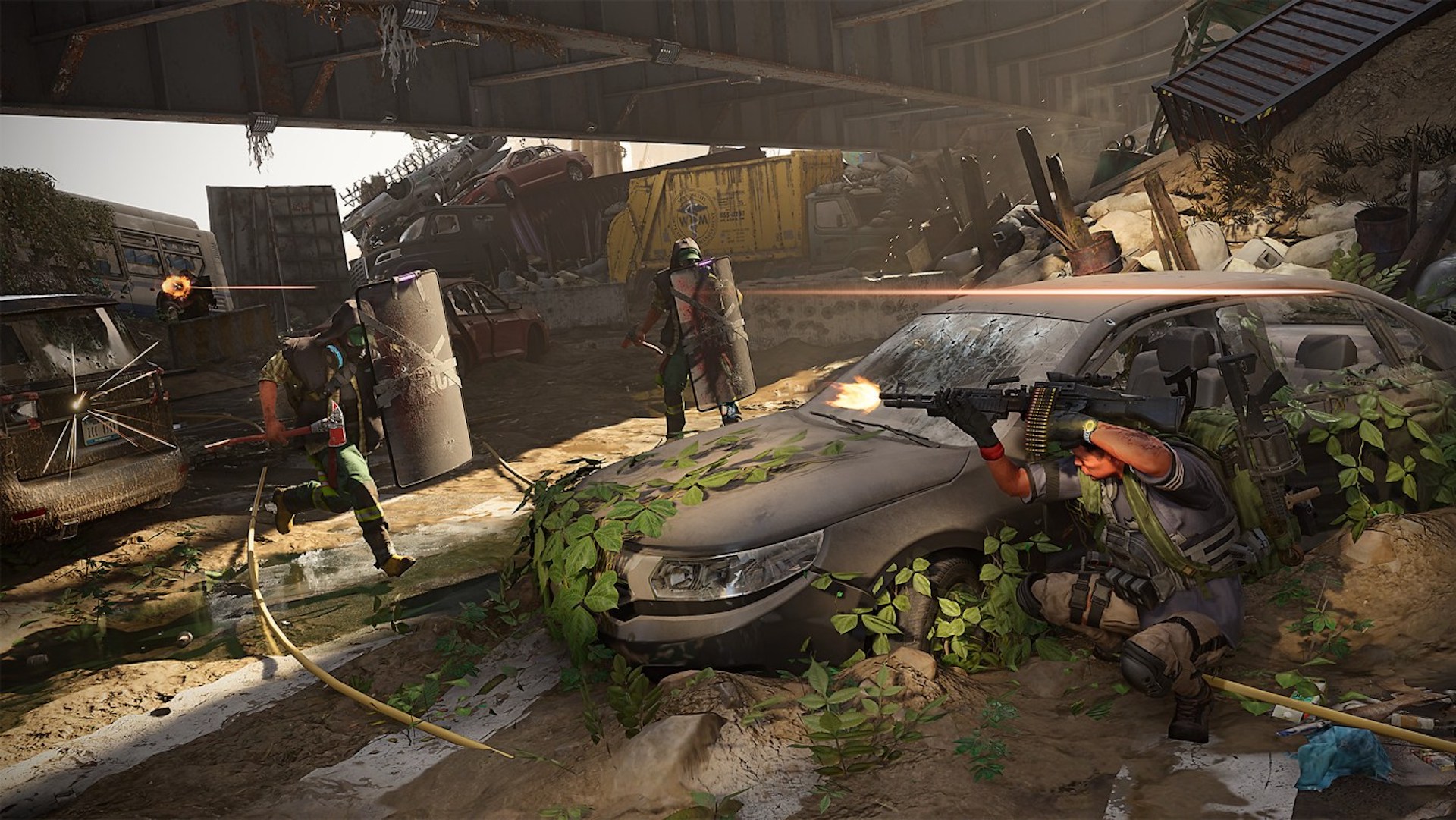 "The Division 2: Warlords of New York brings three major areas of focus for redesigned gameplay systems/modes, all coming from community feedback and enhancing the core mechanics of The Division 2."

Warlords’ launch is also accompanied by some significant changes made to the gear and progression mechanics in the base game. What motivated the decision to make these changes? What was the process of identifying the areas that need reworking like?

The Division 2: Warlords of New York brings three major areas of focus for redesigned gameplay systems/modes, all coming from community feedback and enhancing the core mechanics of The Division 2.

While the progression from 1-30 in Division 2 was a satisfying journey, feedback from our most committed players was that they had troubles in the endgame contending with the immense amount of RNG. One of the major ways RNG and loot was improved to be more satisfying for players is through the many changes made to Gear and Weapons. These changes all revolve around the desire for a more intuitive and understandable RPG system with more options for viable builds.

The UI has been updated to always show the roll ranges for each stat on a piece of Gear or a Weapon, and god rolls are back! This will increase readability and help you easily decide on its usefulness to your build, making inventory management faster and more streamlined. In addition, Gear will have clearer intended roles, making builds easier than ever before.

Our aim is to support more builds and diversity, by expanding on the variety and synergy between named items, brand sets, gear sets and skills. This will allow players to fine-tune their focus between Offensive, Defensive and Utility builds with the additional focus of core stats.

Aside from the major changes we are bringing to our Dark Zone PvPvE experience, no extensive changes have been done specifically to Conflict PvP elements.  However, the new Build freedom and diversity places more control in the players’ hands to tweak their build how they see fit for PvP encounters.

On the completion of Warlords on New York, we have also added the SHD Level Progression system for players entering endgame. Each level grants players with perk points to be invested to improve select stats and bonuses, replacing the Field Proficiency Cache system. SHD Levels allows you to invest points into one of four distinct Core Attribute categories upon reaching your next SHD Level, as well as a scavenging category granting you credits or crafting materials. The SHD Level system allows player to embrace and fine-tune their playstyles, as their character progresses alongside the world to keep them challenged.

We have also introduced Seasons for players that have completed the Warlords of New York campaign. Seasons take over all of the endgame aspects of the game to create cohesive experience using Seasonal Manhunt, Leagues, Global Events, and Apparel Events, across New York and Washington DC. All activities the player engages in will progress their Season Level and SHD Level, regularly rewarding players for their progression. 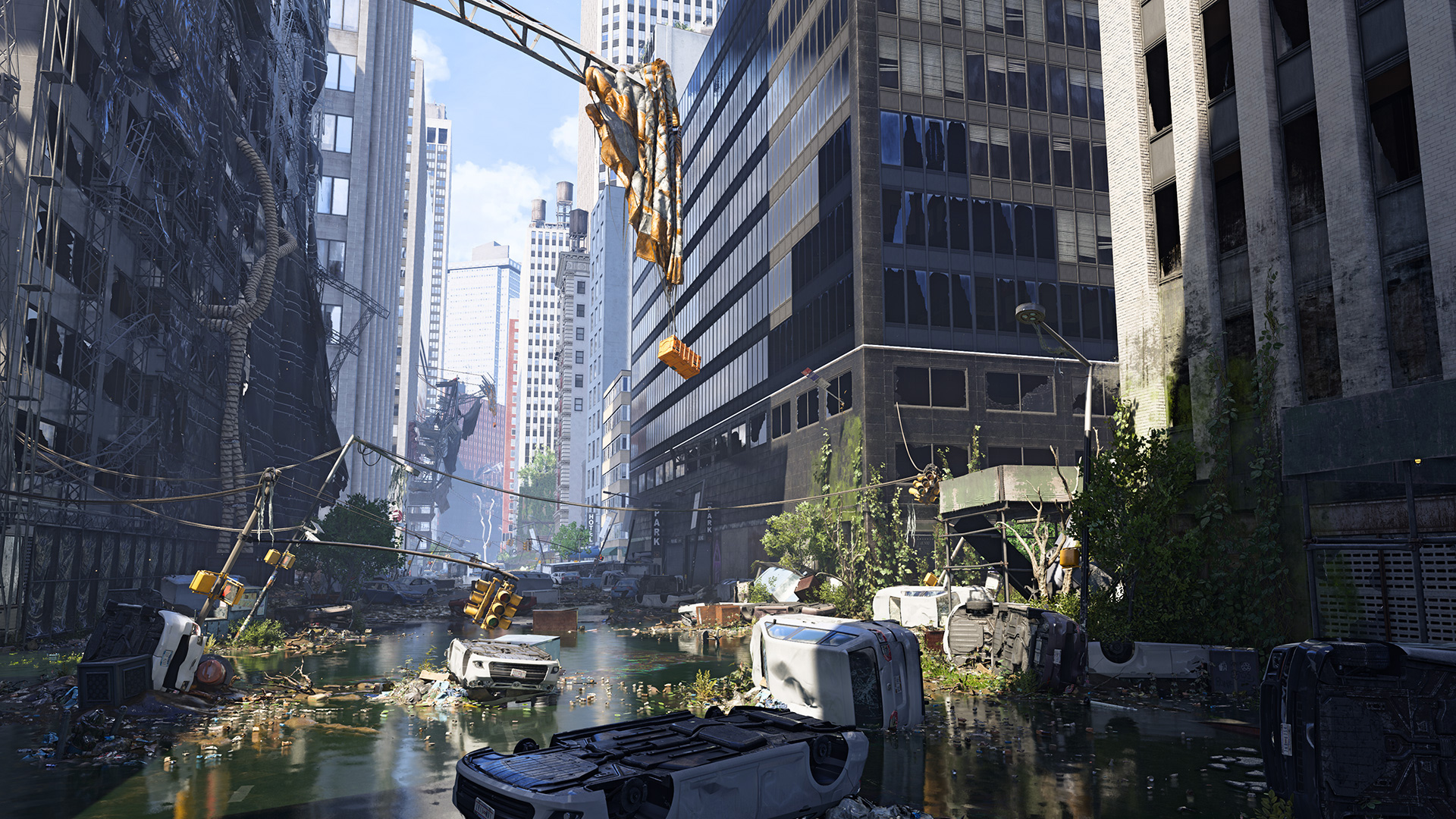 "A Seasonal approach also means that we can deliver a narrative continuation that unfolds over time. With our manhunts, we can keep the story advancing one target at a time and create a coherent story from one season to the next."

Warlords of New York also represents a shift in how The Division 2 will be handling seasonal content going forward. Can you talk about how much it will be changing, and what the biggest impact of this will be on things such as new content and player engagement?

Before Warlords of New York, players had to set their own goals and decide on their own what activities they should be focusing on, depending on their needs. While some players enjoy this level of freedom, it also could discourage others as they felt overwhelmed with the possibilities and didn’t even know where to begin. The game was not doing a good job at helping them decide what they should be playing.

Seasons aims at addressing that, by giving you a complete roadmap of activities, and very clear goals to work towards. By engaging with Seasons, players will be given new activities and objectives every week, helping them plan and decide how to spend their time ingame. Seasons also help making sure that anything you do contributes to a greater goal, meaning that you never feel like your time is wasted.

A Seasonal approach also means that we can deliver a narrative continuation that unfolds over time. With our manhunts, we can keep the story advancing one target at a time and create a coherent story from one season to the next.

Finally, having a seasonal cadence also means for us that we allow ourselves to be a bit more reactive to what is the day to day reality of our players. By having seasonal deliveries, we can make sure to address our players needs at a faster pace and work on shorter term goals.

Warlords of New York’s campaign locks players out of Washington DC until the campaign is finished. What prompted this decision? Have you given any consideration to reversing this, or is it necessary for balancing purposes?

We want players to experience the Warlords of New York campaign as a coherent story. In order to do that, when players initiate the transfer to New York City, we ensure that they remain in this area until they completed the story part of the expansion. 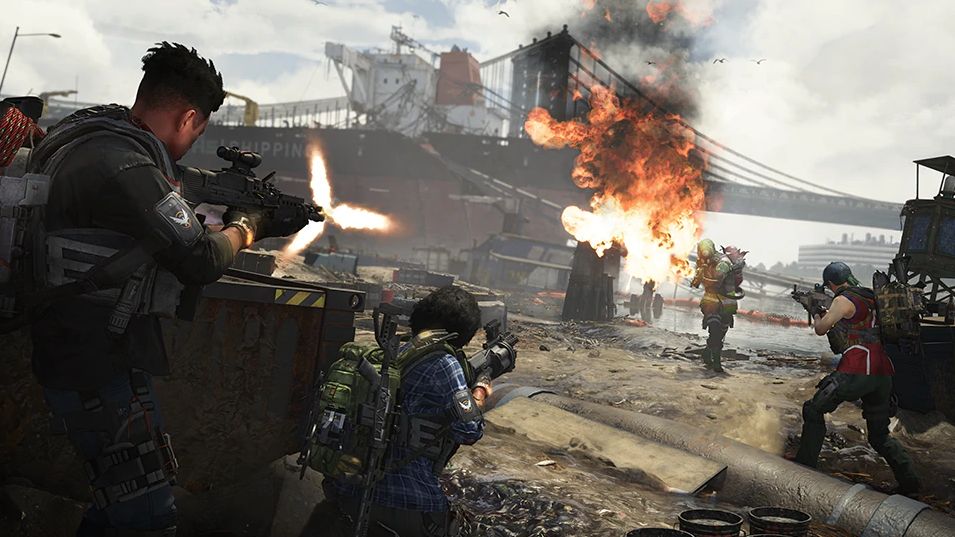 "Everybody was very excited at the idea to go back to New York City. This is where the story of The Division began, and that’s also where we spent a lot of time creating content as developers. New York is so engraved in The Division that for us it was clear that we would want to go back there eventually."

The decision to go back to New York is an interesting one, and one that fans of the original game especially are quite pleased with. As developers, how exciting was it for you to return to the first game’s setting while making sure that it felt like it’s own different thing rather than something that was too familiar?

Everybody was very excited at the idea to go back to New York City. This is where the story of The Division began, and that’s also where we spent a lot of time creating content as developers. New York is so engraved in The Division that for us it was clear that we would want to go back there eventually. But we also wanted to make sure that it felt different. Recreating the same New York as The Division would have felt quite repetitive both for us and our players. Fortunately, since the timeline advanced by several months between The Division and The Division 2, we had a perfect opportunity to transform it even further and create a completely new take on New York. This was a fantastic opportunity and challenge for the entire team, and one that they did a pretty good job at facing and solving.

Are there plans for more paid expansions for The Division 2 down the line?

The release of Warlords of New York wasn’t that long ago! The team is fully focused on making sure this is the best The Division experience to date, and with more seasons coming and our second raid we already have a lot of things to look forward to in the future!

Is there any chance that you might considering bring The Division 2 to the Switch? Do you think the Switch’s hardware is capable of running such a game?

While we are always excited to work with new technologies and follow the evolution of the industry, we have no plans to bring The Division to Switch at the moment.

"Right now we are focusing on addressing community feedback and updating the game on the current generation. "

Are there any plans to launch The Division 2 on the PS5 and Xbox Series X?

It’s always thrilling to witness the launch of a new console generation, and as I said earlier, as developers we’re always looking at innovative tools and ways to bring our games to players. Right now we are focusing on addressing community feedback and updating the game on the current generation.