Consider this as an initial report which may change based on further findings.

Update: The game runs at a dynamic resolution on the Xbox One

Like many others, GamingBolt had its time with the closed beta for Tom Clancy’s The Division on the Xbox One. Much to our surprise, our initial findings suggests that The Division is running at 1080p resolution on the Xbox One. Rumours pegged it as running at a sub-HD resolution like many other third party titles in the past but it seems Ubisoft Massive has pulled off some magic.

Pixel counting wasn’t easy on The Division as it uses a lot of post processing effects (much like Need for Speed) to remove steps from the edges. Fortunately we found some crisper steps which allowed us to count the pixels and ascertain the resolution, which basic maths indicates to be 1080p. However, we will investigate further and follow up with a full report tomorrow, including a head to head analysis versus the PS4 and PC versions. So consider this as an initial report which may change based on further findings.

Even if Ubisoft Massive managed a 1080p resolution, there are still a few other pertinent issues like frame rate drops, issues with the level of detail, and NPCs loading in quite late at times. We’ll cover these in more detail along tomorrow so stay tuned for more information.

Tom Clancy’s The Division is out on March 8th for Xbox One, PS4 and PC. What are your thoughts on the beta thus far especially when compared what was initially showcased at past E3 events? Let us know in the comments below.

Images used for pixel counting: (the red triangle is where we counted pixels) 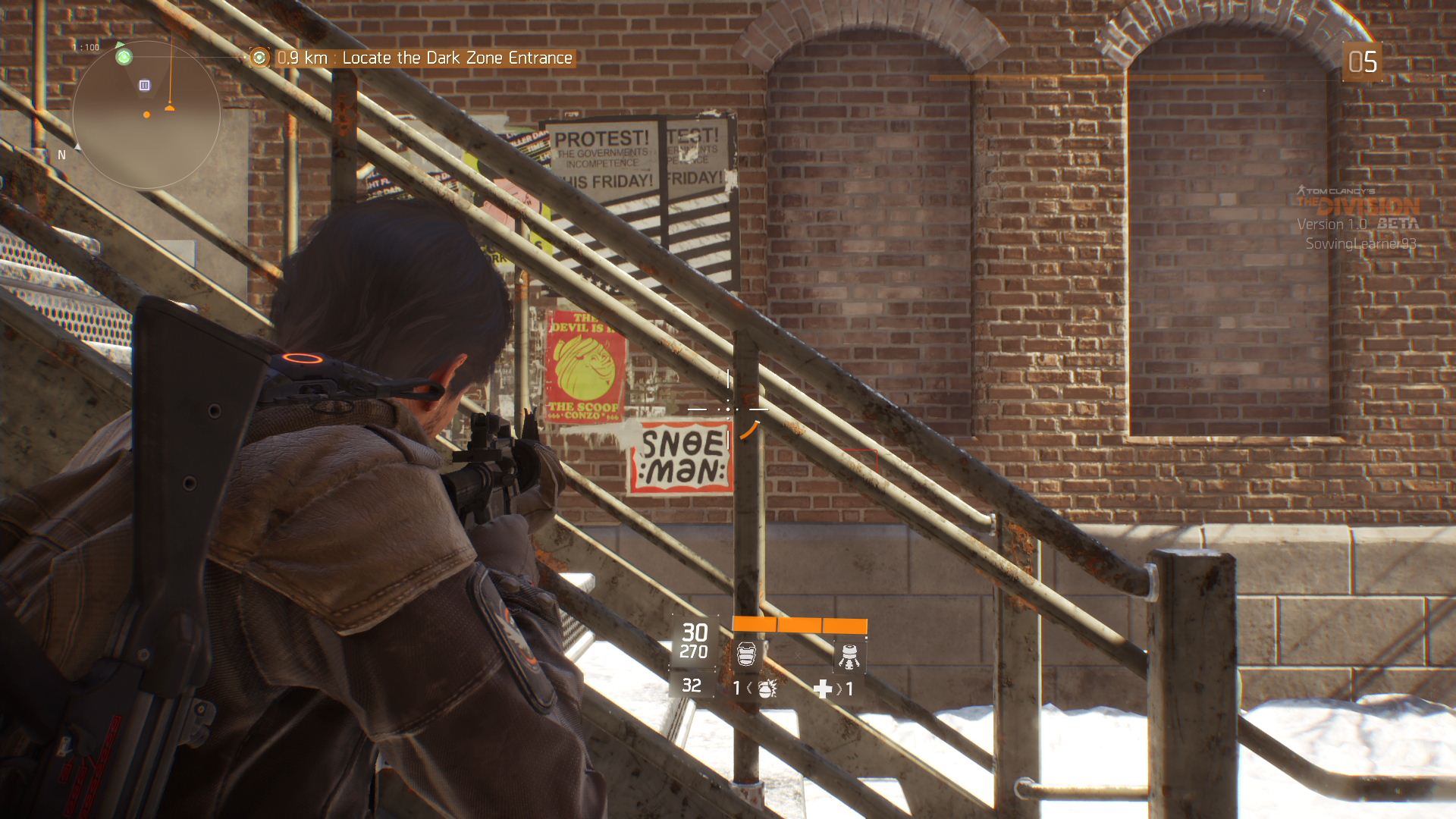 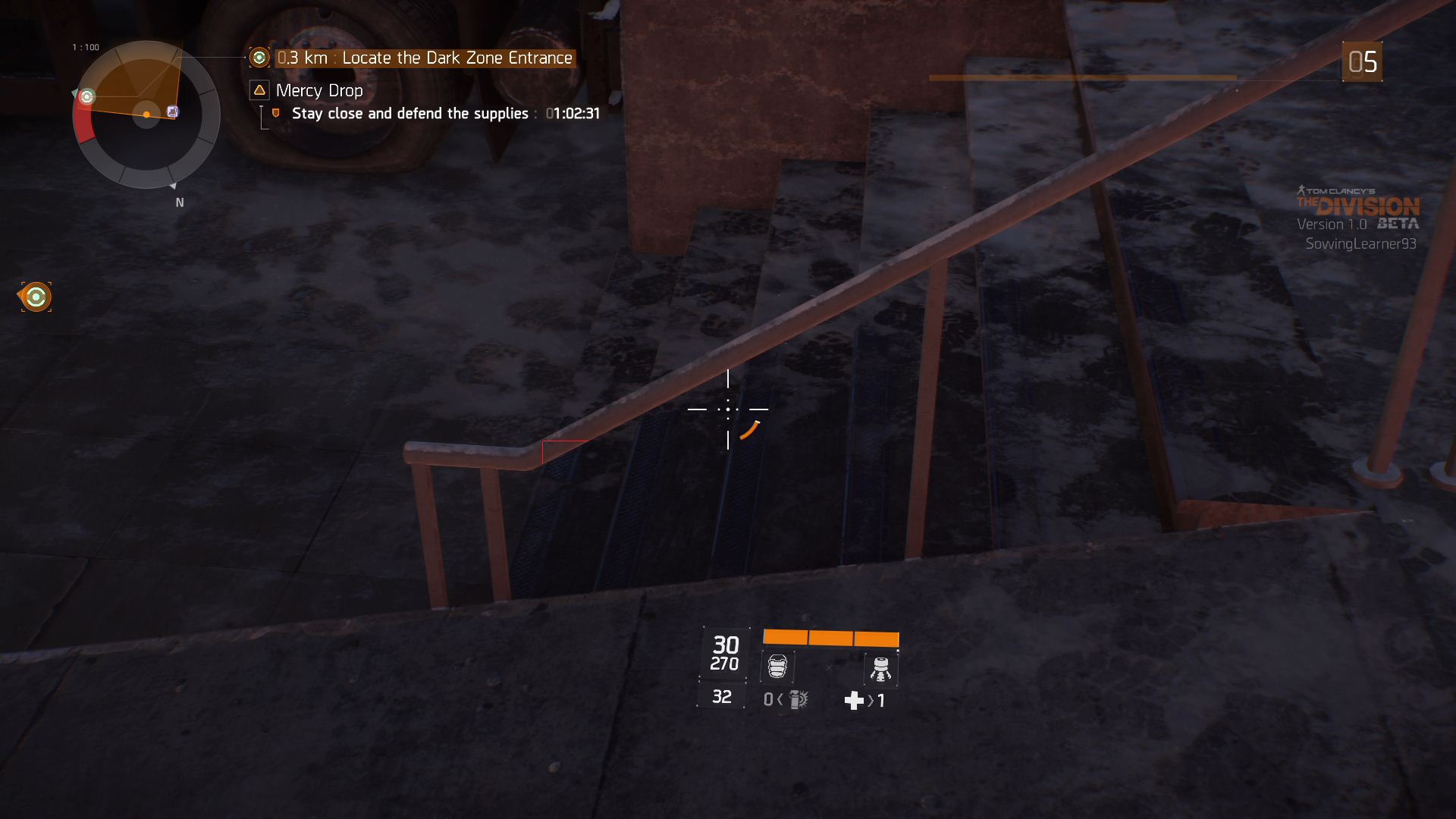